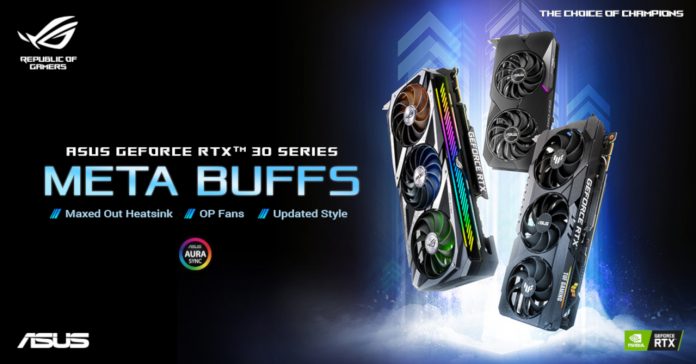 Earlier today (in PH time), NVIDIA unveiled its new line of GPUs: the long-awaited RTX 30 series. This new line of graphics cards promises to be massive upgrades to the previous generation of GPUs. In fact, the RTX 3070 (the most affordable of the bunch) is said to be faster than the RTX 2080 Ti which was the previous flagship GPU from NVIDIA.

With PC gamers eagerly awaiting the release of the new RTX cards, various manufacturers such as ASUS have announced their own RTX 30 line of GPUs. ASUS’ lineup includes the ROG Strix RTX 30 series, the TUF Gaming RTX 30 series, and the Dual RTX 3070 GPU.

First up, we have the ROG Strix series which includes RTX 3090, RTX 3080, and RTX 3070 cards. The ROG Strix RTX 30 series is billed as the top choice for PC gamers who want uncompromising gaming performance as these GPUs pack improved thermal design that’s paired with the powerful performance of the NVIDIA Ampere architecture.

On top of top-notch thermal design and performance, gamers with an ROG Strix RTX 30 series GPU will also be able to take full advantage of various NVIDIA tech, including real-time ray tracing and DLSS 2.0, both of which make for a much improved gaming experience for titles that support them. 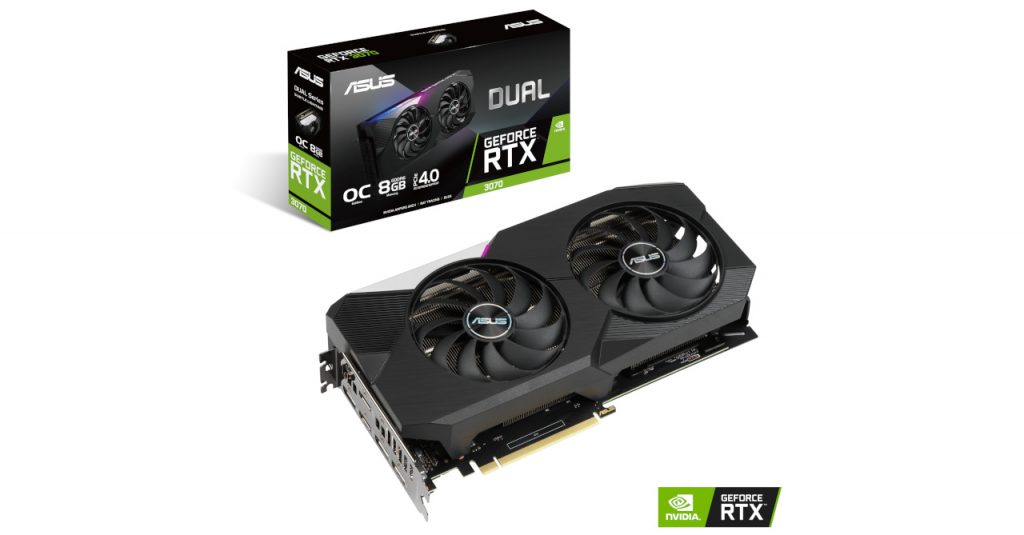 Finally, we have the ASUS Dual GeForce RTX 3070, the most budget-friendly of ASUS’ RTX 30 series that’s designed for well-balanced rigs. While it may not have the raw power of the ROG Strix or TUF Gaming line, the Dual RTX 3070 still promises impressive performance, all at a smaller form-factor with dual fans.

The ROG Strix, TUF Gaming, and Dual NVIDIA GeForce RTX™ 30 Series GPUs will be available worldwide in September 2020. Pricing and availability of these cards in the Philippines have yet to be announced.

- Advertisement -
Previous article
Get up to 50% off on Gunpla at the official Gundam Lazada store on September 9
Next article
The Outer Worlds: Peril on Gorgon DLC First Impressions (PC) | There’s Mystery In the Air