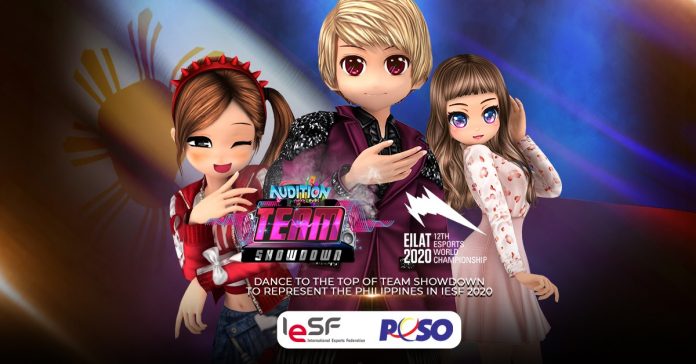 Last month, the International Esports Federation (IeSF) announced that the rhythm dance game Audition Next Level has become a promoted title under the IeSF World Championship Tournament which will be held in Eilat, Israel on December 6-12, 2020.

Posted by Audition Next Level on Sunday, September 27, 2020

The qualifier for the Audition IeSF World Championship took place over the weekend with a 3-on-3 match for the eliminations until the finals. The winning team in the Philippine Qualifier is Team ARMY. With their win, Team ARMY is set to go into a triple-header match for the right to be the official Philippine Representative to the online Qualifying Rounds starting October this year. The Qualifying Rounds winners will then get to compete at IeSF Grands Finals in Eilat, Israel.

Thanks to their win, Team ARMY has won the lion’s share of the PHP 100,000 worth of prizes. Plus, the team’s travel and accommodation expenses will be covered by PlayPark Inc. should they win or reach the grand finals.

For more info on the tournament, visit the official Audition Next Level Facebook page.