Tons of quality shows and films to watch this month! 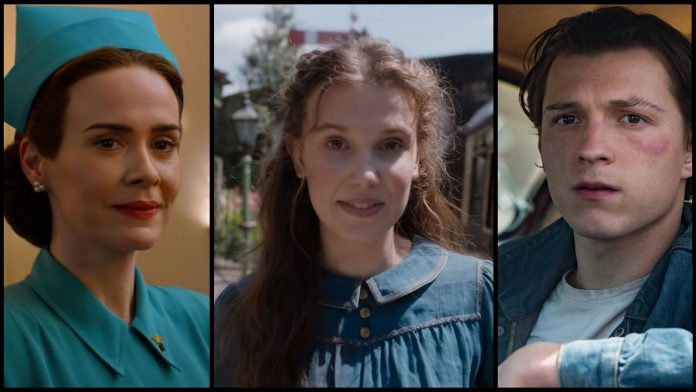 Can you believeit? We are already entering the first “ber” month of the year. Yet, it seems that all of our activities and plans are all on pause; whether its a nature getaway that flew out of the clouds or if you’ve been wondering where your pre-order went because of a delivery delay. A lot of people who are stuck at home spend most of their spare time binge watching their favorite series on Netflix. Because of this, some of you may be craving new things to watch.

Fret not though as the huge library of shows on Netflix is now getting even bigger this coming September. Netflix is adding even more original shows, TV series and movies for everybody, so mark your calendars as these shows are premiering this upcoming month.

Starring Hillary Swank (Million Dollar Baby), Away takes us to space as a group of astronauts head on their mission to Mars. This journey follows Emma Green (Hillary Swank) as one of the astronauts; though as always in space, everything could go wrong does go wrong, leading Emma on a desperate journey back home to her family. If you love Interstellar or any movies/series that are set in space, you should give Away a try right now.

When people think of a Korean zombie film, the first thing that will come in mind is definitely Train to Busan or the series Kingdom on Netflix. This 2020, a new Korean Zombie flick has risen. #Alive was initially released on South Korean theaters last June 24, 2020 and it follows a stranded gamer named Oh Joon-woo (Yoo Ah-ih) as he fends off the undead that tries to break-in to his flat. With limited supplies and the threat of the dead, outside will Joon-woo survive this Zombie Apocalypse alone?

Devil All the Time – September 16

Psychological horror fans will sure have the thrill that they are looking for as the Devil All the Time arrives this September. Evil surrounds Knockemstiff, Ohio and its unfortunate victim is Arvin Russell (Tom Holland) as that very same evil gather to terrorize him and his family peaceful life. With familiar faces like Tom Holland, Robert Pattinson, Sebastian Stan, Devil All the Time is definitely something to look out for.

Sarah Paulson (Glass) stars in this psychological suspense horror that tells the origins of the Big Nurse from the 1975 film One Flew Over the Cuckoo’s Nest film– Nurse Mildred Ratched. The series follows Nurse Ratched as she seeks employment at the psychiatric hospital in Northern California where new and inhumane experiments are being held. It’s set 15 years before Nurse Ratched arrives at the mental institute of Salem in Oregon, and will explore why and how she become the cruel nurse that she was known for.

Capcom’s action, role-playing video game Dragon’s Dogma will debut its very own animated series! Get ready to face towering dragons all-over again and see the world of Dragon’s Dogma all over again.

Aside from these films and shows, there are even more content coming to Netflix this September:

Freaks You’re One of Us – September 2

- Advertisement -
Previous article
AMD announces the Streamer Challenge 2020
Next article
The Witcher 3: Wild Hunt is coming to the PS5 and Xbox Series X