The group is also releasing a new EP soon! 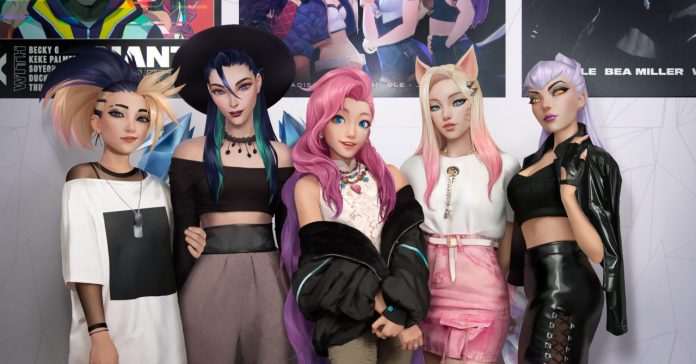 Following the release of the group’s first new song in nearly two years, Riot has confirmed that virtual music group K/DA will perform on stage at Worlds 2020. Unlike their previous performance at Worlds 2018 though, K/DA will be joined by Seraphine!

The news of K/DA’s upcoming performance was announced in a recent Media Preview event for Worlds 2020. There, Riot Music Group Head Toa Dunn dropped the announcement. Aside from the group’s stage performance though, K/DA will also release a new EP.

Currently though, there’s no word yet on how many songs the new EP will have.

In case you’re unfamiliar, K/DA is a virtual K-Pop girl group consisting of LoL champions Ahri, Akali, Evelynn, and Kai’Sa. The group debuted at Worlds 2018, with the members being played by Miyeon (Ahri) and Soyeon (Akali) of (G)-idle, as well as Madison Beer (Evelynn) and Jaira Burns (Kai’Sa). After over a year since the release of their first song Pop Stars, K/DA released their latest song The Baddest just three weeks ago. For this new song, Evelynn and Kai’Sa are played by Bea Miller and Wolftyla respectively.

Seraphine meanwhile is a virtual musician that’s likely the newest LoL champion. While Riot has not confirmed anything about Seraphine, it’s likely that she’s a new champion that will be announced at this year’s Worlds.

Worlds 2020 is happening in Shanghai from September 25 to October 31, 2020. K/DA’s live performance will take place during the Worlds 2020 finale in October.