NBA 2K21 Review | Not the Slam Dunk we Expected

It's still pretty fun overall though. 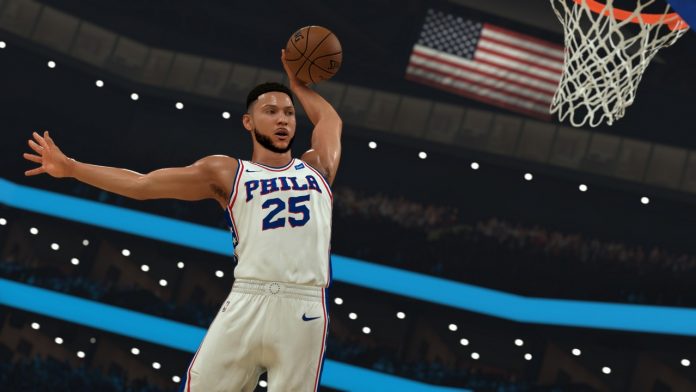 Among my peers, I’m not really the biggest sports fan, so it’s a bit weird for someone like me to be playing a sports game. But still, as with most Pinoys, I’m familiar with the NBA 2K series. In fact, it’s one of the few sports games that I have fairly fond memories of playing back in the day.

Anyway, my opinion about NBA games haven’t really changed. Even though I’ve played NBA titles from 2K12, or the newer NBA 2K20, I don’t really think there are a lot of improvements year on year. Sure, graphics continue to get better, and more game modes are added, but the overall experience hasn’t really changed much.

So what about NBA 2K21? Well, it’s pretty good, but it’s basically more of the same.

Some new tricks, but it still feels like last year

It shouldn’t come as a surprise that NBA 2K21 doesn’t really feel new. Though this time, 2K added some variety to the same game that they’ve been selling for years. Perhaps one of the biggest change was the shooting mechanics with the new Shot Meter and Shot Stick aiming.

The new shot meter aims to make the game feel more realistic in that players will now find it a bit tougher to hit jump shots. Basically, instead of waiting for the green bar to fill, players must release the shot button within the meter’s yellow marker. This means it’ll be much more difficult to hit shots for a lot of players which incentivizes proper shot selection and ball movement to find an open shooter. As for the revamped Shot Stick Aiming, that also has quite a learning curve, especially if you’re used to using a button to shoot (but more on that later). 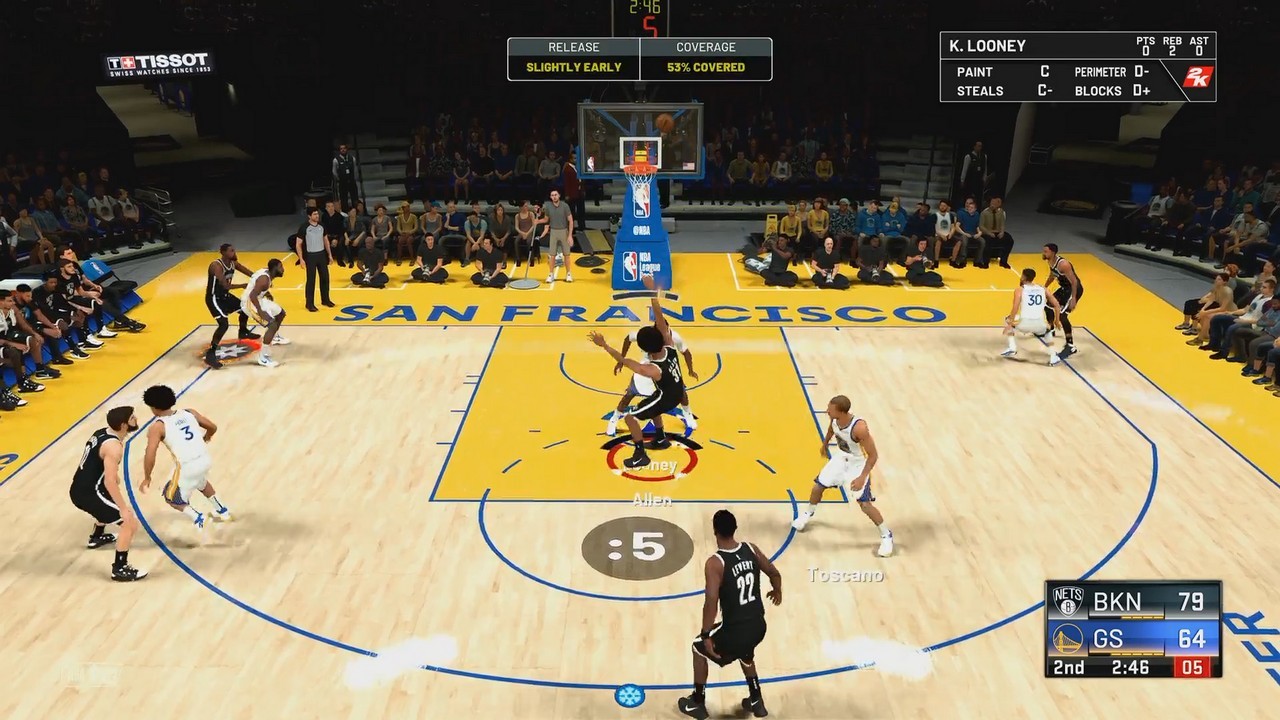 While these changes can take some time of getting used to, the rest of the game feels pretty much like last year’s NBA 2K20; barring the updated team roster of course. Though visually, it does look a bit better personally. That’s on current-gen consoles though, so expect more improvements when this game gets ported to the next gen consoles. 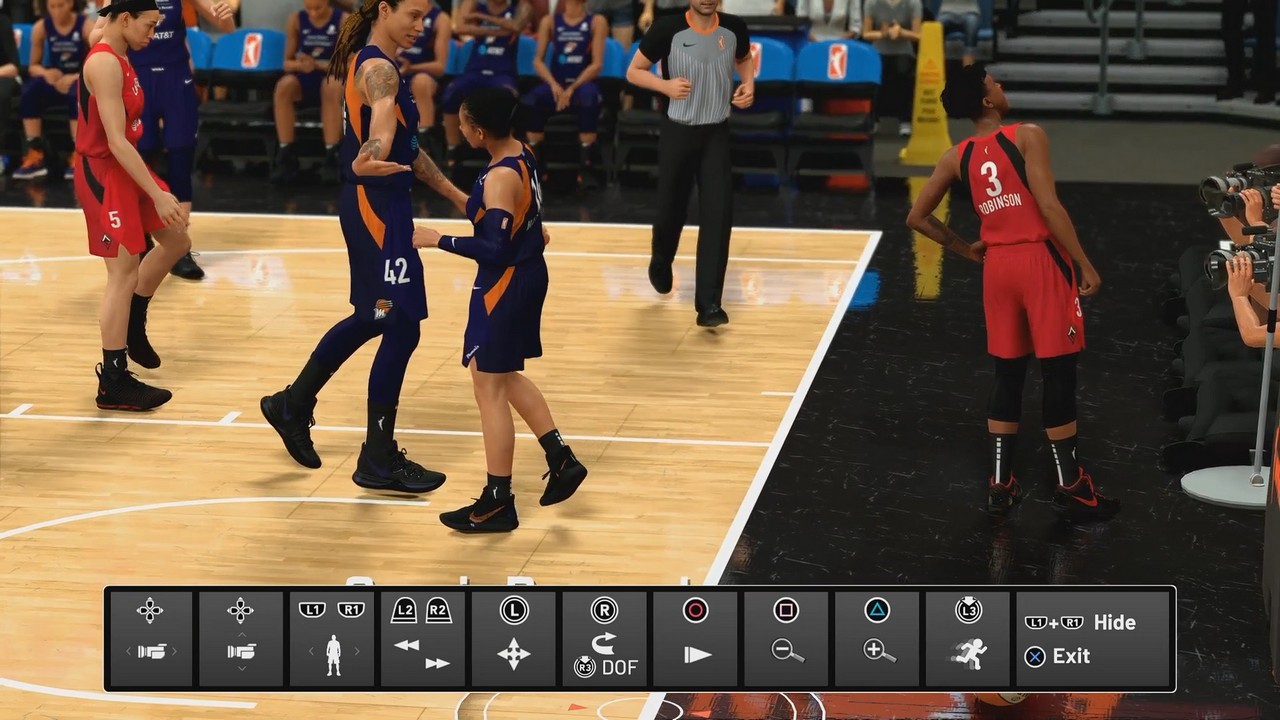 At the time of this review’s writing though, there were times when visual bugs happened. While these bugs do not happen too often, they can take away from the experience when you’re playing.

For the Sweat Enthusiast

Bouncing off to the game modes, MyTeam, MyCareer, and MyGM/MyLeague make an unsurprising comeback to the game. MyGM/MyLeauge is perhaps my least favorite as it essentially a manager simulator; doing business meetings and making business choices for your team. Though there are a lot of players who love this game mode, and if you are one of them, you’ll likely be satisfied. 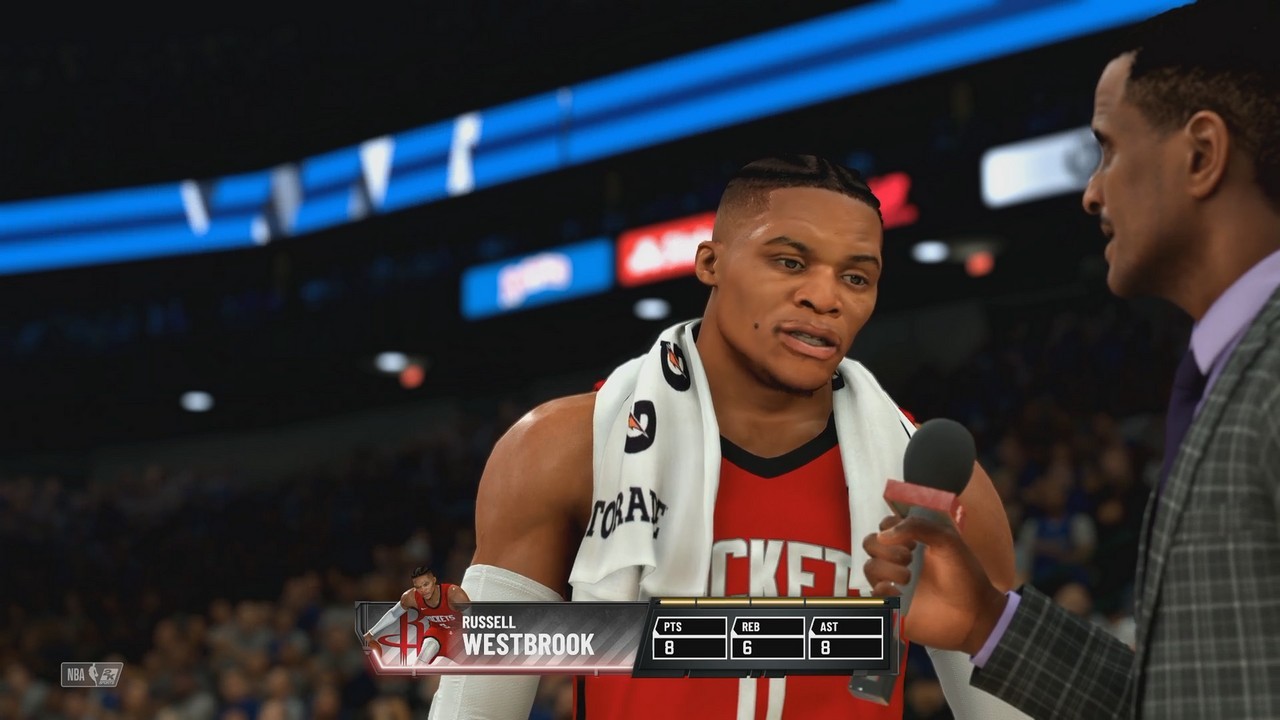 Meanwhile, MyCareer has a more engaging narrative as you play as a Junior who embarks on a personal basketball journey aiming to live up to your father’s legacy and build up your own spot for the NBA. I’ll have to admit, this is something new for me to experience since I never payed much attention to this mode from the past entries. But I have to say, the narrative is pretty good and should be a good incentive for players to play more of the mode. 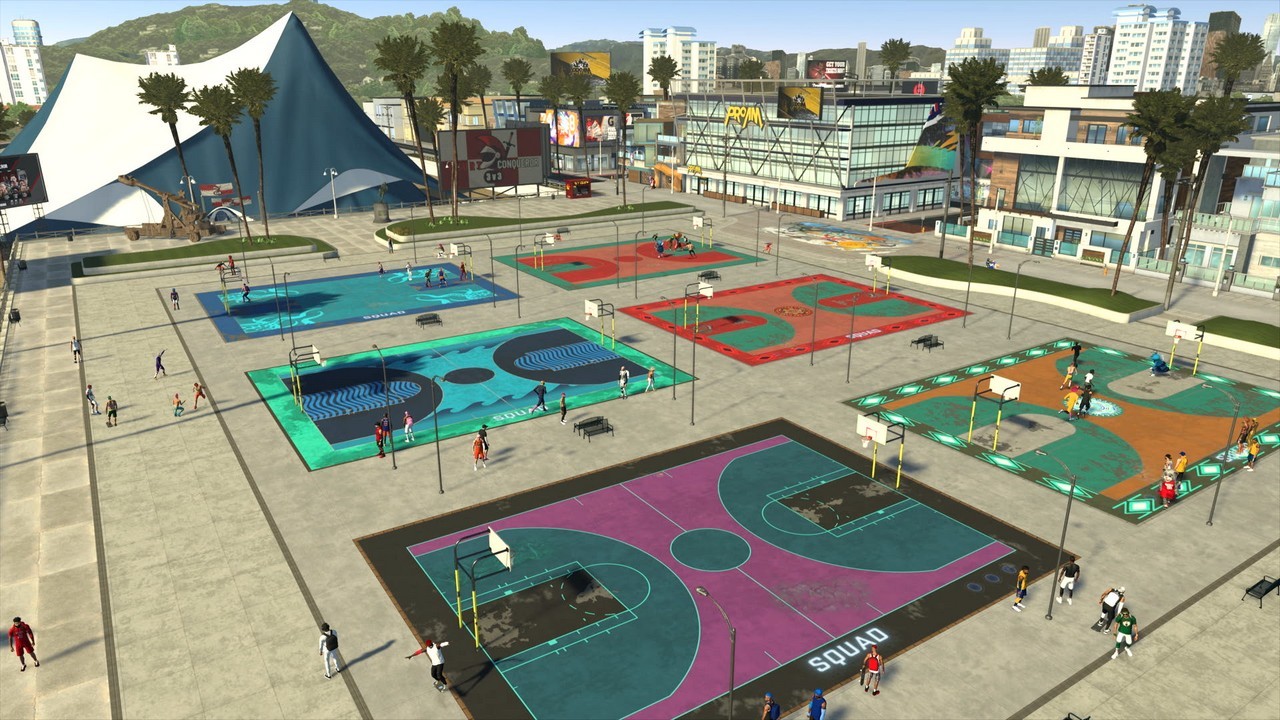 Another returning mode is the MyTeam where you collect fantasy cards based on NBA stars, Both from the past and present. By collecting these cards, you can build your very own team. While on the topic of collecting cards, as with previous entries in the series, this mode has quite a lot of microtransactions. In fact, many people have complained about them already as it can feel pay-to-win. 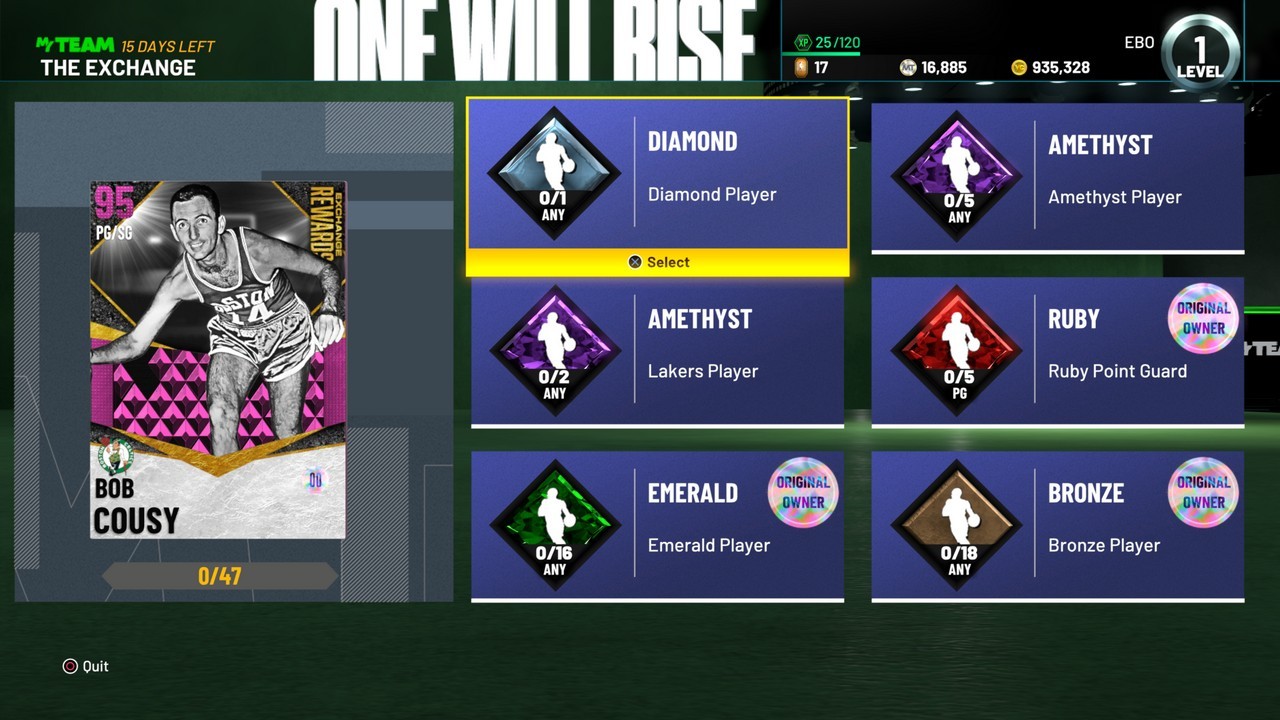 Compared to 2K20 though, 2K21’s season pass is a bit more tied with your game performance and activity. The in-game currency aka ‘Virtual Currency’ can be earned by playing through MyCareer and MyTeam modes by letting your character contribute through games. That’s not to say that the microtransactions aren’t predatory though; I still would’ve liked this aspect to be toned down.

Be a real Pro with the Pro Stick

Perhaps the biggest change of this entry is the revamped Pro Stick (or Shot Stick Aiming) for more experienced players. People might love or hate this change as they need to get a hang of these updated shooting mechanics, especially when compared to the timing based button press.

While Pro Stick shooting isn’t exactly new, NBA 2K21 adds more depth to it. Instead of just timing the release of the right analog stick like before, players must now aim for the yellow spot at the meter using the stick. For players who are used to the previous style, this might be a bit tough, especially as it is a bit more reliant on aim than on timing. 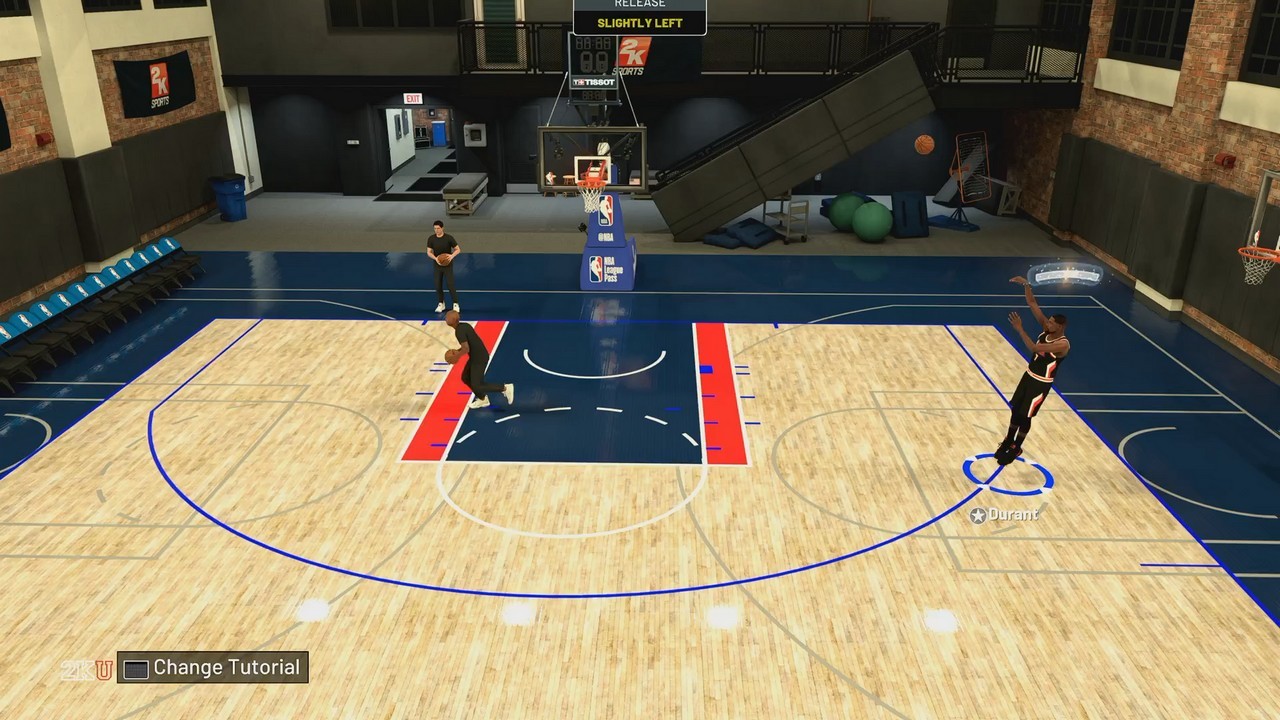 Still there are lots of factors to consider to score a hoop like the percentage of blockage the opposing team has made during the shot, or if your character is a good shot. 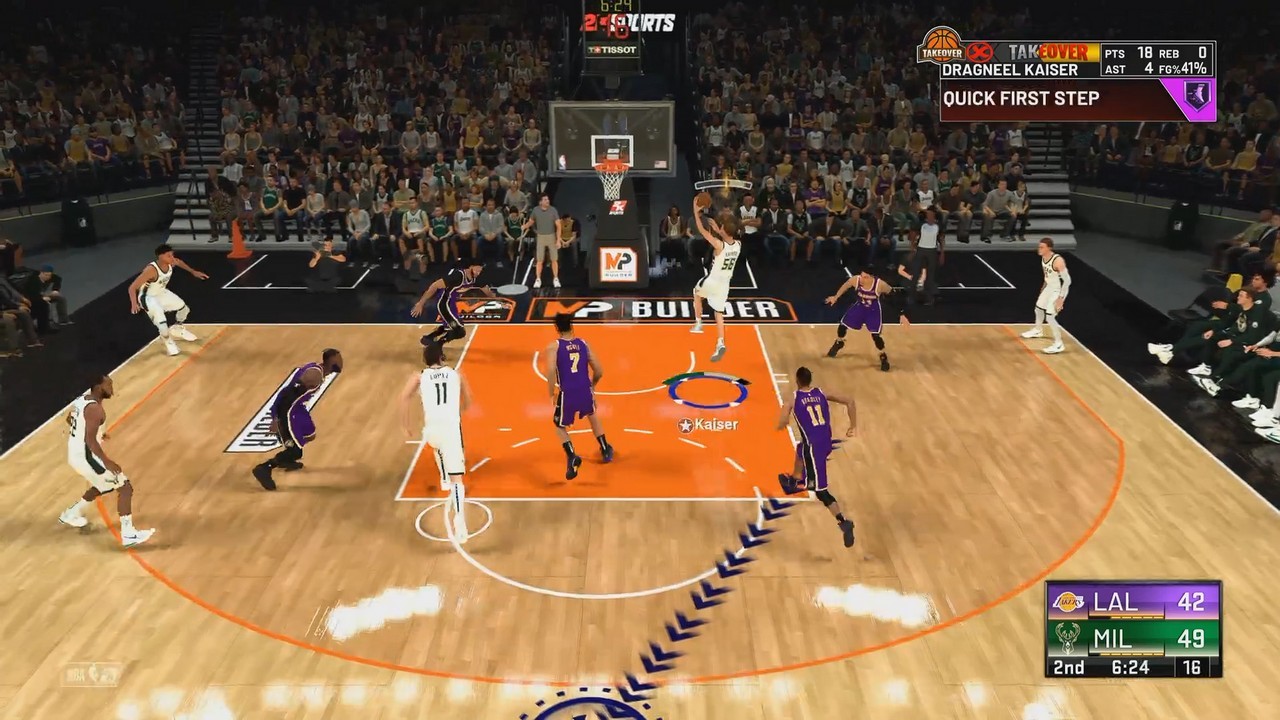 Many were complaining about this addition, but I find it as an improvement as the revamped pro stick also affects dribbling, which surprisingly made it even more fun. Perhaps one of my complaints is the feel of momentum. When your character goes into a drive and makes a sudden stop, they tend to stop on their tracks for 2 seconds or sometimes they go out of bounds. This might be just me not knowing how to use the dribbling mechanics properly, and there might a chance that this problem does not really exist. But during my game time, it really felt a bit off. So take it with a grain of salt.

NBA 2K21 has quite a bit of new additions to gameplay like the shot meter and revamped pro stick. But overall, NBA 2K21 isn’t really far off from last year’s title. Plus, there are still a load of microtransaction in the game, which might turn off som eplayers.

Despite not being perfect, NBA 2K21 combines and improves the good elements of its predecessors, albeit minimally. While it’s definitely a fun game for NBA fans (and basketball lovers in general), there isn’t much new here. Plus, with next-gen on the horizon, it may be better for some next-gen console early adopters to wait for the PS5/Series X|S release. If you can’t wait though, the Mamba Forever Edition comes with a free next-gen upgrade, but it has a premium price tag to match.

NBA 2K21 is a fun game for basketball fans, and it's a solid experience overall, but it doesn't really bring anything new to the table except for revamped shot mechanics. Plus, the amount of microtransactions can turn off some players.NBA 2K21 Review | Not the Slam Dunk we Expected