A small upgrade to a great mid-ranger. 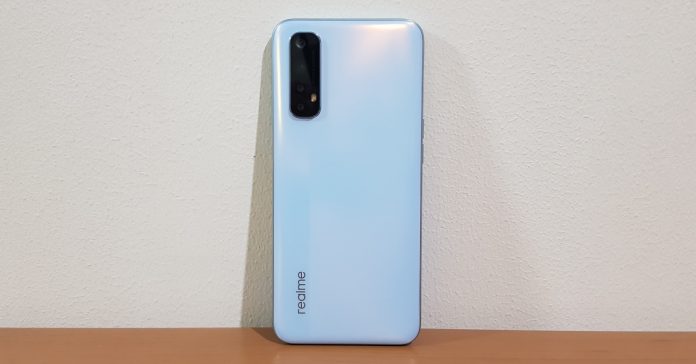 realme Philippines has just launched the new realme 7 series in the Philippines! While the Pro version is the more powerful and premium of the two, the base realme 7 should not be ignored. Aside from having a capable processor and a quad camera setup, the realme 7’s display is actually bigger than its Pro counterpart; not to mention that the 7’s display has a 90Hz refresh rate. 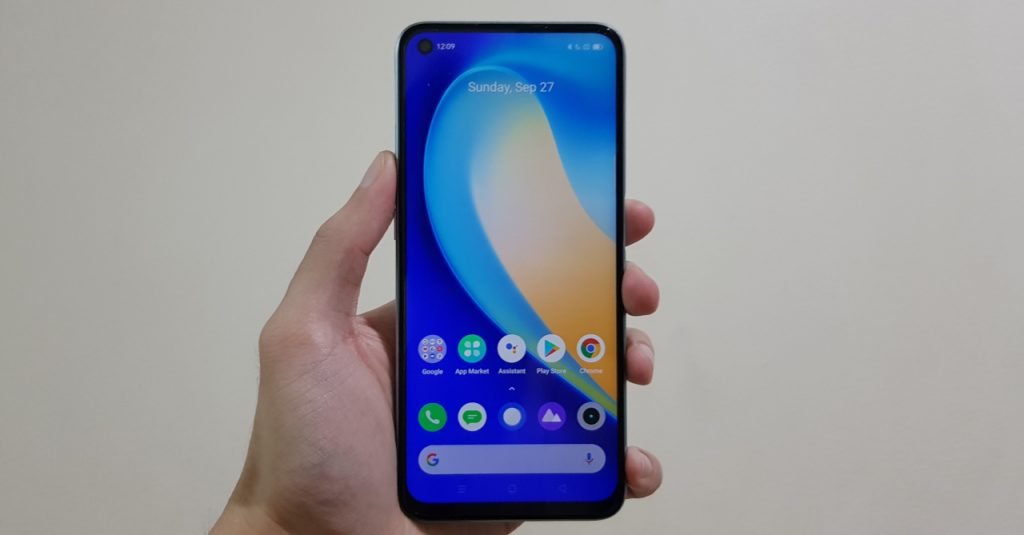 On paper, the realme 7 has a lot going for it, especially at its price tag. Of course, specs aren’t everything as a phone must also deliver in actual use. So is the realme 7 a worthy mid-range option right now? Find out here in our full review! 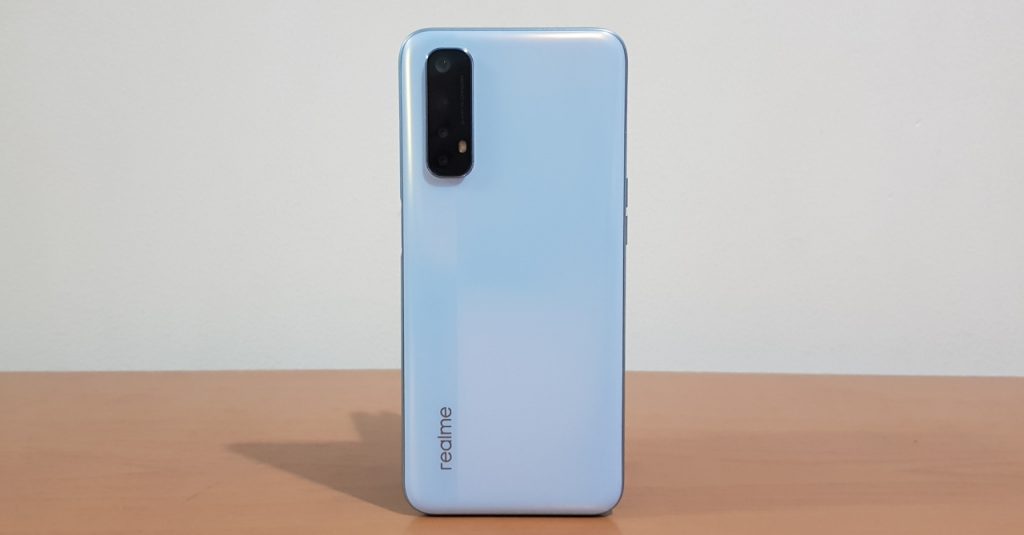 For its mid-range smartphones, realme has often gone with striking designs that are highly reflective. While they’re eye-catching, previous realme phones are fingerprint magnets, meaning a case is pretty much required. For the realme 7 series though, realme has instead gone with a matte finish. 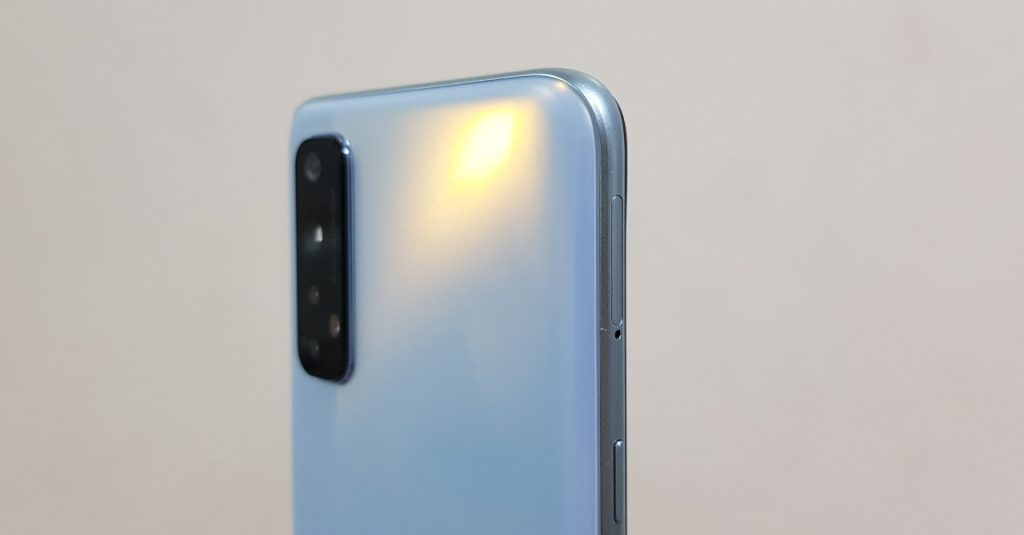 Even though it may not be glossy like its predecessors, the realme 7’s matte back is still quite eye-catching and stylish. Plus, even if it’s matte, the back of the realme 7 is still reflective, making for a nice shine when light hits it.

At the front, you’ll see the realme 7’s 6.5-inch display with slim bezels and a holepunch notch. The screen is also protected by Corning Gorilla Glass 3, meaning it should be scratch-resistant. When compared with the realme 6, the realme 7 looks practically the same, with both phones sporting what seems to be exactly the same screen. 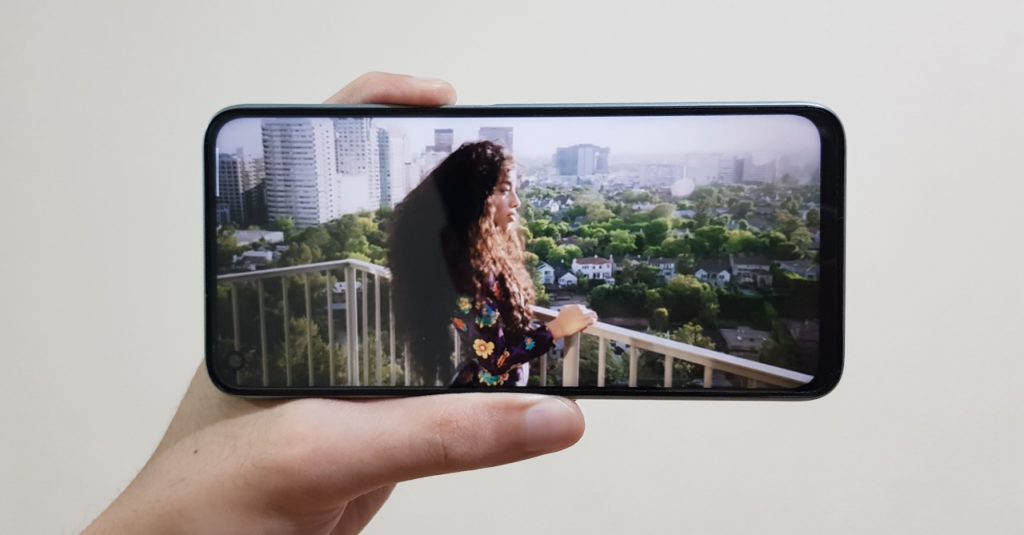 The realme 7 has a 6.5-inch display with a Full HD+ (1080 x 2400) resolution and a 90Hz refresh rate. For binge-watching, the realme 7’s screen is not bad at all, with 1080p movies/shows looking sharp and clear with good colors (for an LCD display). Plus, the tiny holepunch notch is barely noticeable when watching movies or series given its placement on the upper left.

As for onboard audio though, the realme 7’s bottom-firing speaker should be good enough for watching videos or listening to some songs here and there. But if you’re planning on a movie marathon or a long listening session, headphones or external speakers are recommended. Good thing you can connect external audio via the phone’s 3.5mm headphone jack (a feature that’s increasingly being omitted).

The realme 7 is powered by a MediaTek Helio G95, an upgraded version of the G90T used in the realme 6. Given that both processors don’t differ all that much in performance, the realme 7 performs at around the same level as the realme 6 for gaming. 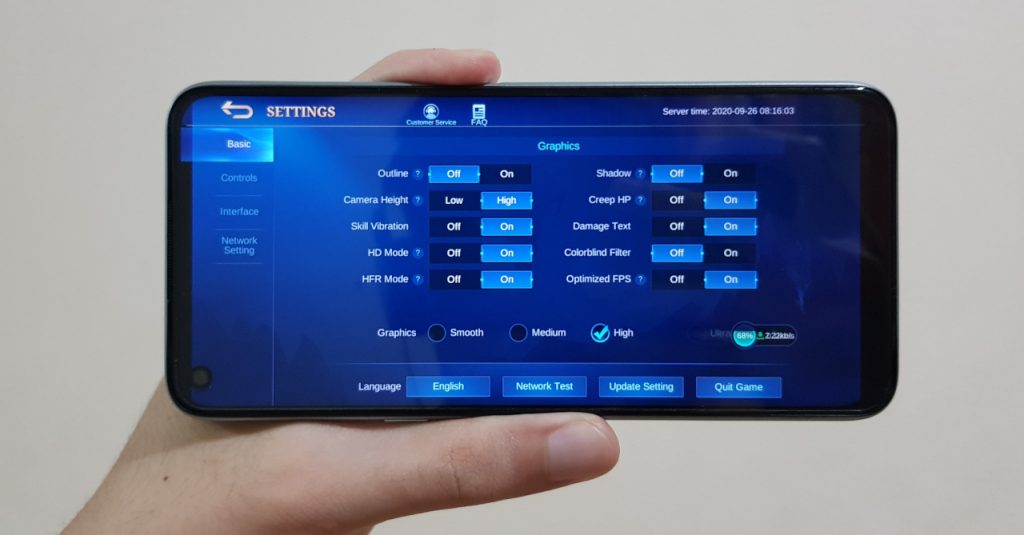 For example, games such as Mobile Legends: Bang Bang can run smoothly at High graphics setting on the realme 7. If you play other, less hardware-intensive games, the realme 7 will have no problems running them, 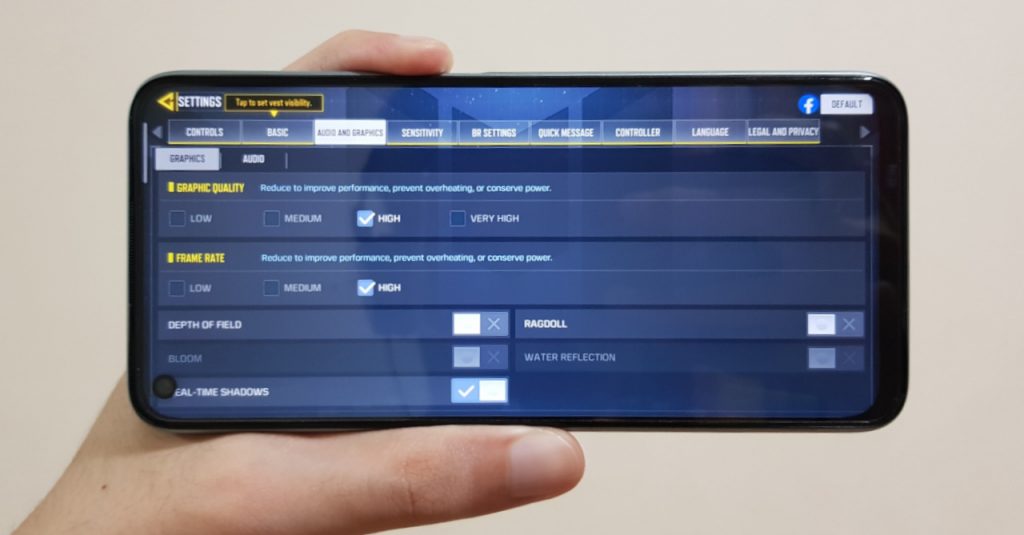 Moving on to more demanding games such as Call of Duty: Mobile, the realme 7 still managed to impress. Specifically, the game ran CoD Mobile without a hitch on higher graphics settings. This means the realme 7 is a great mobile gaming partner, especially if you play today’s popular games.

To add to its status as a great mobile gaming device, the realme 7 has a 90Hz refresh rate. Thanks to this, you can play numerous titles at 90FPS, making for an incredibly smooth gaming experience.

In daytime, the realme 7’s 64MP main camera is able to take quality photos that have good colors and plenty of detail, enought hat you can crop photos without much of a dip in quality. The main camera can also take high quality images indoors, as long as there’s enough light.

At night, the realme 7 delivers bright photos with vibrant colors when using Night Mode. With Auto Mode meanwhile, low light shots are still decent, but they can be a bit dim and blurry.

The realme 7’s ultra-wide camera meanwhile is also great for daytime shots. Though at night, the ultra-wide camera does struggle a bit as shots turn out grainy and lacking in detail. Night Mode helps to clean up photos a bit, but not by much.

As for the macro camera, it works well enough when there’s a good amount of light. If not, macro images lack sharpness and turn out grainy.

Portrait shots of the realme 7 are quite nice thanks to a fairly natural bokeh effect provided by the 2MP depth sensor. Finally, the realme 7 also does a good job in taking selfies. Selfie image quality should be high enough for most users.

Thanks to the capable Helio G95 processor and 8GB of RAM, the realme 7 is a reliable phone for day-to-day use as it is fast and snappy. In my time with the phone, it did not slow down one bit, whether I was browsing social media/emails or switching between different apps. The phone’s 90Hz refresh rate also helps make the phone feel fast and snappy, especially when scrolling through the main menu and switching apps.

The realme 7’s UI is also worth of note thanks to its range of useful features, including the system wide dark mode. The realmeUI is also good in that it is not bogged down by too much pre-installed software.

Aside from the great day-to-day performance, the realme 7 is also a long-lasting phone. Thanks to its 5000mAh battery, the phone likely won’t run out of juice in a day even with heavy use. Though if you do need to charge, the phone’s 30W fast charging feature is quite helpful as it gives you hours of use in just a couple minutes of charge. To take advantage of this feature though, you’ll need to use the phone’s bundled charger and charging cable. 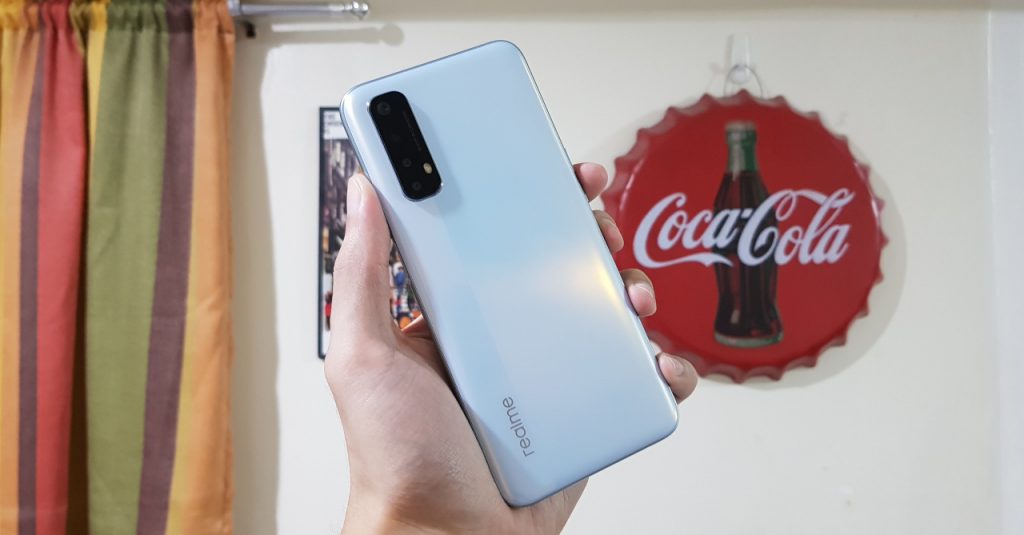 With a price tag of PHP 14,990, the realme 7 is no doubt a good smartphone deal. At just a bit under PHP 15k, the realme 7 offers a nice design, great performance, and excellent battery life. To top it all off, the phone’s quad camera setup should also be good enough for most users.

When compared to its predecessor, the realme 6 though, the realme 7 isn’t a massive upgrade aside from the better design and larger battery. More upgrades in certain features would’ve been nice since the realme 7 is PHP 1,000 more expensive, but overall, realme’s newest mid-ranger is still a great choice.