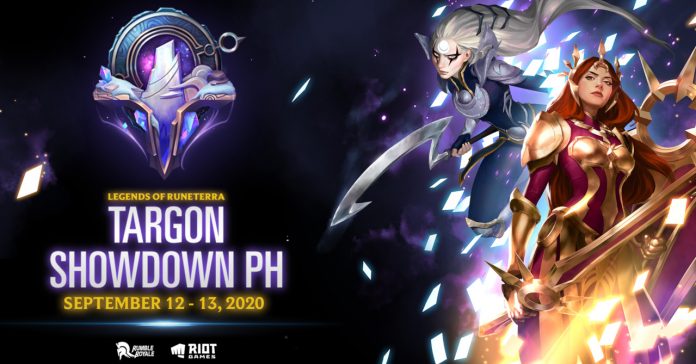 Happening from September 12 to 13, 2020, the Targon Showdown will showcase the newest LoR expansion–Call of the Mountain–which introduced the new region Targon along with 89 collectible cards with seven champions.

As for the event’s participants, the showdown will feature a wide range of Rumble Royale gamers, as well as member of the Philippine LoR community. At the tournament, they will battle it out not just for glory, but also for the lion’s share of the USD 1,000 prize pool.

The showdown’s participants include: 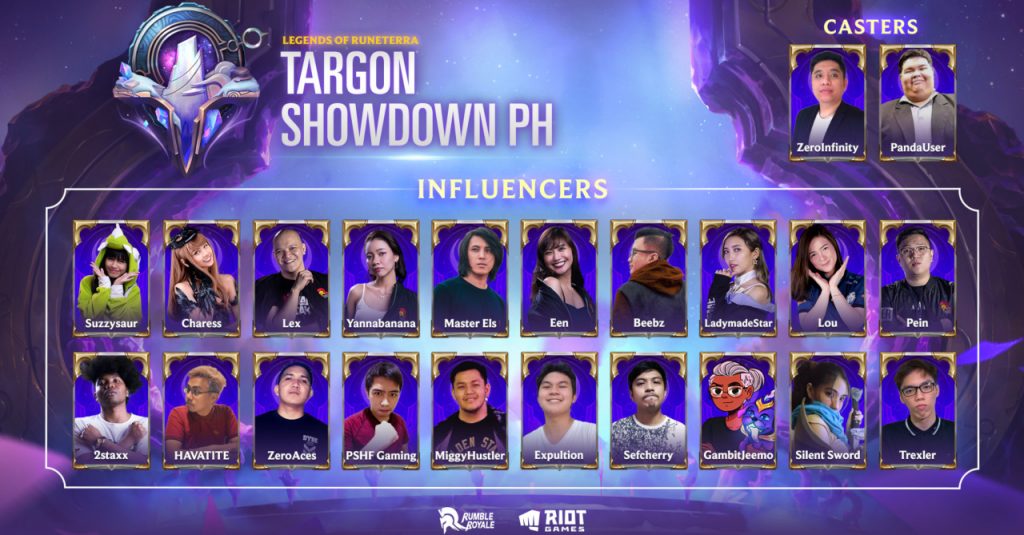 Day 1 of the showdown will feature a Swiss format, where participants will compete to earn points and race to get the highest percentage. All matches in Day 1 will be played in Conquest format with three decks and one ban; this means the winning player must change their deck after each match and must win with two of their decks to win the series. The top eight players will then advance to tournament Day 2.

Day 2’s format will be a single elimination bracket with best of three matches. The Conquest format will still apply, but with an added condition that prevents the use of any winning decks in a match.

The Legends of Runeterra: Targon Showdown Philippines will be streamed live on the official Rumble Royale Facebook page from September 12 to 13, 2020.