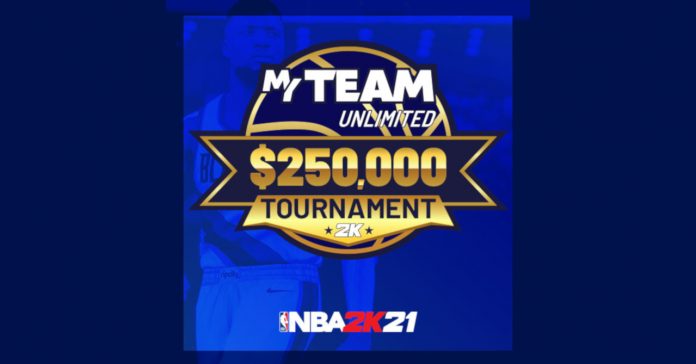 Calling all NBA 2K players! NBA 2K has just announced the return of MyTEAM Unlimited $250,000 USD Tournament for NBA 2K21! This 2K tournament is currently underway, and is being played on the MyTEAM Unlimited Mode on NBA 2K21 for PlayStation 4 and Xbox One.

In case you’re unfamiliar, this tournament lets you choose any 13 cards from your collection in 5-on-5 matches. Players can join the tournament by pre-qualifying at the beginning of each new MyTEAM Season. Each new MyTEAM season features new daily, weekly as well as seasonal-based challenges and prizes for players to unlock.

The tournament’s highlights are the GameDays which are happening in October, November, January, and February. At GameDays, players will compete for the highest score by playing a series of qualifying matches. These events will feature players in the Emerald Unlimited tier in Unlimited Mode. 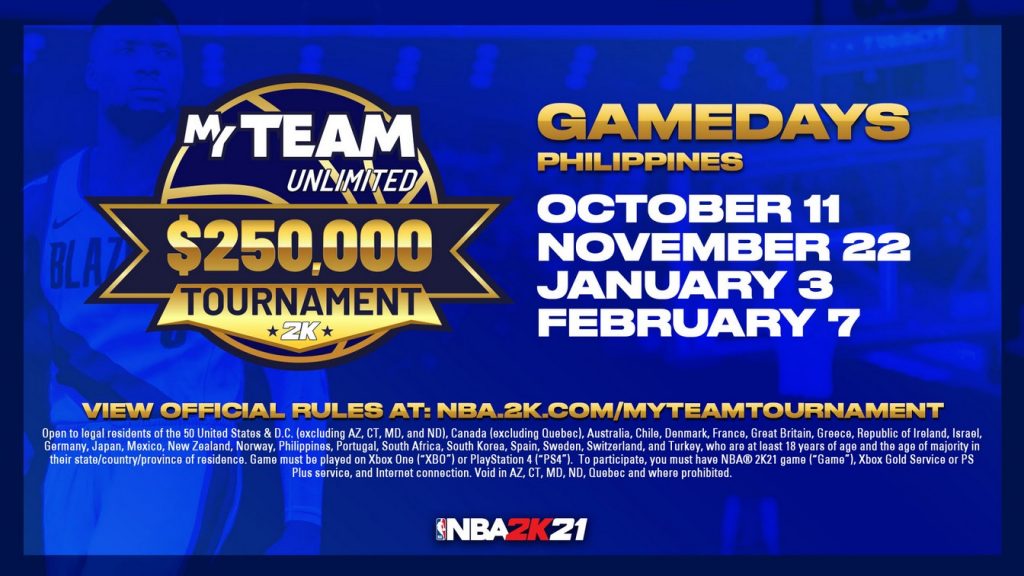 There four GameDays in each of the upcoming Seasons are:

Meanwhile, here’s a breakdown of the pre-qualifying periods for each GameDay: 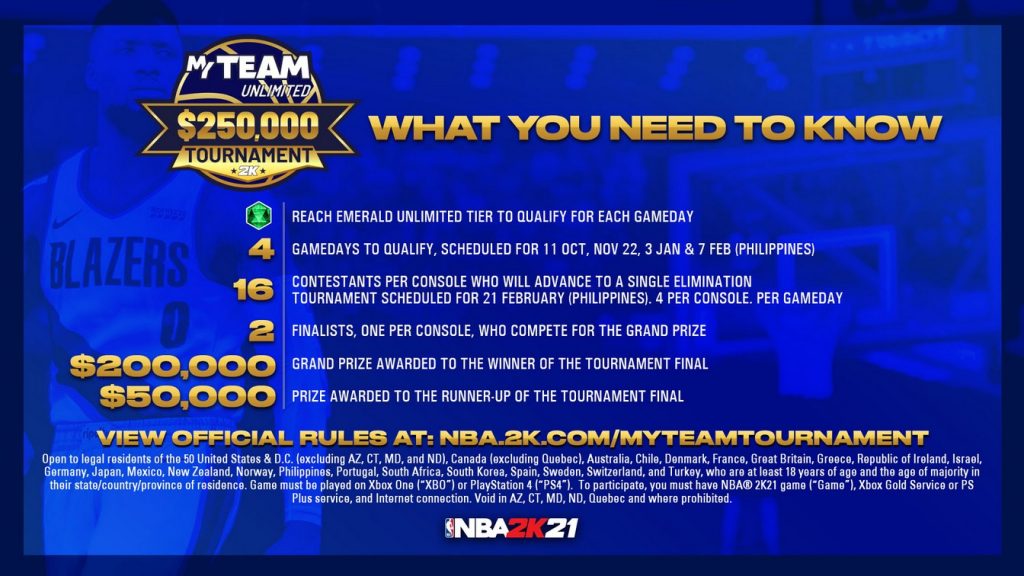 The tournament is open to players aged 18 and over in eligible territories, including the Philippines. Players must compete on the same platform family (PlayStation or Xbox) throughout the entire contest.