A mystery worth solving. 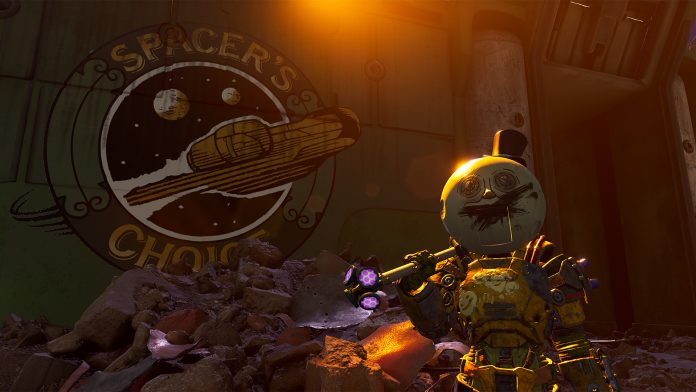 The Outer Worlds was definitely one of the underrepresented gems of 2019. While it was initially thought of as just another Fallout clone, given developer Obsidian Entertainment’s work on Fallout: New Vegas and the similarities between the two franchises, The Outer Worlds proved to offer a lot of new features that made it unique and stand out against its forerunners. Add to that a great and engaging story as well as a cast of interesting characters and The Outer Worlds turned out to be one of the best games of the year. Now, almost a year later, developer Obsidian Entertainment has come out with the title’s first story DLC, Peril on Gorgon, the first of two that are currently planned for The Outer Worlds.

Peril on Gorgon’s story begins with the player suddenly receiving a package that surprisingly contains not only a portable phonograph (the game’s version of audio logs) from one of Captain Hawthorne’s old pals but also the severed arm of the aforementioned old friend. The phonograph proceeds to lead you to the Gorgon asteroid and the mansion of Wilhelmina Ambrose, who tasks you with retrieving her mother’s journal, one of the scientists who worked on Gorgon, and consequently discover what really happened on the ruined asteroid. Once on the asteroid, the story of Peril on Gorgon opens up and you quickly find out that there’s a lot more to the story than it initially lets on, especially after discovering that Spacer’s Choice is significantly involved in the events that occurred on the asteroid. 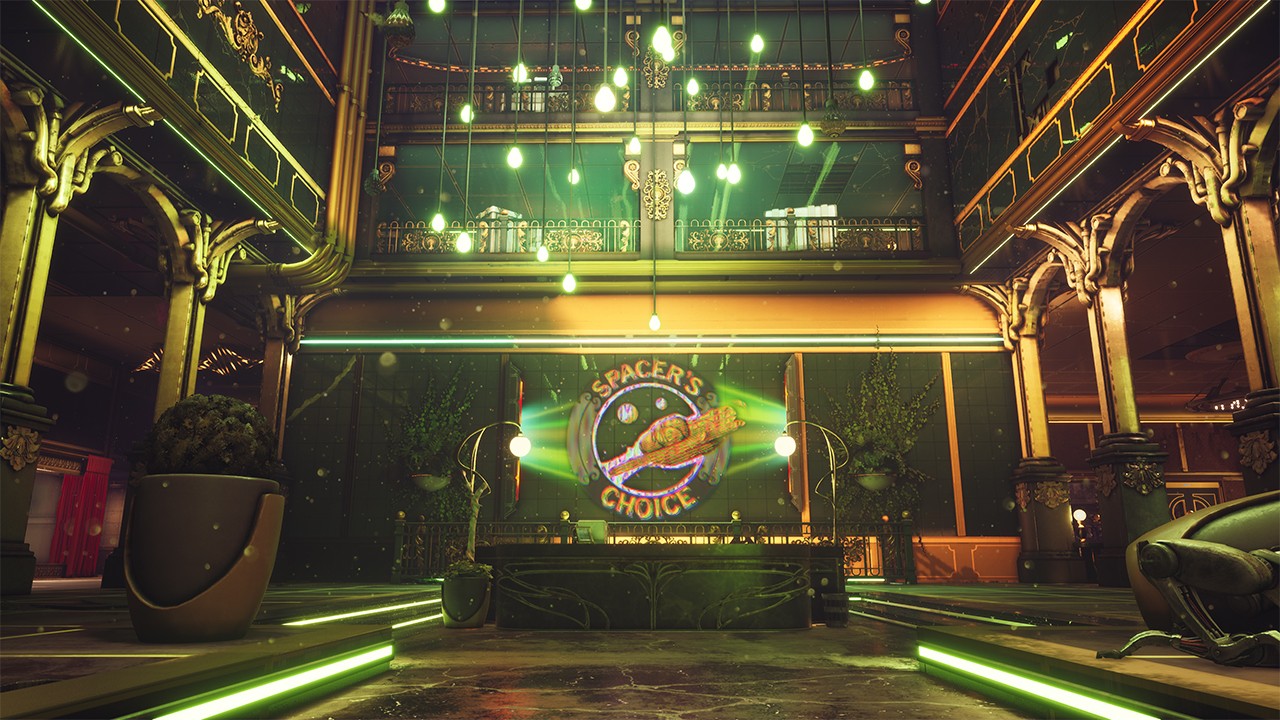 While there are only a handful of side quests available in Peril on Gorgon, many of them tie in quite seamlessly with the DLC’s story, which impressively helps build a more complete picture of what really happened on the asteroid. The array of phonographs scattered throughout Gorgon, some of which are part of some of the game’s side quests, also provide more background and context on the story and help bring some of its characters to life. And for those willing to do a lot of reading, there are also a significant number of computer terminals scattered throughout Gorgon’s buildings, with messages and logs that also help tell more of the DLC’s story. Obsidian Entertainment has done an impressive job at not only building but also presenting the story of Peril on Gorgon. 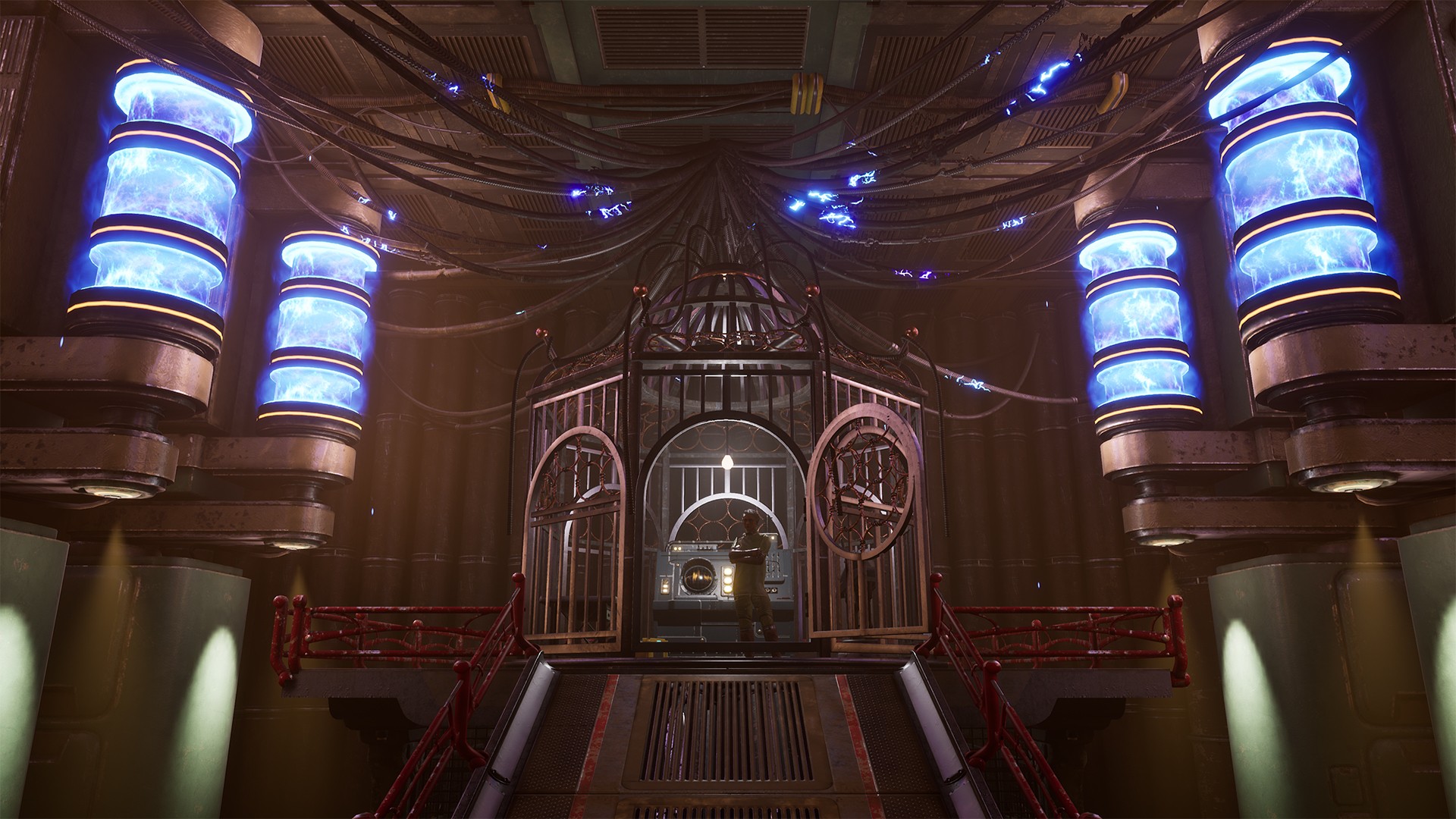 Those who enjoy noir mystery stories are definitely going to enjoy the story and world of Peril on Gorgon. Most of the game’s missions and events feature an air of mystery and intrigue that’s reminiscent of classic crime dramas. Completing the game’s missions, listening to found phonographs, and reading through left messages and logs, all slowly uncover the mystery surrounding the ruined asteroid and slowly build up the suspense of its ending.

There’s also a whole lot to explore in the DLC. The Gorgon asteroid itself is pretty large, at least in The Outer World’s standards, with quite a sizable number of locations and buildings for players to visit and explore. Some of the buildings on Gorgon are also quite extensive and feature several levels that play host to enemies, items, puzzles, and more. Throughout the game’s story, players also get to visit new subsections in familiar locations such as Byzantium and the Groundbreaker, among others, that build on those places even further. All of the DLC’s locations feature a myriad of enemies, including new Marauder variants, new alien species indigenous to Gorgon, space pirates, primals, and more. 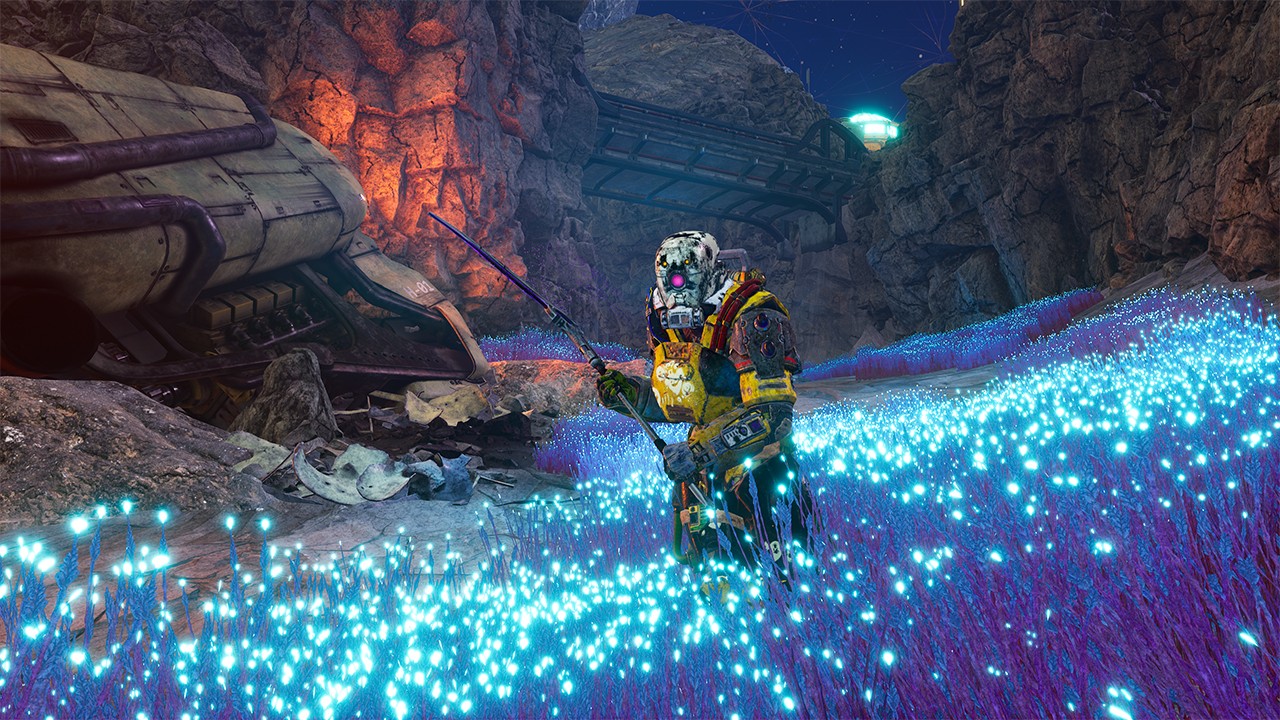 A Lot More Than Initially Expected

While Peril on Gorgon doesn’t really introduce any new normal weapons, apart from improved versions of already existing ones such as the Light Assault Rifle Mk 3, Hunting Rifle Hyper, and the Light Machine Gun Mk 3, the new DLC does introduce quite a few new Science Weapons. In our playthrough, we found a total of three new Science Weapons, including the P.E.T. that was recently shown off by the developers. All three new Science Weapons we discovered were all pretty good, although one of them was exceptionally unique and useful. It’s pretty impressive that Peril on Gorgon features almost the same number of Science Weapons as the base game and there could be even more that we’ve yet to discover. 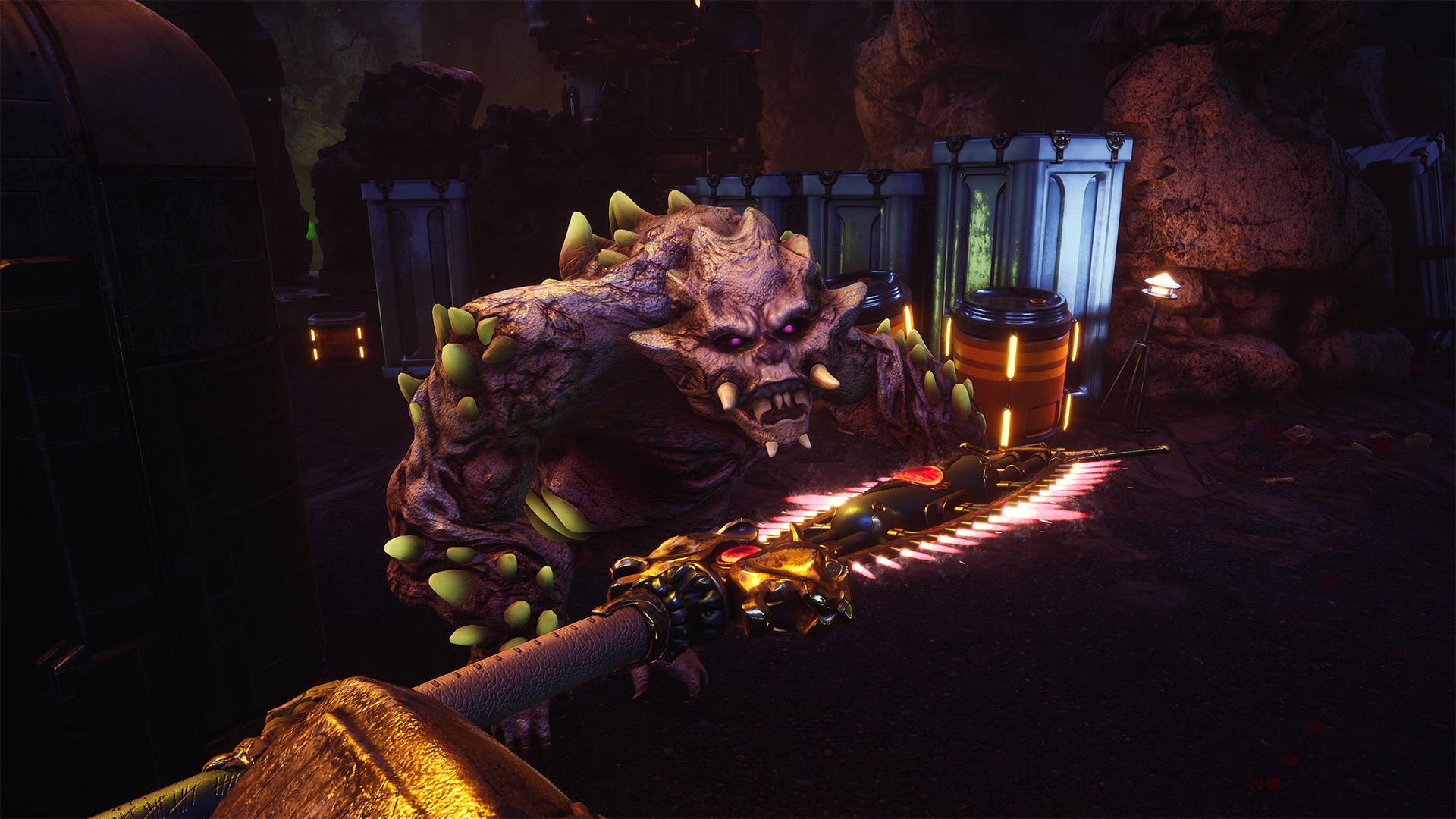 Peril on Gorgon also introduces some new perks into the game. While some of them are quite useful and definitely worth getting such as the new Applied Science perk that increases Science Weapon damage or the Concentrated Fire weapon that increases your damage with each successive hit you land on the same target while in Tactical Time Dilation, there are also some odd and quirky ones included. The Lone Master perk increases all your skills by 5 if you go out and travel alone but it doubles the bonus if you have no companions recruited at all, which will require you to either start a brand new game or ask all your current companions to leave. Then there’s the Improvisation Warrior perk that significantly increases the damage and reduces the degradation rate of improvised weapons such as Spade or Shovel, which doesn’t feel all that useful. 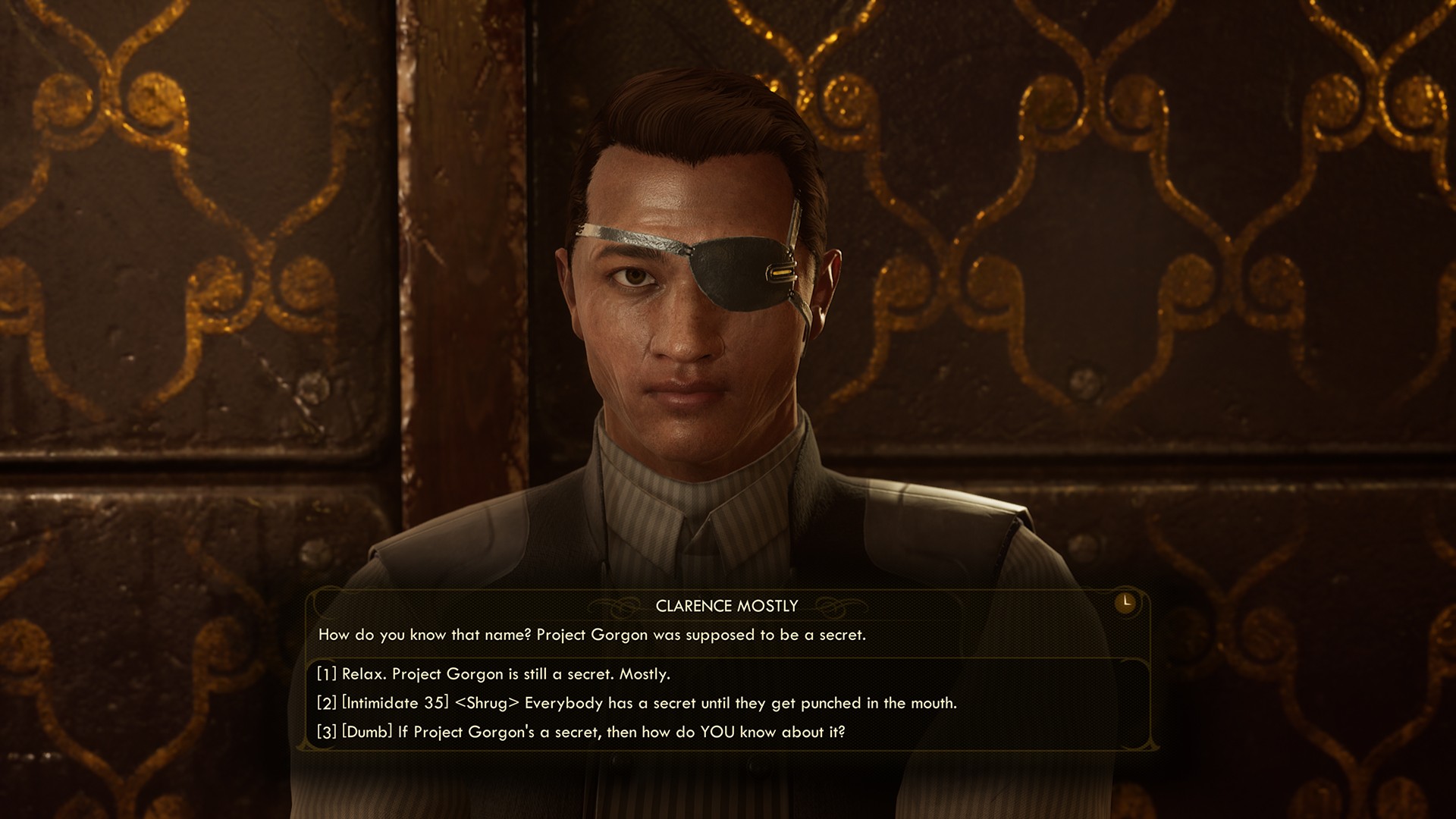 In spite of its engaging story, collection of main and side missions, new locations, as well as all the new perks and weapons it introduces, Peril on Gorgon unfortunately ends rather quickly and its ending so far feels inconsequential. While we weren’t really expecting a whole game’s worth of content, we were still surprised by how short the DLC is that it left us wishing there was a lot more. It would have been nice if Peril on Gorgon also introduced a new companion that players could choose to recruit. A new companion could have given players not only another option for their party but also a new companion questline that also tied into Peril on Gorgon’s story, much like its side missions, that would have added more to the DLC’s playtime.

Overall, Peril on Gorgon is a pretty substantial addition to The Outer Worlds, which somewhat explains why it took Obsidian Entertainment almost a year to release it. Some of its new content along with its pretty impressive and engaging story was a lot more than we initially expected. While we do wish the story was a lot longer than it was, its short duration doesn’t really take away from the impressive quality it presented. Hopefully, Obsidian Entertainment is able to build on the story of Peril on Gorgon in the future so that it’s events feel more impactful throughout the universe of The Outer Worlds.

Previous articleFew Hours Left to Enjoy Xtreme Savings on Appliances this 9.9 Sale!
Next articleMarvel’s Avengers Review (PS4) | Great in Every Way, Except for Gameplay