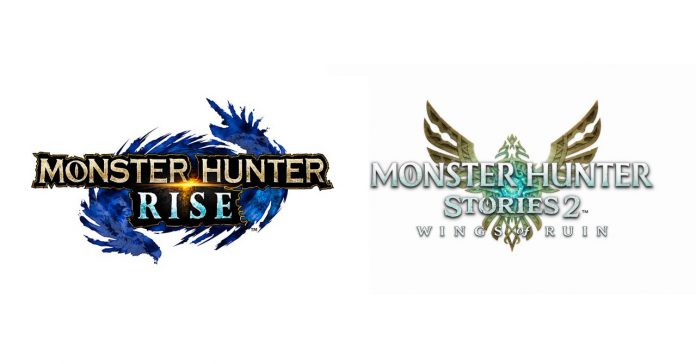 Experience the next entry in the legendary series: Monster Hunter Rise, available 3/26.

The first of the two games is Monster Hunter Rise, a new full-fledged entry into the series. While it looks similar to titles such as Monster Hunter World, this Switch title features far more verticality through the use of a new wall-climbing ability as well as Wirebugs. These Wirebugs act like grappling hooks which can be used to navigate the wide and open locations of the game.

Rise also introduces Palamutes, a dog companion which players can ride while exploring the map. Don’t worry though, the beloved Palicos are still in the game!