Zoids Wild: Blast Unleashed releases on the Switch this October 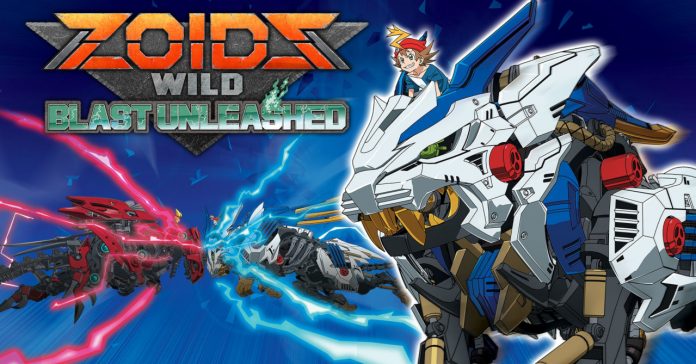 Last year, Zoids Wild: King of Blast was released in Japan for the Nintendo Switch. Now, international fans can get their hands on an exciting Zoids fighting game with the upcoming release of Zoids Wild: Blast Unleashed.

Blast Unleashed is a 3D arena fighting game featuring mechs from the Zoids Wild series, and it will release for the Switch on October 16, 2020. The game is basically an English version of King of Blast, but it comes with all the DLC of the Japanese title.

To see how the game plays, check out the gameplay trailer of Zoids Wild: Blast Unleashed here:

“Unleash the wild mecha power and animal instinct of Zoids, in spectacular head-to-head battles on Nintendo Switch. With stunning graphics faithful to the Zoids Wild anime, and an intuitive 3D combat system that lets you chain incredible combos instinctively, Zoids Wild: Blast Unleashed is the ultimate showdown between your favorite pilots and their Zoids!
But are Zoids merely weapons, or your partners? Your skill in combat will decide who wins between warring factions including Arashi’s Team Freedom and the power-hungry Team Dark Metal, in a new Zoids story. So choose your hero, step on to the battlefield, and fight to awaken the greatest bond between human and Zoid – then use the hidden power known as Wild Blast to defeat your rivals!

With a huge choice of characters, Zoids and game modes, Zoids Wild: Blast Unleashed takes mecha combat to the next level. Settle scores in 2-player battles, challenge yourself in Mission Mode and Battle Tactics Mode, and hone your skills in Practice Mode. Are you ready to command the strongest lifeforms in the world?”