Now this is a cool collab! 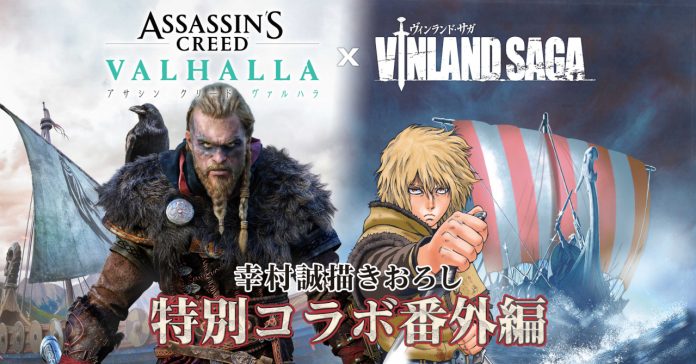 The manga collab can be read for free at the Ubisoft website, though it is only available in Japanese. The manga shows an encounter between Valhalla’s Eivor and Vinland Saga’s Thorfinn, both of whom are vikings.

In case you’re unfamiliar, Vinland Saga is an ongoing historical manga series set in the Viking age. The series is described as:

“As a child, Thorfinn sat at the feet of the great Leif Ericson and thrilled to wild tales of a land far to the west. But his youthful fantasies were shattered by a mercenary raid. Raised by the Vikings who murdered his family, Thorfinn became a terrifying warrior, forever seeking to kill the band’s leader, Askeladd, and avenge his father. Sustaining Throfinn through his ordeal are his pride in his family and his dreams of a fertile westward land, a land without war or slavery … the land Leif called Vinland.”