Crash Bandicoot 4: It’s About Time is out now on PS4 and Xbox One

Get the game now, Crash fans! 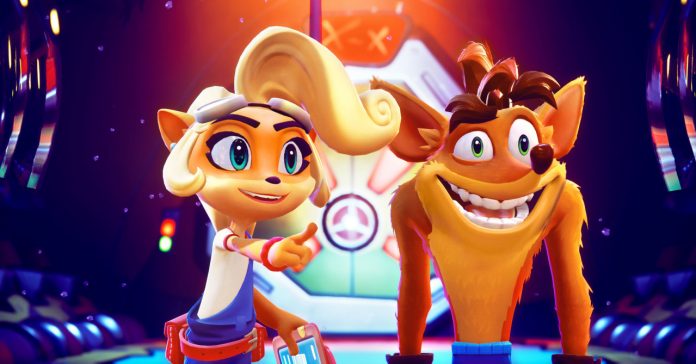 Developed by Toys for Bob, Crash Bandicoot 4: It’s About Time is the first mainline Crash Bandicoot game in years, and it features gameplay that should delight fans of the original Crash trilogy. Aside from challenging platforming action, Crash Bandicoot 4 also introduces fresh new mechanics, including four Quantum Masks which give temporary abilities such as slowing down time or manipulating gravity.

Aside from new mechanics, Crash 4 will also let players control different characters. For instance, players are free to switch between Crash and Coco in standard levels (with both having the same moveset). Meanwhile, certain levels will put players in the shoes of Dr. Neo Cortex, Dingodile, and Tawna. Each of these characters have unique mechanics and playstyles, complete with levels that are made to take advantage of their moveset.

While the story is the game’s main highlight, Crash 4 offers lots of content for players, including optional Timelines and Flashback Tapes, as well as Bonus areas and more. The game also introduces the N. Verted mode which flips a levels perspective, colors, and more. Plus, payers can also compete head-to-head with up to four players in either Bandicoot Battle competitive mode or Pass N. Play co-op mode.