The collab event is available now until November 10. 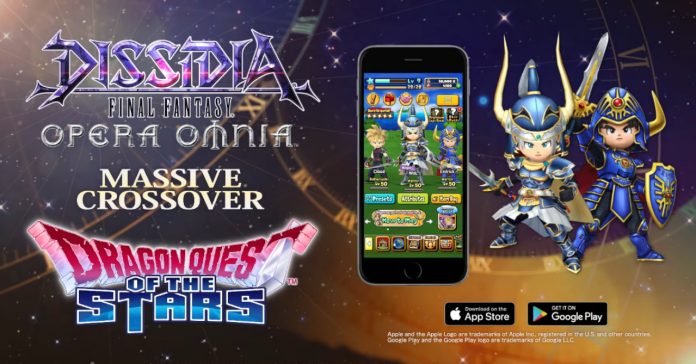 Heads up, Dragon Quest and Final Fantasy Fans! Square Enix has just announced a collab between the Dragon Quest of the Stars and Dissidia Final Fantasy Opera Omnia mobile titles. Starting now through November 10, players can take part in exciting events, experience new content, and get lots of rewards.

Check out the trailer for the collab here:

The Dragon Quest of the Stars content in the Dissidia Final Fantasy Opera Omnia collab include:

Meanwhile, Dissidia Final Fantasy Opera Omnia has new crossover-exclusive stickers as part of the collab, and they are made by Japanese illustrator Kanahei . Made for use in multiplayer co-op quests, the following stickers are avaialble now in-game:

The global version of Dragon Quest of the Stars is developed and operated by Koei tecmo and Koei Tecmo Singapore. The game is available now as a free-to-play title on the Apple App Store and on Google Play.

Meanwhile, Dissidia Final Fantasy Opera Omnia is available now as a free-to-play title through the Apple App Store and on Google Play.