Stream the series now via the POP TV app. 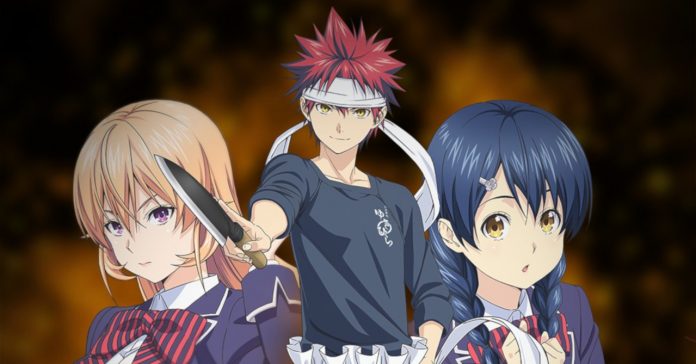 Heads up, anime fans! Streaming service POP TV has just announced that the anime series Food Wars: Shokugeki no Soma is available now on the platform, but with a Filipino dub. The Tagalized Shokugeki no Soma series started streaming on POP TV yesterday, October 7.

Not familiar with the series? Food Wars: Shokugeki no Soma is a manga series that was serialized on Weekly Shonen Jump from November 2012 to June 2019. Due to its popularity, Shokugeki no Soma received an anime series adaptation that’s now five seasons strong.

The anime series is described as:

As for POP TV, it is a new Filipino streaming video on demand (SVOD) and download service. POP TV currently has various international and regional shows, ranging from movies, TV shows, documentaries, and more. The service is available now on the App Store and on the Google Play Store.

Currently, POP TV has a promo where 90 days of access to the service is priced at only PHP 49. Visit the POP TV official Facebook page for more info.

Want to watch Shokugeki no Soma with its original Japanese dub? The anime series is also streaming on Netflix.

- Advertisement -
Previous articleHuawei Store’s 10.10 Sale offers up to 50% off on select devices
Next articleUntitled Goose Game quick review | Honk everyone and leave