Here’s why you should play Genshin Impact

More than just a BOTW clone. 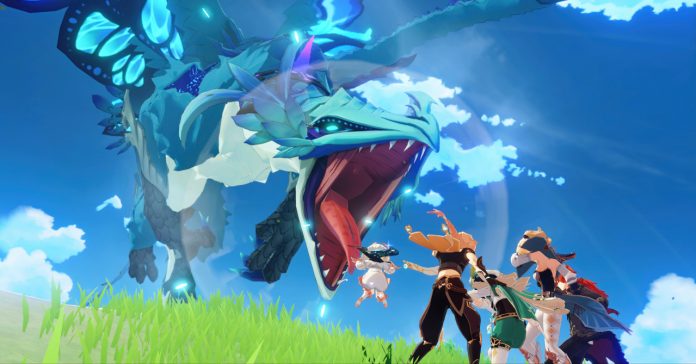 Ever since I started playing miHoyo’s Honkai Impact 3rd way back in 2018, I saw how the game improved as it progressed, and how it started to eat nearly half of my phone’s storage. Still, no matter how long it took for them to update the story and how convoluted it has become, I still play the game and I find that it’s still really good. In fact, I’d even say that it is one of my favorite gacha games on mobile.

But Honkai Impact 3rd is not the only one that is growing, but also the company itself. So it’s no surprise that they would take on a bigger project–Genshin Impact, a game that has recently took the gaming world by storm.

When it was first announced, the game raised may a gamers eyebrows because of its similarity to The Legend of Zelda: Breath of the Wild. While it is definitely inspired by BOTW, it is way more than just a clone. In fact, Genshin Impact managed to take the best parts of BOTW and add its own charm to it, making for a game that you should definitely check out!

A lost traveler in a new world

Right at the beginning you can choose either of the twins as they battle against Kian.. er.. The Unknown God that blocked their way. By default, the twins’ names are Aether and Lumine, though you can give them your own preferred name.

At the beginning it was explained that they can travel between worlds, but after losing the battle and losing your twin, the Traveler is stripped off with his/her powers, thus leaving him/her stranded on this new world of Teyvat. But after helping out Paimon the Traveler (a helpful companion-slash-emergency rations), the Traveler is convinced to seek the help of The Seven–the Gods that govern this world. Thus begins the Traveler’s personal journey to reclaim his/her powers and lost sibling.

The story puts you in a shoes of a stranger in a world that has its own troubles. This is a typical RPG settings, and the companions that you will meet and the bond that you make will help you. Although, the funny thing that I found is that when meeting characters, they are not bothered by the fact that you are a total stranger. In fact, they immediately welcome you with no suspicions on your own motives despite their own world being plunged into chaos.

To make story even more interesting and to get invested in the game’s cast of characters, meeting certain conditions can trigger characters story arc. Through these story arcs, you can learn more about the characters. Once finished, some story arcs will let you recruit the corresponding character, so it is well worth it to finish these side stories. Not only that, talking to some NPCs will let you learn some of the lore of the world. That also yields some rewards so seeking these dialogues is worth it.

More than just a borrowed homework 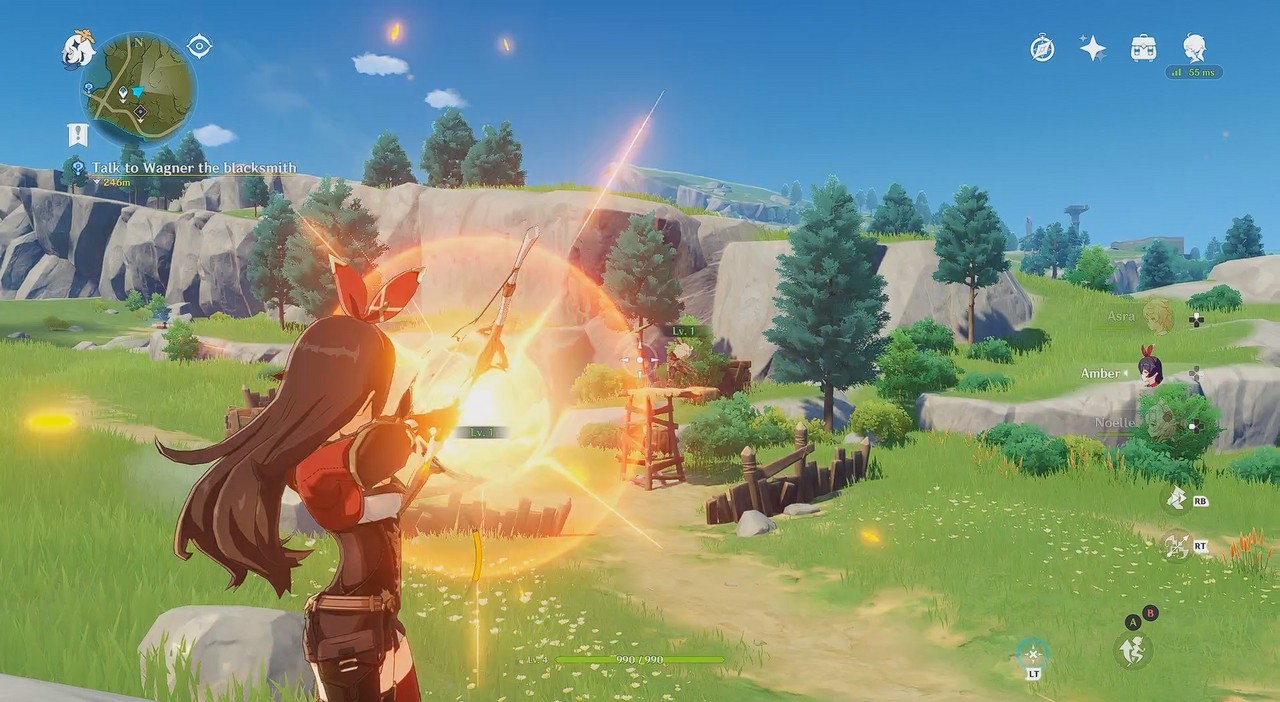 In a nutshell, Genshin Impact is like miHoYo went to Nintendo and said “Let me borrow your homework”. Undeniably it is BOTW-inspired; they even have their own Shrine-like Dungeons and enemies that looks like Bokoblins and Wizzrobes. In its defense, Genshin Impact is not the first game that tried to emulate BOTW. Many of those games actually just disappeared in obcurity. What makes Genshin Impact stand out from those games is that it adds various elements to the formula that somehow mixes well with the BOTW formula. The whole system is a bit complex though, so lets just talk about the battle system. 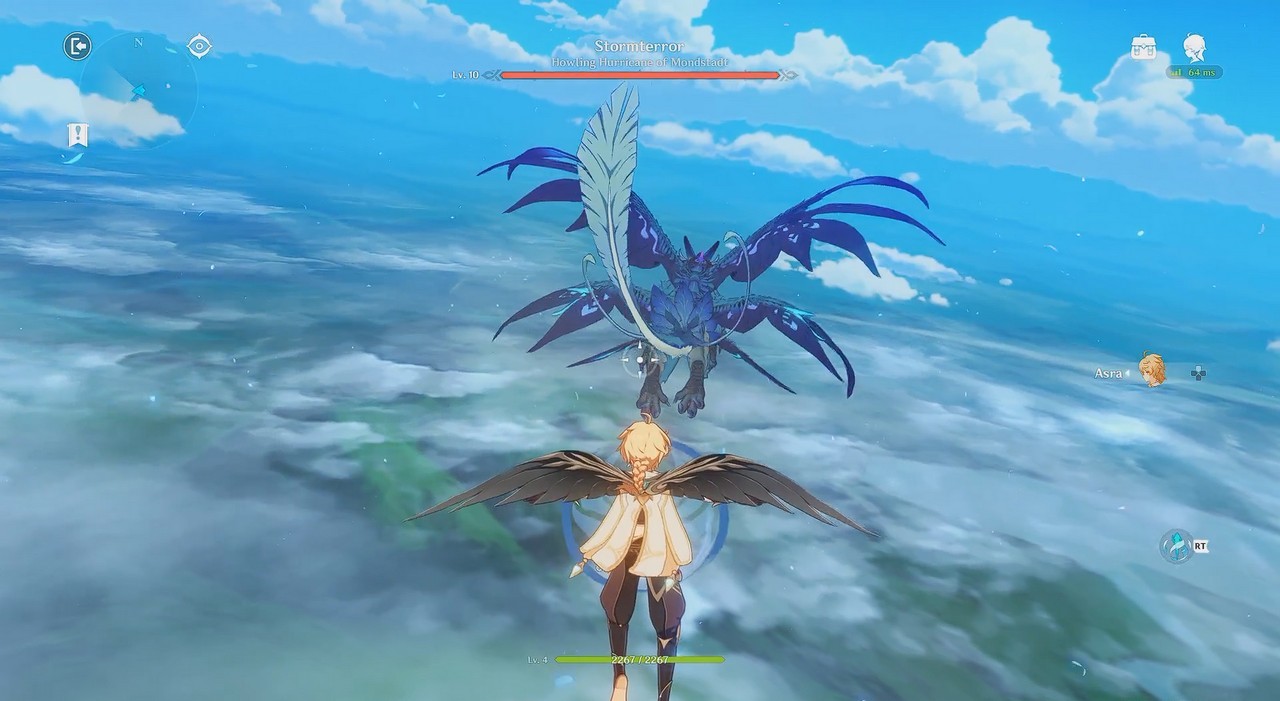 Unlike BOTW, Genshin Impact lacks the Physics engine that affects puzzle solving and battles. Instead, it compensates with its unique battle system that revolves around quick character switching within your team of four. Each character possesses unique abilities and elements that can affect the outcome of each battles. This isomething that miHoyo brought from Hi3rd, so if they decided to add QTEs, I’ll definitely welcome it. 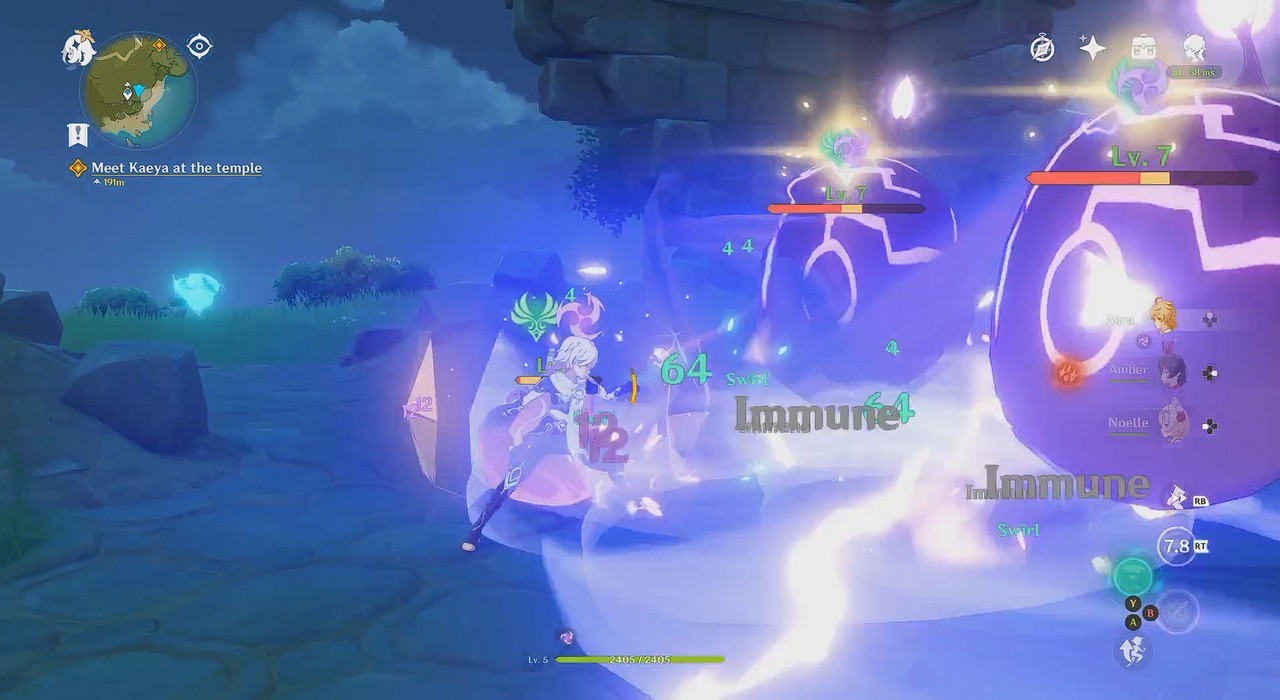 Understanding how elements interact with each other will definitely give you advantage. It can not only be used in battle, but can also be used to interact with the environment. Like Kaeya’s Cryo element which freezes enemies on their tracks but can also freeze water enabling, you to walk through it. While characters with Pyro element like Amber and Diluc can burn wood and deal more damage on enemies with the Dendro element. Proper understanding of these elemental interactions will help with your journey around Teyvat, so be creative with your team combination because it will be rewarding. 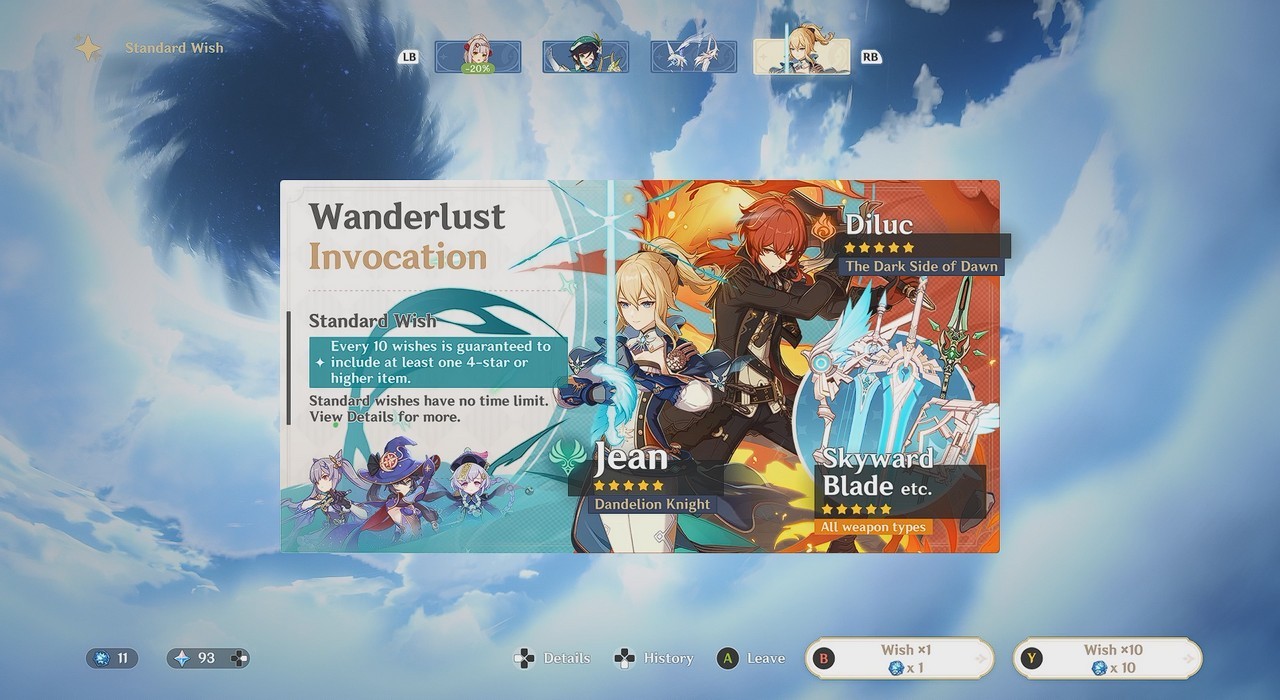 Of course, one of the controversial aspects of Genshin Impact is the taboo word–Gacha. Sending chills down the spine of players, everyone questioned how miHoYo can implement this system in a open-world game. True, you can recruit characters by progressing through the main story-line like what was mentioned above. But if you really want to recruit the best characters like in any other gacha games, you’ll have to Wish. Seriously Wish is the term they used for the Gacha system here in Genshin Impact.

If you’re familiar with gachas, then you already know that saving up precious rolls resources is crucial for that rate-up of a certain character. While doing 10 rolls increases your odds of making a good roll.

It can be really controversial and confusing for new players because the chances of pulling the best characters is really, really low and might force some players to reach out for their wallet. Its confusing because there are tons of separate in-game currencies that are a bit hard to grasp like the Primogems.

But at this point, I’m not surprised, nor do I mind this inclusion as there are just a lot of games that has gacha in it. Plus, even if you play the game without spending anything, there’s more than enough content to enjoy, so much so that Genshin Impact rivals full-price games when it comes to amount of content. This is incredibly impressive for a free-to-play title. 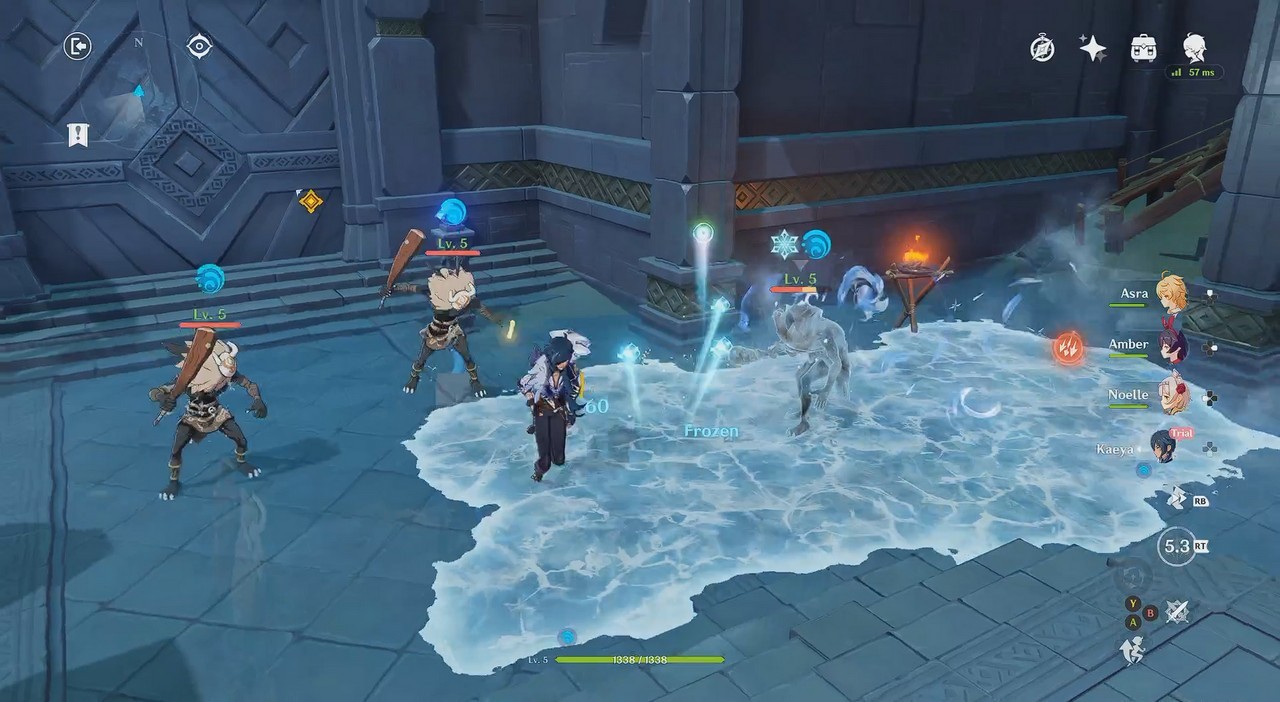 For those who haven’t tried Genshin Impact, they might just think that its just a BOTW clone with some gacha. That’s not exactly the wrong way to describe the game, but doing so is a massive disservice to what miHoYo’s new game brings. Genshin Impact’s gorgeous graphics, anime-like characters, engaging side stories, and fun gameplay all add for a great experience that should satisfy most (if not all) gamers. Best of all, the game has a wealth of content that could be enjoyed even without reaching into your wallet and rolling on the gacha.

So whether you like the anime-like design of the characters or just looking for an alternative before BOTW, traversing and learning the secrets of Teyvat is something worth sinking your time into!

- Advertisement -
Previous articleOPPO Reno 4 in special ‘Nebula Purple’ colorway is now available for pre-order
Next articleDespite the Pandemic, Epson is thriving in this new normal thanks to their key innovations!