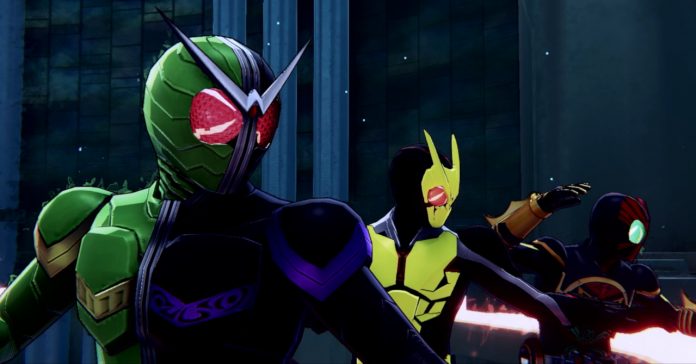 To celebrate the game’s launch, Bandai Namco released a new trailer for the game, which you can watch here:

“This latest KAMEN RIDER home console game is a “Hero Chain Action” game. Connect the chain and step through the enemy’s path as you change forms, utilize gadgets such as the Denden Sensor, and witness the crossover story of KAMEN RIDER DOUBLE, OOO, and ZERO-ONE. Enjoy a new, evolved, and intensifying KAMEN RIDER experience.”

The new Kamen Rider game is available in the Premium Sound Edition, and it includes the following: 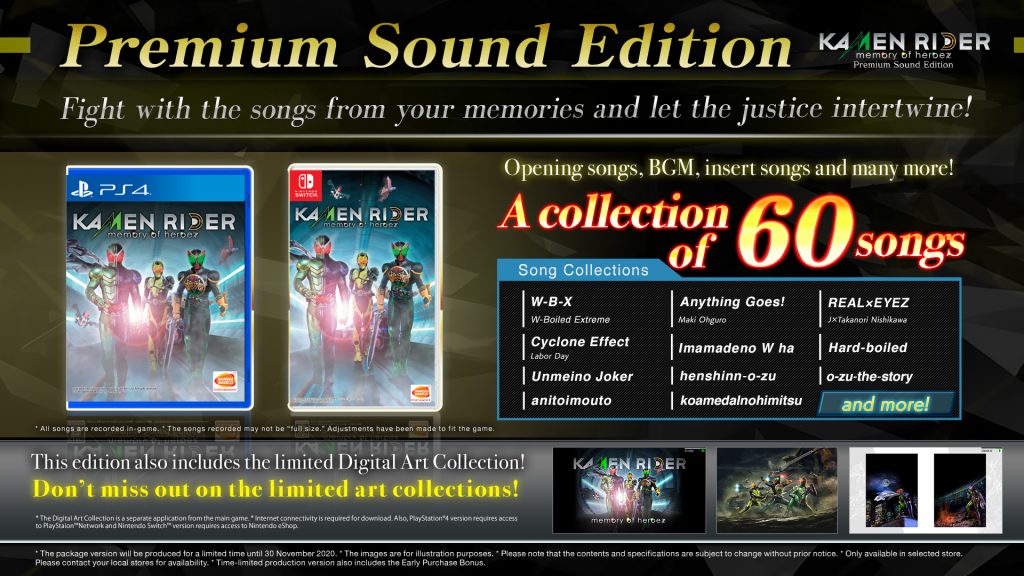 Meanwhile, players who buy the game early will get the following Early Purchase Bonuses: 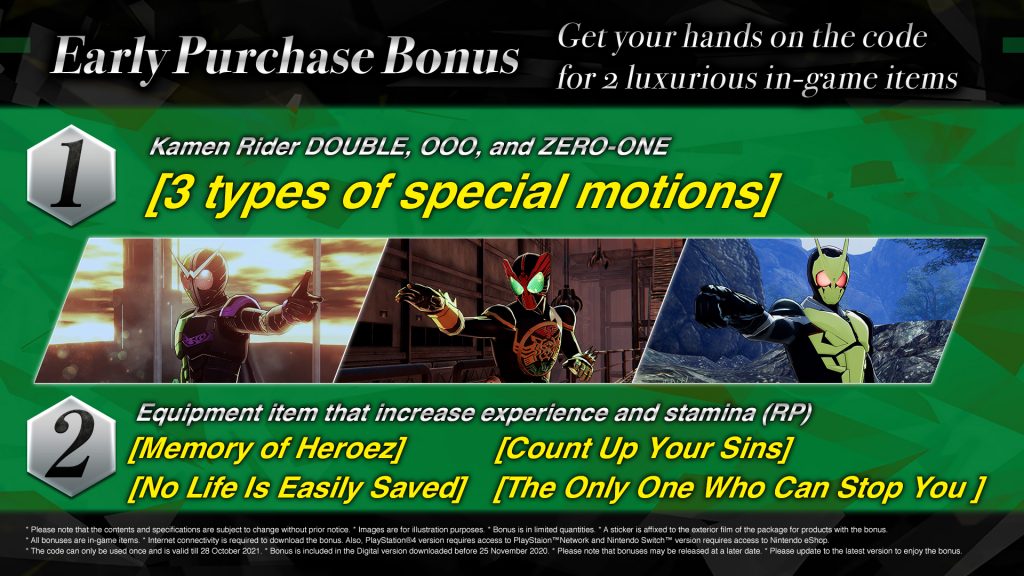 For more info about the game, visit the Kamen Rider memory of heroez website here: https://rider-moh.bn-ent.net/about/.