The game is shaping up to be a must-play for Kingdom Hearts fans! 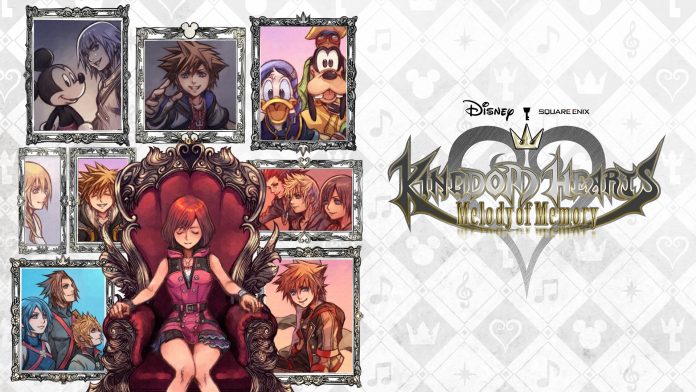 It’s only been a little under two years since Kingdom Hearts III was finally released, 15 years after the release of Kingdom Hearts II, so it was a bit of a surprise when Square Enix announced Kingdom Hearts: Memory of Melody back in June with a release this year. And it was doubly surprising when it was unveiled that not only is this latest installment in the long-running series a rhythm game in the same vein as the Theatrhythm Final Fantasy, which is quite a departure from the series’ usual action RPG gameplay. But it would also continue Kairi’s story after the events of Kingdom Hearts III’s Re Mind DLC.

We were given the chance to check out the demo of Memory of Melody before its release, which gave us access to only a few of the game’s modes, namely the Track Selection and co-op modes. The former lets people play through the levels, called Field Battle Music Stages, that the player has unlocked through the story mode. As for the co-op mode, it allows up to two people to play together on the same PlayStation 4. When the game is released, it will also include the story mode (dubbed the World Tour mode), a VS Battles mode, and a Museum where players can watch cutscenes they’ve unlocked through the story mode. 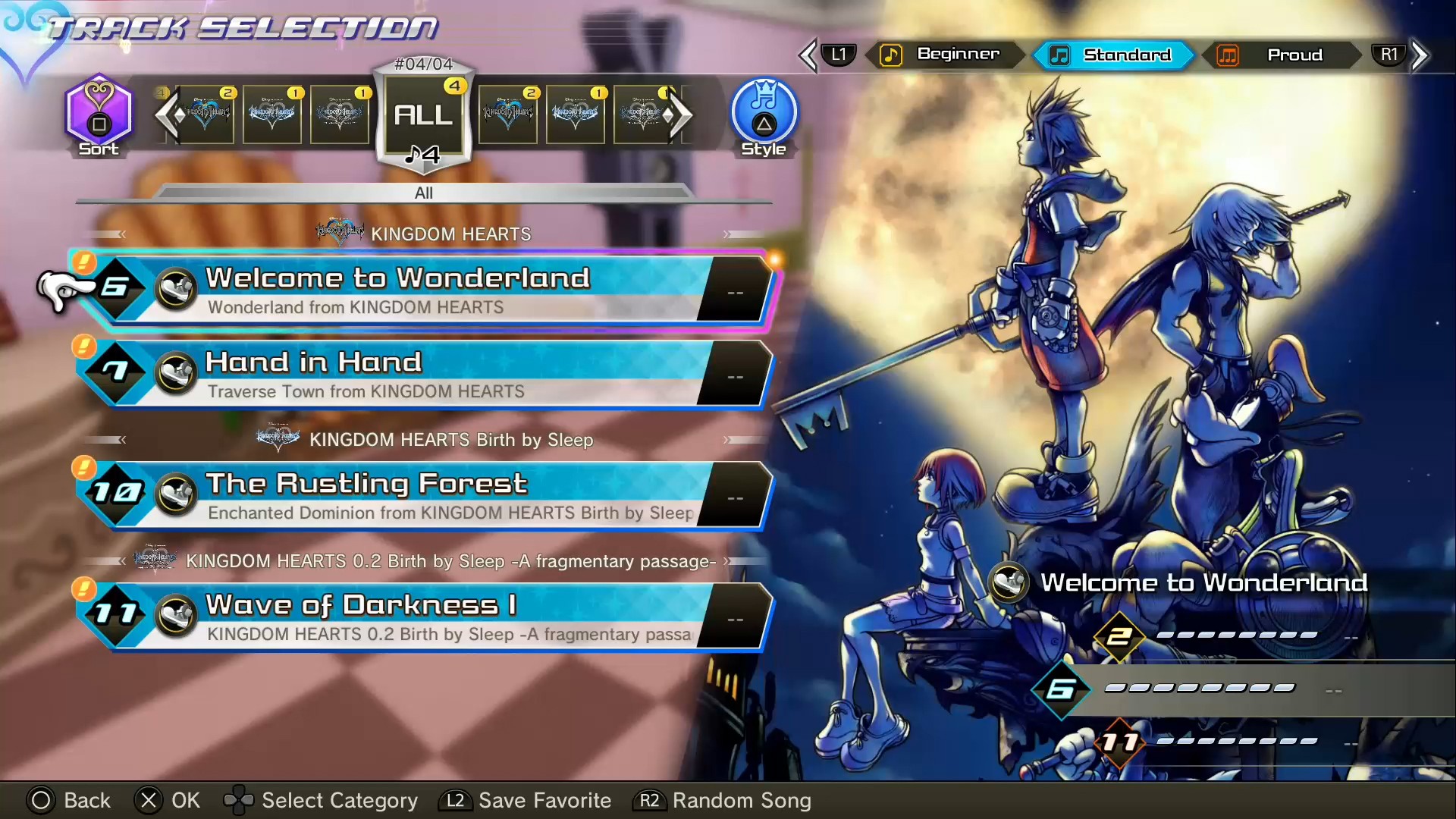 Given its Theatrhythm roots, we weren’t really expecting much from the visuals of Memory of Melody, so we were pleasantly surprised that the game was able to retain the 3D elements and stylings of the Kingdom Hearts series.  From the onset, the way Memory of Melody integrates its rhythm game mechanics with Kingdom Hearts’ action-oriented themes is incredibly impressive. The attack and movement animations for both characters and enemies as well as the visual queues and effects are all well executed. And with so many things happening on screen, the game’s interface is kept rather simple to maintain a good visual balance and not end up overcrowding the screen.

The basic controls of Memory of Melody seem rather simple at first but start feeling more complicated once they’re used in sequence or in conjunction with each other, especially in the game’s harder difficulty levels and modes. There are three attack buttons, a button for special abilities or magic, and a jump button. Any of the three attack buttons can be used to attack with any of the three characters in your party and may be used together for combo actions when multiple enemies need to be hit at the same time. The jump button is used to either jump up to attack flying enemies or dodge enemy projectiles. Holding the jump button will also allow the middle character, Sora in the demo, to float to collect flying orbs. Just like the attack buttons, other button combinations may need to be pressed at the same time such as jumping and attacking, using a special ability and attacking, and more, depending on the situation. 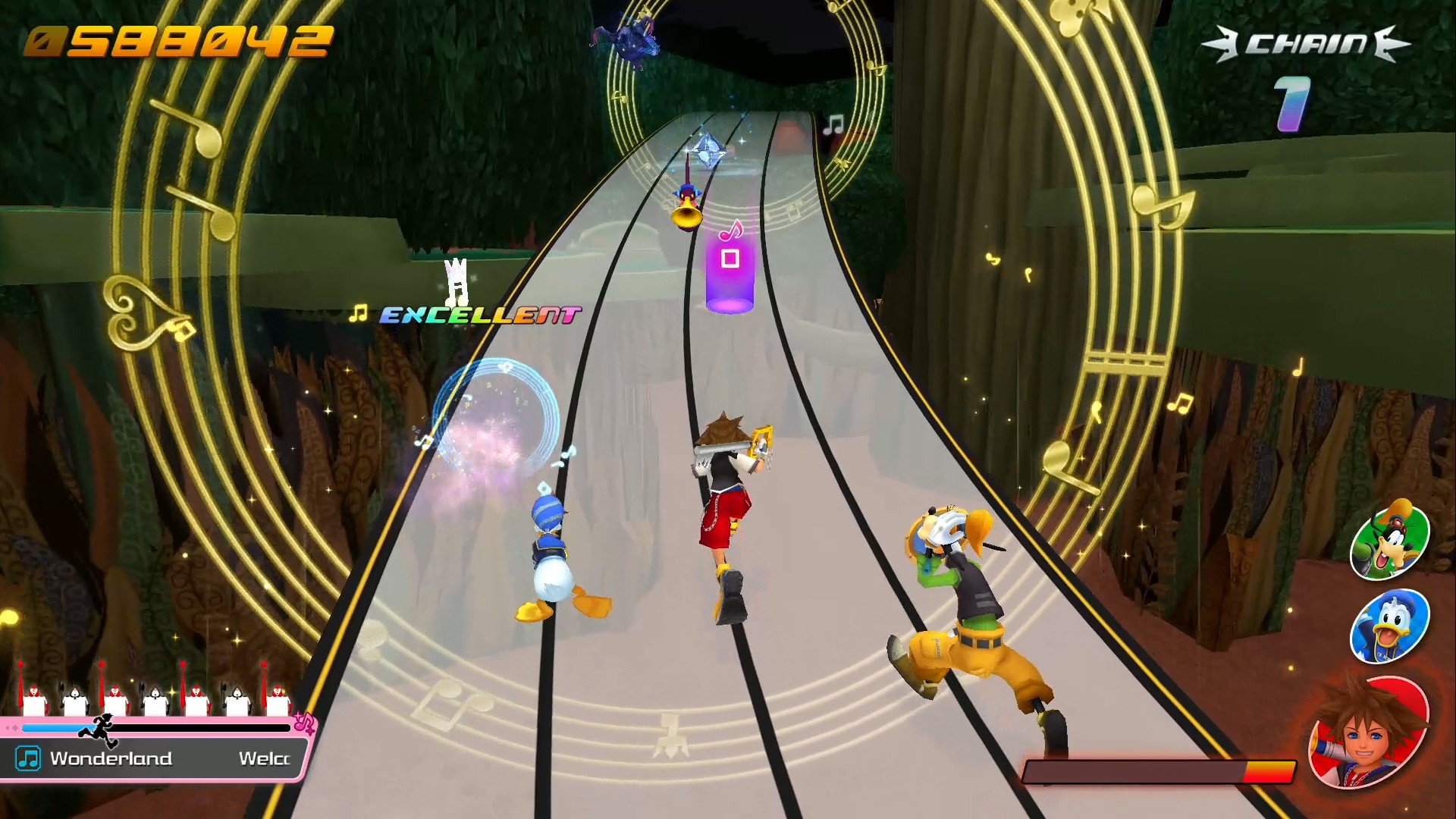 In Track Selection mode, players will be able to choose between three different style modes. The Basic style is the game’s standard mode of play while the One Button mode simplifies the game and only requires players to press a single button to perform any and all of the game’s different actions. Lastly, the Performer style adds a completely new set of Performer actions and their corresponding buttons, which ostensibly makes the game more difficult as it not only adds more actions but also potential button combinations for each track. The game does balance out the difficulty of the Performer style by not letting the player take any damage for missing Performer actions. The Performer actions also have their own chain counter so players will also be able to reach higher scores when playing in this style.

Apart from the three different play styles, each Field Battle Music Stage is also available in three difficulty levels – Beginner, Standard, and Proud – with each increasing level adding more actions, action sequences, and combo variations. The availability of different play styles and difficulty levels give players a whole lot of options for how they can play the game depending on their preferences, whether they’re more casual players who are more interested in the music or the game’s story or players who want more of a challenge. Hopefully both the styles and difficulty levels also become available in the game’s story and VS Battles modes. 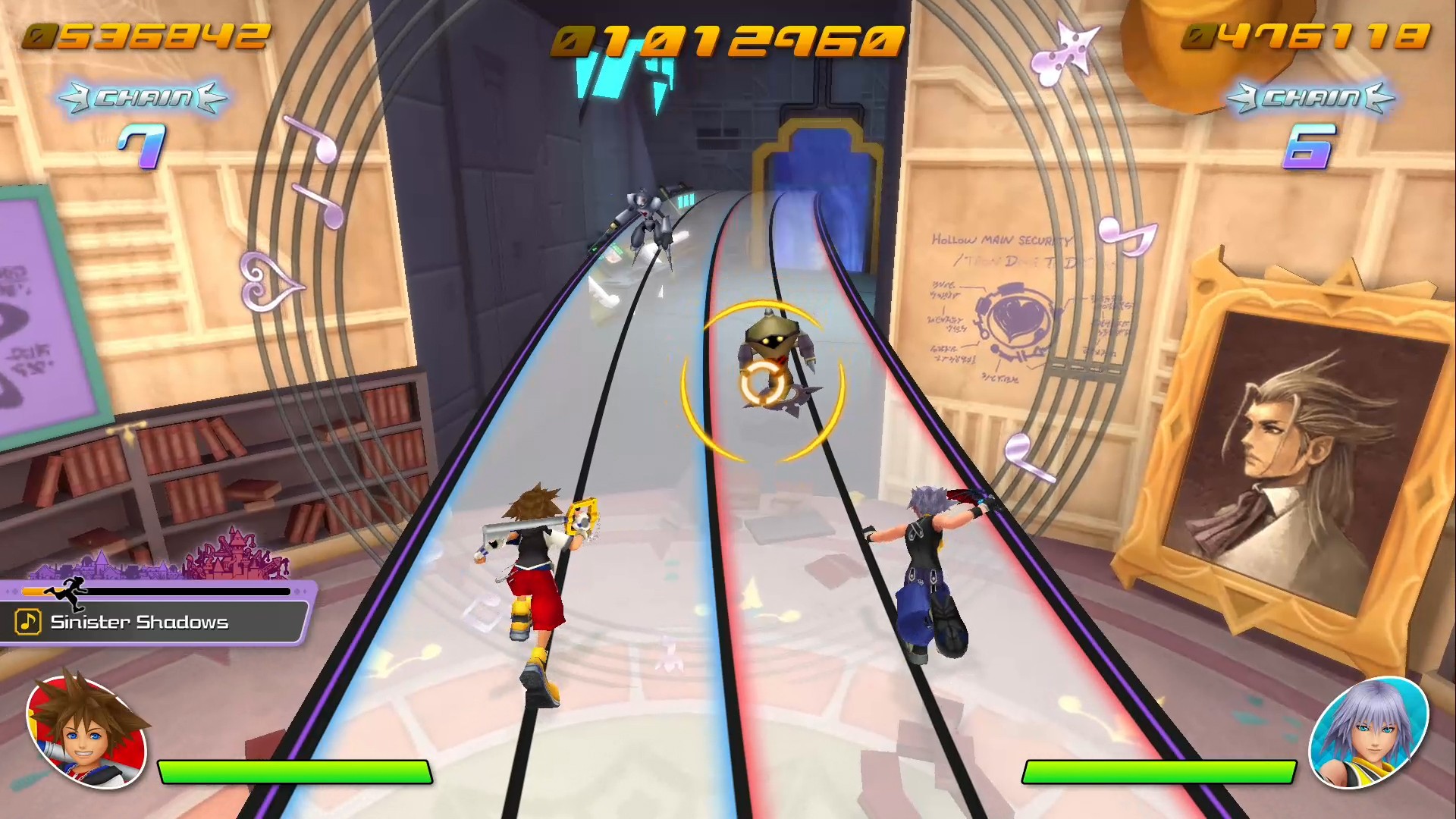 The game’s Co-op mode features a separate set of tracks than the Track Selection mode, at least in the demo (which had two). As previously mentioned, two people will be able to play together in Co-op mode. The two players will each have their own individual paths, health bars, and score counters. At the end of the stage, both of their scores will be added to come up with the final score. It’s a fun couch co-op mode for those who want to work together to get higher scores on each of the Field Battle Music Stages.

In spite of the little we were able to experience, the gameplay of Kingdom Hearts: Memory of Melody is pretty impressive and is surprisingly enjoyable. The combination of its visuals, gameplay, and music make for a rather fun experience. And it’s wide range of gameplay options, with its style modes and difficulty levels, make the game easily accessible to a wide range of players. And with the game’s story supposedly picking up where Re Mind left off, there’s definitely more to look forward to when the full game is released. Fans of the Kingdom Hearts series or fans of rhythm games in general should definitely check out the game or at least the demo.