The collection releases this November. 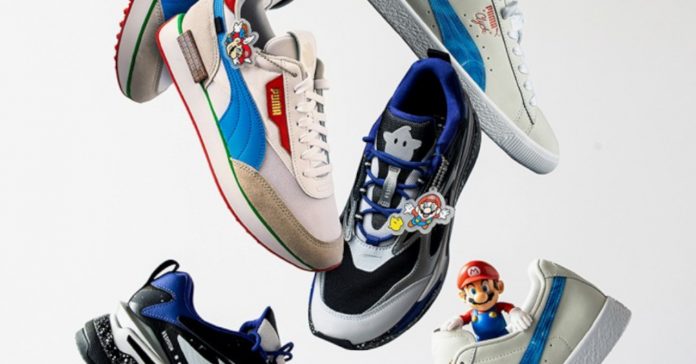 To celebrate the release of Super Mario 3D All-Stars for the Switch, as well as the 35th anniversary of the Super Mario franchise, Nintendo teamed up with Puma for a Mario-inspired sneaker collection. This Puma x Mario collab features three sneakers, each of which feature various Mario-themed design elements and colors.

The first in the collab is a Puma Future Rider which is inspired by Super Mario 64 for the Nintendo 64. The sneaker comes in a primarily white color with red and blue accents, complete with a green stripe near the sole as well as a brick design that’s seemingly a reference to World 1 in the game. The sneaker also has a Mario tag which is based on the Super Mario 64 box.

Next up is a Puma Clyde that’s inpsired by Super Mario Sunshine for the GameCube. This sneaker features a water-themed stripe that’s in reference to Sunshine’s tropical world and Mario’s F.L.U.D.D. water cannon. 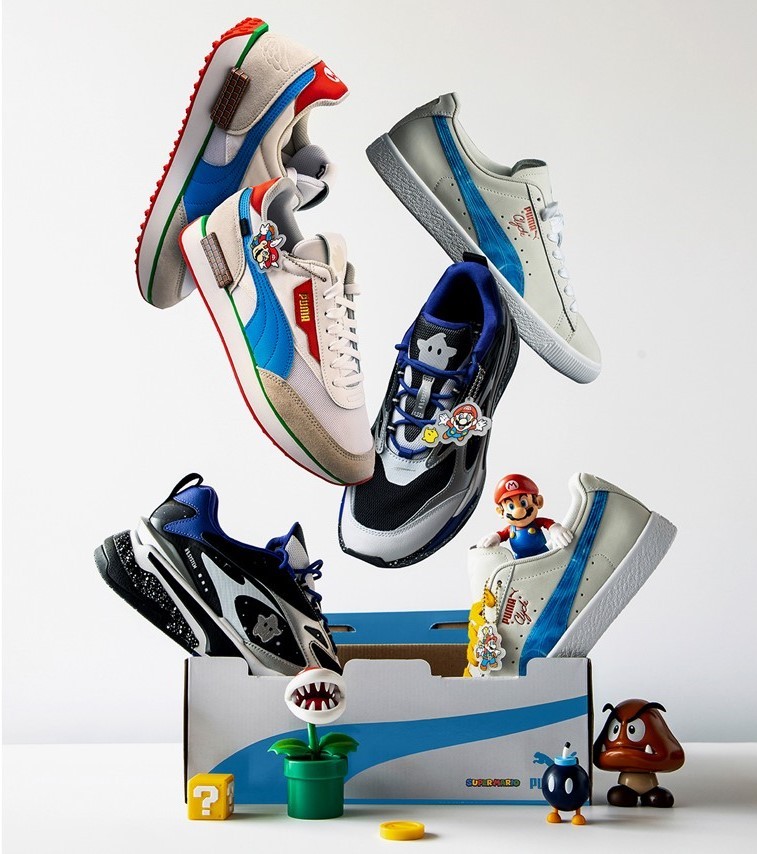 The third and final sneaker in the collection is a Puma RS-Fast that’s inspired by Super Mario Galaxy for the Wii. This sneaker features a primarily black colorway with purple accents and a starry print, in reference to Super Mario Galaxy’s space theme. The sneaker also has a Mario Galaxy Star print on the side and on the tongue.

The Puma x Super Mario 3D All-Stars collection will release on the PUMA webstore and Foot Locker on November 27. The SRP of the sneakers are:

There’s no word yet on if the sneakers will release in the Philippines.