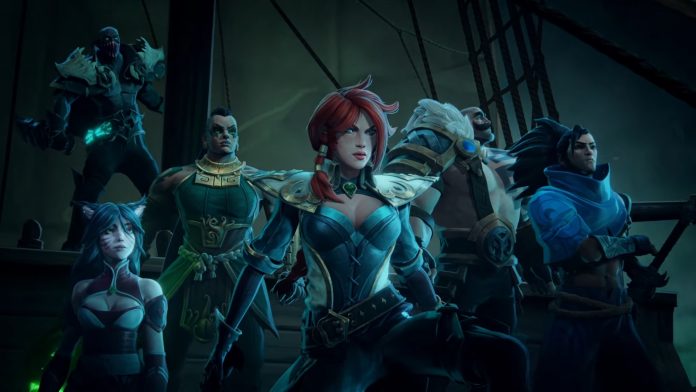 Riot just seems to be on a game-release roll as another new IP has been announced for early next year (2021). “Ruined King: A League of Legends” story was shown via an announcement trailer and this game is said to be “a single-player turn-based RPG featuring the baddest of Bilgewater”. Check out the trailer here:

Set to come out on the PS4, Nintendo Switch, Xbox, and PC (Steam and the Epic Games Store) with future releases on the PS5 and Xbox Series X/S, Ruined King is an RPG that will be set in the world of League of Legends (aka Runeterra). Sadly, the trailer didn’t show any game play footage but, a LoL RPG?? Color us interested! It was also said that more details will surface on December so we’ll definitely stay tuned for that.

The game comes from Riot Forge, a publishing label within Riot Games that’s focused on the creation of games that will expand the League of Legends universe. Along with all the new IPs that Riot has launched (Valorant, Legends of Runeterra, and League of Legends: Wild Rift) that have been well-received by the market, we’re pleasantly surprised to have another title coming so soon!

- Advertisement -
Previous article
Get more of your Halloween Celebration with PayMaya!
Next article
Ubisoft’s VR title ‘AGOS: A Game of Space’ is available now