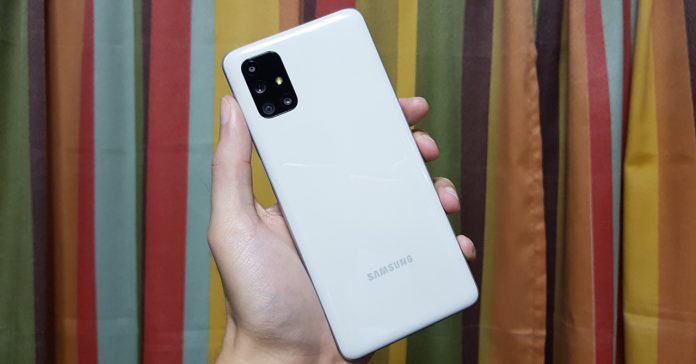 Before, a lot of smartphones have a battery capacity of around 3000mAh. Recently though, 4000 to 5000mAh batteries have quickly become the standard; this means more and more smartphones are lasting much longer on a single charge.

It’s not just flagships that are getting large batteries, as even budget and mid-range devices from various brands now have larger battery capacities. New Samsung smartphones for instance, from the Note 20 line to the Galaxy A71, pack over 4000mAh batteries. Samsung’s latest smartphone though, goes way beyond that! 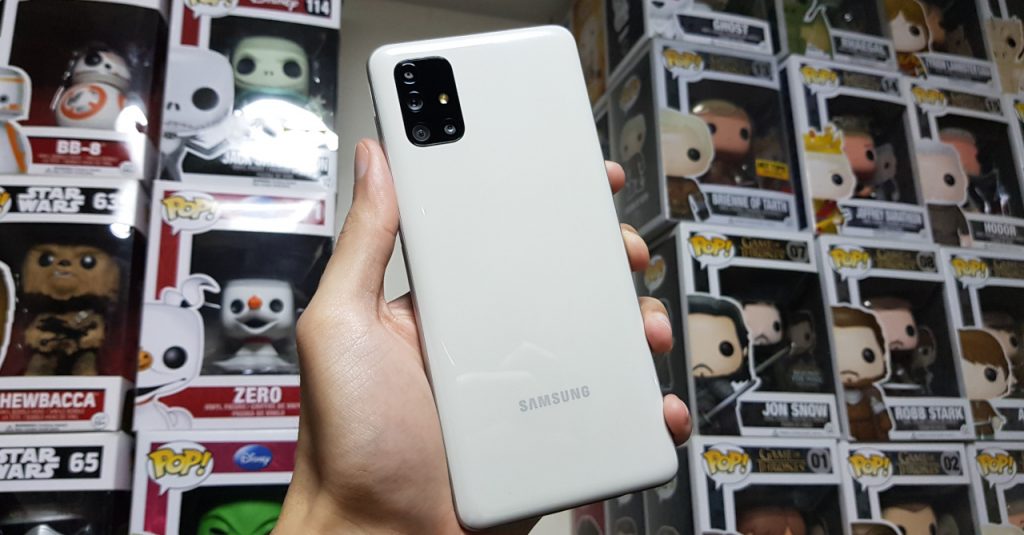 The Samsung Galaxy M51 is a new mid-ranger from Samsung that packs a similar feature set as the A71, but with a major difference. The M51 packs a massive 7000mAh battery! With this, the M51 promises battery life that can be measured not in hours, but in days!

While the M51 is no doubt impressive because of its battery, that isn’t the be all and end all of a smartphone. After all, good performance and cameras are also a must, especially given its near PHP 20k price tag. So does the M51 impress aside from just its massive battery? Find out here in our review! 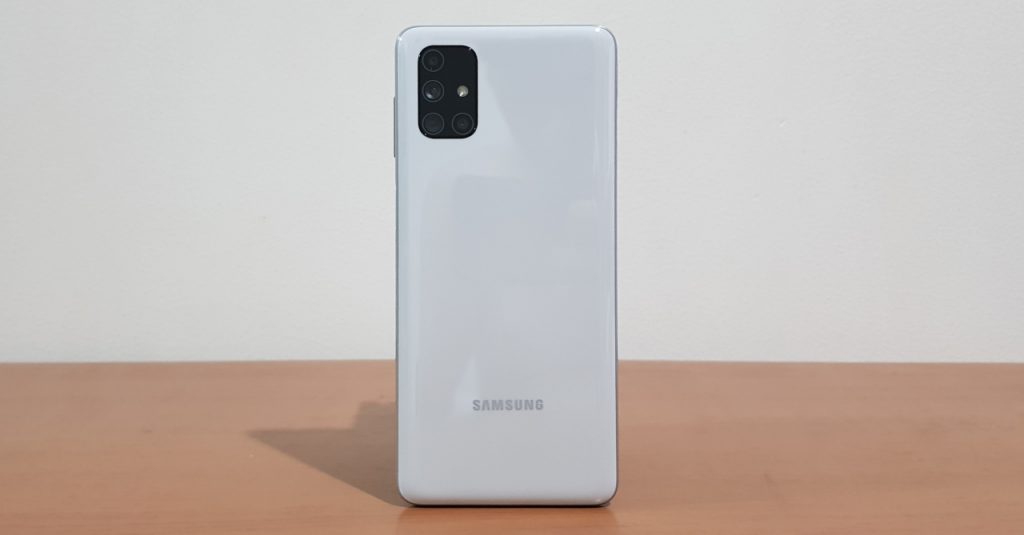 In the design department, the Galaxy M51 looks sleek and elegant, especially in the white colorway. While it may not be as eye-catching as other Samsung phones such as the A71 which have unique patterns, the M51 is still a premium-looking phone overall. Though for most users, a case is recommended as the phone’s back is a bit of a fingerprint magnet. 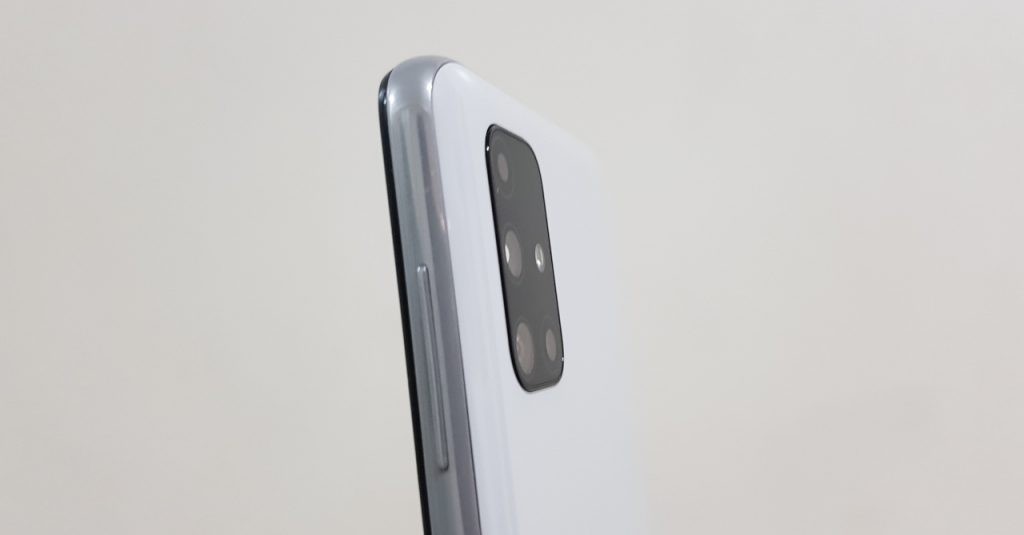 Even without a case though, the M51 feels great in the hand as it doesn’t feel that slippery. Though you will feel the size of the M51–this phone is BIG. Aside from having a large screen, the phone is slightly thicker than other mid-rangers because of its large battery. Personally though, I quite like the size of the M51. I also like that the phone’s thickness means that the camera module is flush with the phone’s back (no annoying camera bump here). 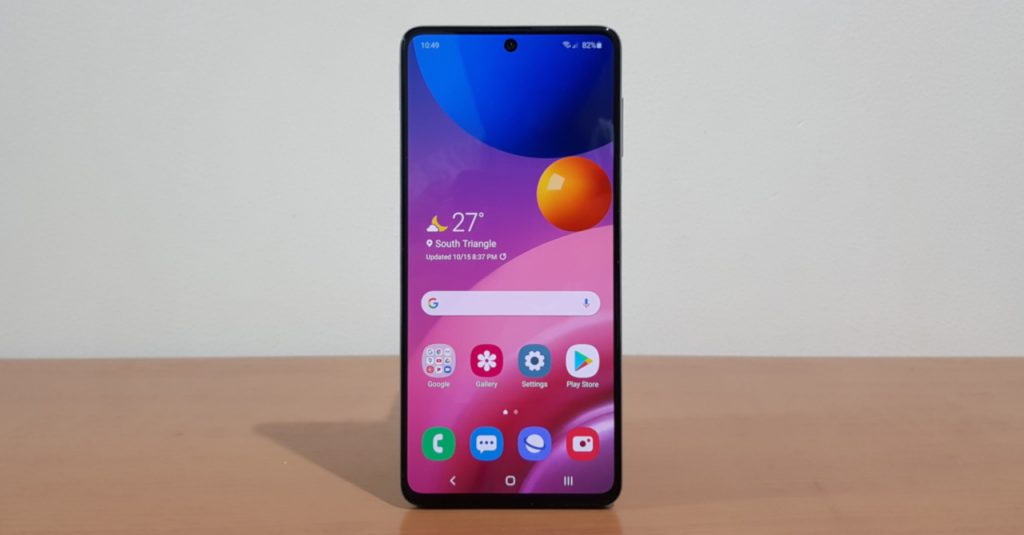 Speaking of display, the M51 has a large 6.7-inch FHD+ AMOLED display with a small holepunch notch at the top. This, along with the minimal bezels makes for a phone that’s nearly all-screen. The chin is just slightly thicker than the top bezel, meaning the phone’s front is not fully symmetrical; this is just a nitpick though as the screen is great looks-wise. 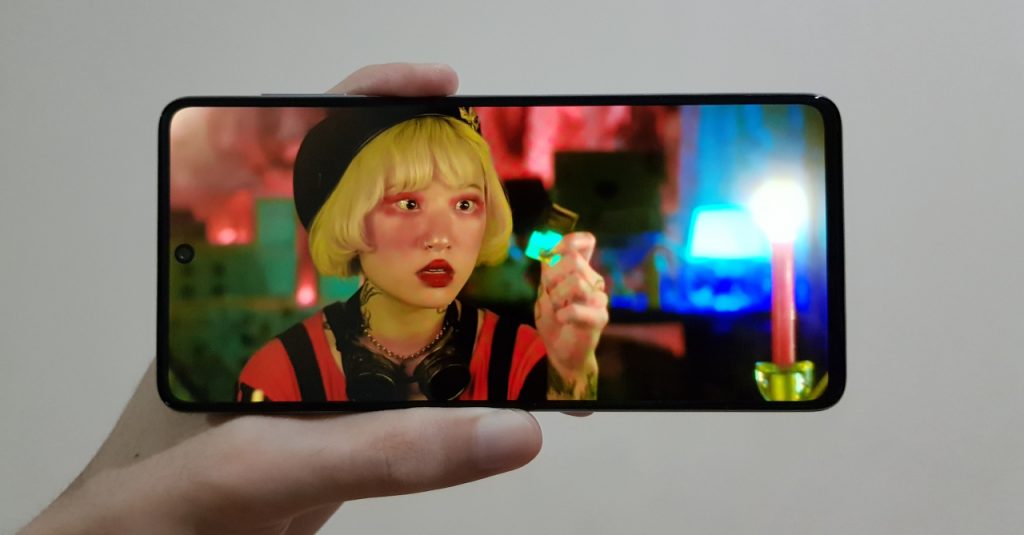 Samsung phones are known for their quality AMOLED displays that are great for watching movies/shows, and the M51 is no exception. Thanks to the vibrant colors and sharp details produced by its AMOLED screen, the Galaxy M51 is definitely a great partner for binge-watching. To top it all off, the size of the screen also helps to give users a better viewing experience.

As for audio, the M51’s bottom-firing onboard speaker gets decently loud and has an okay sound quality. While you can definitely get some binge-watching done using just the built-in speaker, headphones/external speakers via the 3.5mm headphone jack or Bluetooth are recommended.

The Galaxy M51 is powered by a Qualcomm Snapdragon 730G and packs 6GB of RAM. While it has slightly less RAM, the M51 uses the same processor as the Galaxy A71. Because of this, both phones perform at around the same level for mobile games. 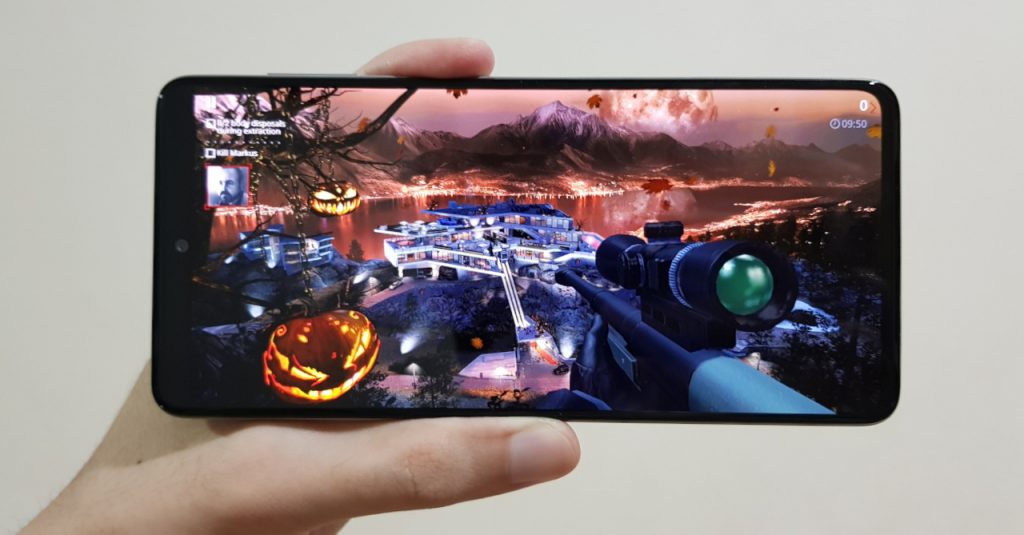 For less-demanding games such as Mobile Legends: Bang Bang, the Galaxy M51 will play them smoothly at the High graphics setting. Even a game like Hitman Sniper plays fairly smoothly on the M51. 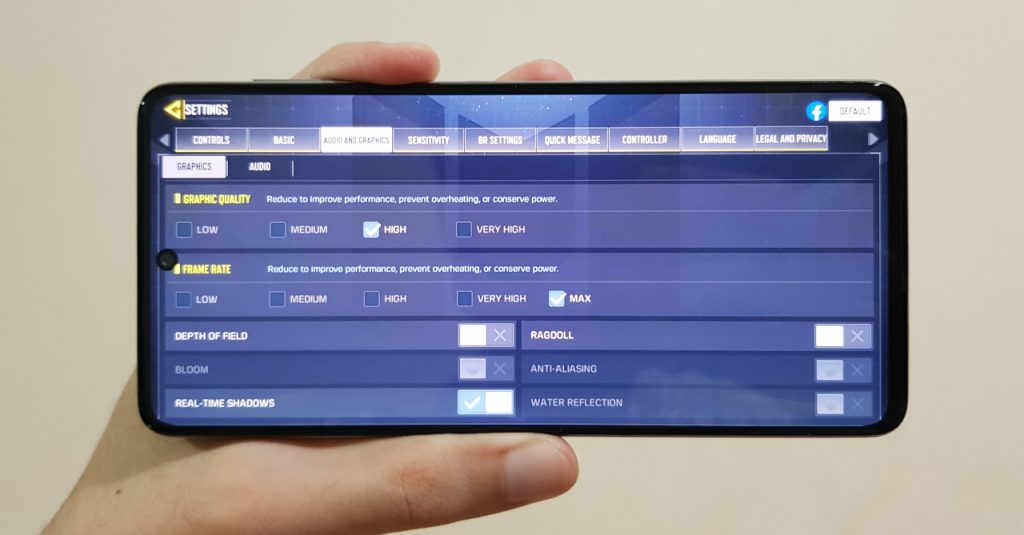 For more demanding games, the M51 also works well. Call of Duty: Mobile for example, runs at the recommended High graphics setting with a smooth framerate. If you want to, you can also run the game at Very High, but there may be some framerate dips here and there.

As for the popular (and hardware-intensive) RPG Genshin Impact, the M51 is able to run the game at the Medium Graphics setting at 30FPS. You can bump the FPS up to 60, though the M51 won’t be able to maintain 60FPS constantly.

As with its processor, the M51 also shares the A71’s camera setup of a 64MP main + 12MP ultra-wide + 5MP macro + 5MP depth sensor quad rear cameras, as well as a 32MP front camera. In our camera test of the M51, the phone’s shooters proved to be quite impressive.

In daytime, the M51’s 64MP main shooter takes high quality photos that are nearly flagship quality, with images having vibrant colors and lots of detail.

The M51’s ultra-wide camera also takes high quality photos in daytime. While other mid-range phones have ultra-wide cameras that don’t deliver in low light, the M51’s 12MP ultra-wide shooter is able to take good low light photos thanks to the built-in Night Mode.

The M51’s 5MP macro camera also works well in taking close-up shots, even indoors with just standard fluorescent lighting. This is unlike other phones with only 2MP macro cameras that struggle when taking indoor macro photos.

The M51’s dedicated 5MP depth sensor also captures portrait shots with a natural-looking background blur effect. What’s even better is that you can change the level of blur even after taking a photo thanks to the Live Focus feature.

As for selfies, the M51’s 32MP front camera snaps good quality selfies, though I’d recommend lessening the beautification feature as it can be a bit aggressive.

Given the phone’s great performance, it comes as no surprise that the M51 is also fast and snappy for everyday use. Whether you constantly switch between social media apps or work on some office documents or presentations, the M51 should be able to handle all of your needs without breaking a sweat. 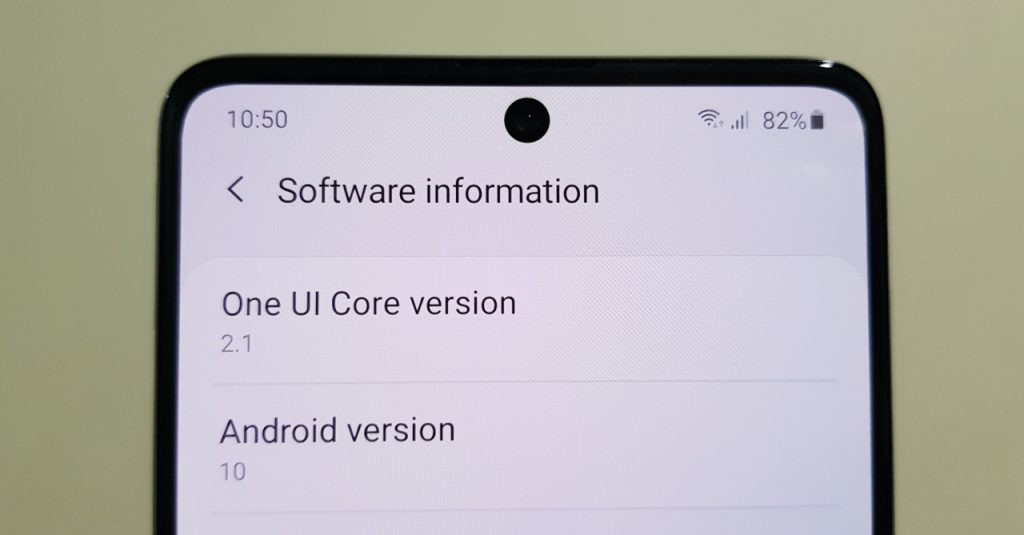 For its software, the M51 runs on One UI Core 2.1 that’s based on Android 10. In case you’re unfamiliar, One UI Core is a simplified version of the One UI that’s used in the higher end A-series and the flagship S and Note series phones. Because of this, the M51 lacks a couple of features such as Link to Windows, Edge Panels, Samsung Knox, and more. While the fully-featured One UI would’ve been welcome on the M51, One UI Core is still a pretty feature-rich UI overall.

Before we end, we have to talk about the M51’s 7000mAh battery. With medium use, the M51 was able to last for 3 days on a single charge. As for light use with around 2 and 1/2 hours of screen on time per day and with WiFi always on, the M51 lasted for four days. The incredible battery life of the M51 no doubt makes it the battery king. 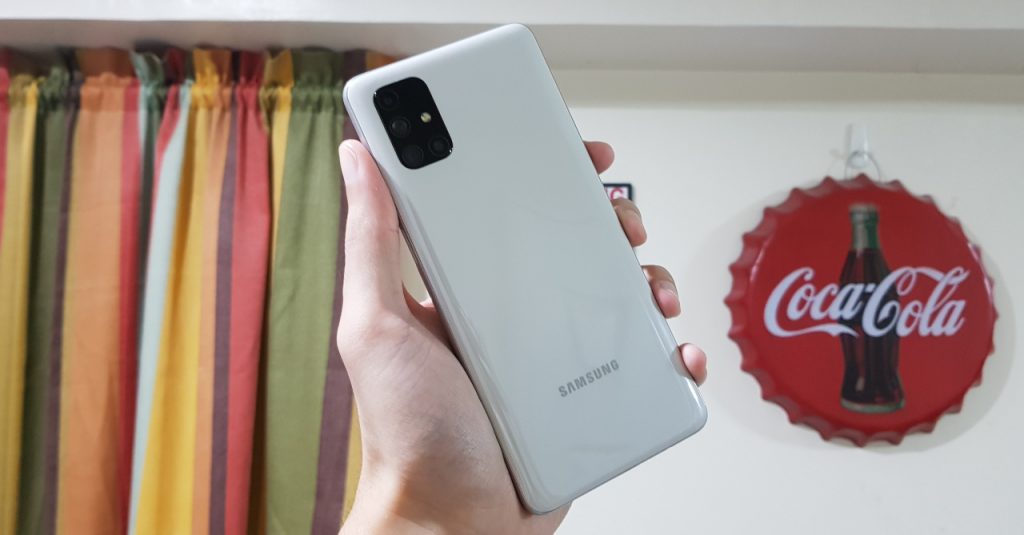 Thanks to its good gaming/everyday performance, great set of cameras, and premium design, the Samsung Galaxy M51 is an great mid-range phone. Though what truly makes the M51 exceptional is its massive battery that lets it last for days on just one charge.

With its long battery life and premium feature set, the Galaxy M51 is definitely worth its PHP 19,990 price tag.