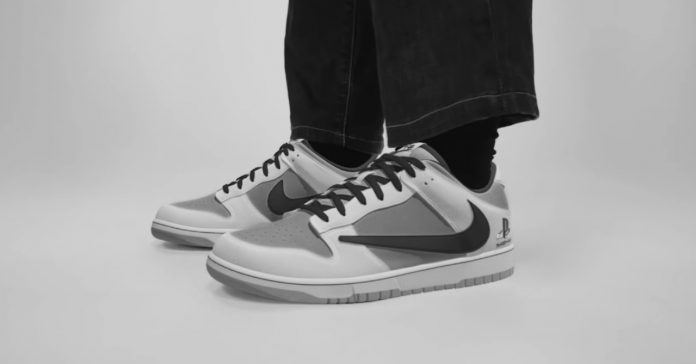 Sony is pulling out all the stops for the release of the PS5!

Recently, Sony has announced that they have tapped hip-hop megastar Travis Scott to be the new strategic creative partners for PlayStation. As part of his new project, Travis Scott and his Cactus Jack brand are set to “produce innovative projects” to promote PlayStation.

While there’s no word yet on specific projects in the pipeline, the reveal video of Travis Scott’s PS5 partnership teased a PlayStation-inspired Nike Dunk Low! 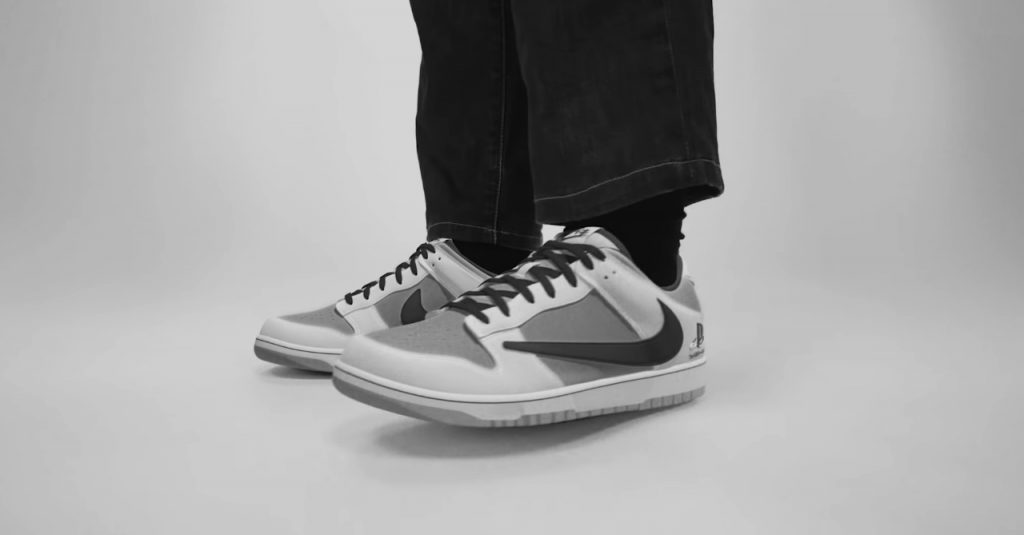 As with Travis Scott’s previous Jordan 1, this Nike Dunk Low features a reverse Swoosh (which has now become his signature for Nike collabs). The sneaker also features a PlayStation logo near the back.

Given that the video is in black-and-white, there’s no official word yet on what specific color this sneaker will be. Though we expect it to incorporate the PS5’s black, white, and blue color scheme.

Currently though, there’s no word yet on when these sneakers will be released, or if they will just be a one-off for Travis Scott’s PlayStation partnership.

“I’m really looking forward to being able to showcase everything that Cactus Jack has worked on with Sony and the PlayStation team. Most importantly I’m excited to see how the PlayStation fans and family respond, and I look forward to running some games with everybody very soon!”