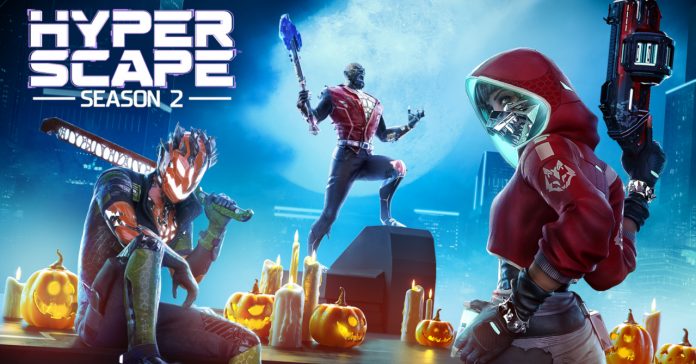 Ubisoft has just announced the first major seasonal celebration for Hyper Scape with the game’s new Halloween Event. This new seasonal event for Hyper Scape is live now until November 3 across all platforms, and it includes a wealth of new content, including new cosmetics, a Halloween theme for Neo Arcadia, and two limited-time game modes. The new game modes include Crown Rush Solo and Dark Haze Squad.

Right now, players can try out Crown Rush Solo in a new, exclusive environment as the mode’s full map will be in night mode. Crown Rush Solo is also getting a big twist with Second Chance, a new feature that revives players who have been killed. How it works is that players who are knocked out during the first minutes of the match will be sent back to deployment pods instead of being eliminated.

The next game mode, Dark Haze Squad, will be playable starting October 27. This new mode will cover the map with a Halloween fog that limits visibility. The game mode will also have no crown and feature a reduced selection of weapons and hacks. Because of this, players will have to work together with their squad members in order to win.

Aside from getting to enjoy these modes, Halloween-themes cosmetics will be available in the event’s duration. The cosmetics include new Champion outfits, new deployment pods, new weapon skins and more.

Hyper Scape is a free-to-play Battle Royale that’s available now on PC, PlayStation 4, and Xbox One. For more info on the game, visit: https://www.ubisoft.com/en-us/game/hyper-scape.