A good buy for motorsport fans! 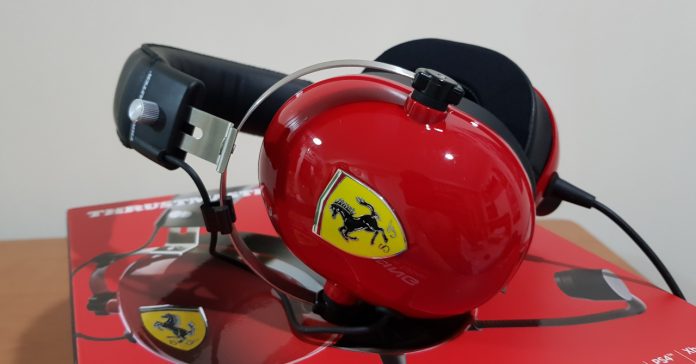 Recently, we got our hands on the Thrustmaster T.Racing Scuderia Ferrari, a gaming headset for PC, PS4, and Xbox One. While there are a lot of gaming headsets out there, what makes the T.Racing unique is its design.

As you can see, the T.Racing Ferrari Edition not only features Ferrari branding, its design also looks straight out of F1. Specifically, the headset looks a lot like the ones worn by the actual Ferrari F1 team in the pitlane. 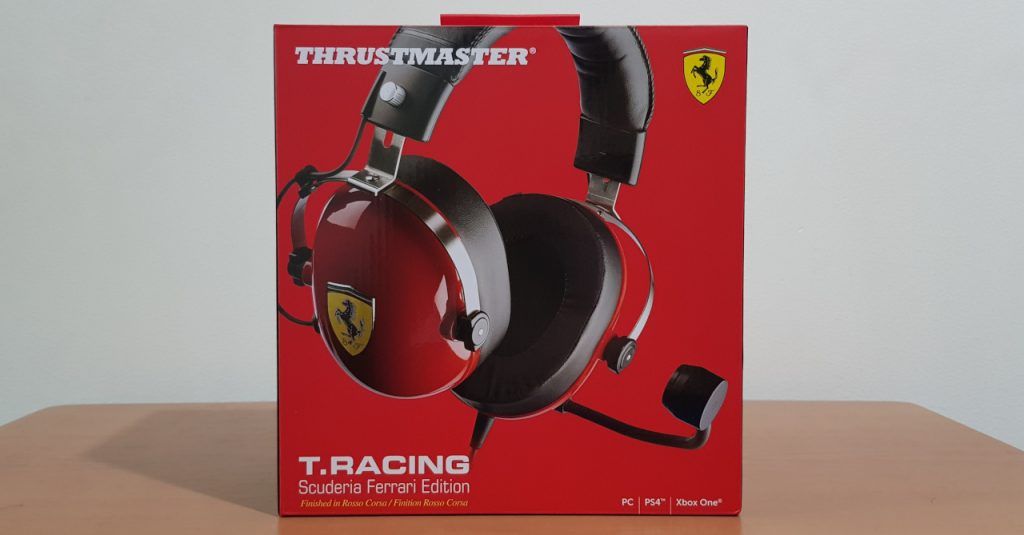 Of course, a headset’s design isn’t the only thing that matters. For a gaming headset to be recommended, it has to sound good in-game, as well as be comfortable enough to wear for marathon gaming sessions.

So does the Thrustmaster T.Racing Scuderia Ferrari Edition deliver in those aspects? Find out here in our full review of this Thrustmaster gaming headset! 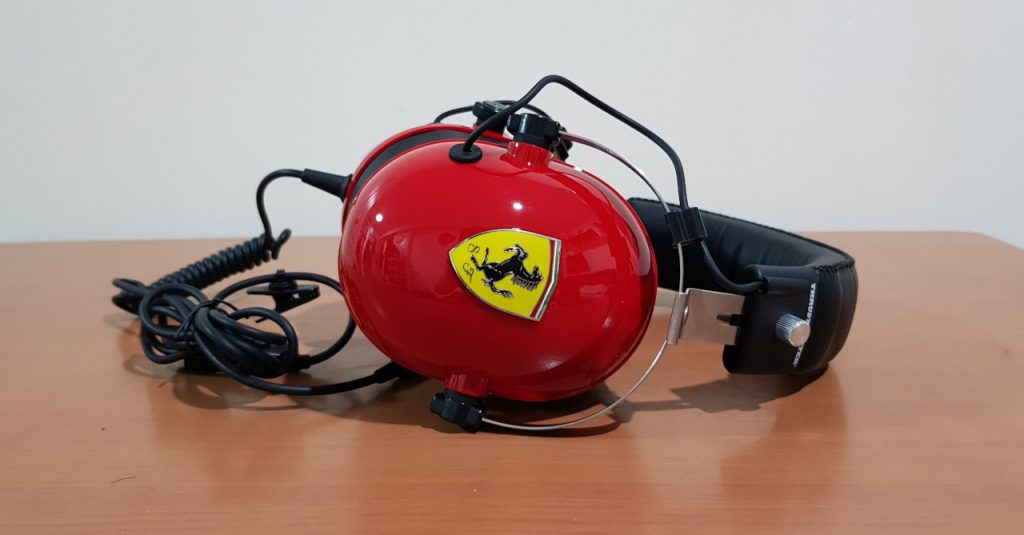 As mentioned above, the T.Racing Ferrari Edition is styled similarly to actual headsets used by F1 teams. Personally, I love the design as I’m a big F1 fan. Even though I’m not a diehard tifoso, Ferrari’s iconic rosso corsa color and prancing horse logo makes for one eye-catching headset.

Aside from just looking great, this Thrustmaster headset also feels quite solid, meaning it should last for years of use. Though you do have to be careful of some exposed cables on both earcups.

Given its F1 inspiration, the T.Racing headset is quite large and is a bit heavy. As you can see above, the headset looks quite big on my head, which might be an issue for users with smaller heads. For most users though, the headset should fit well. 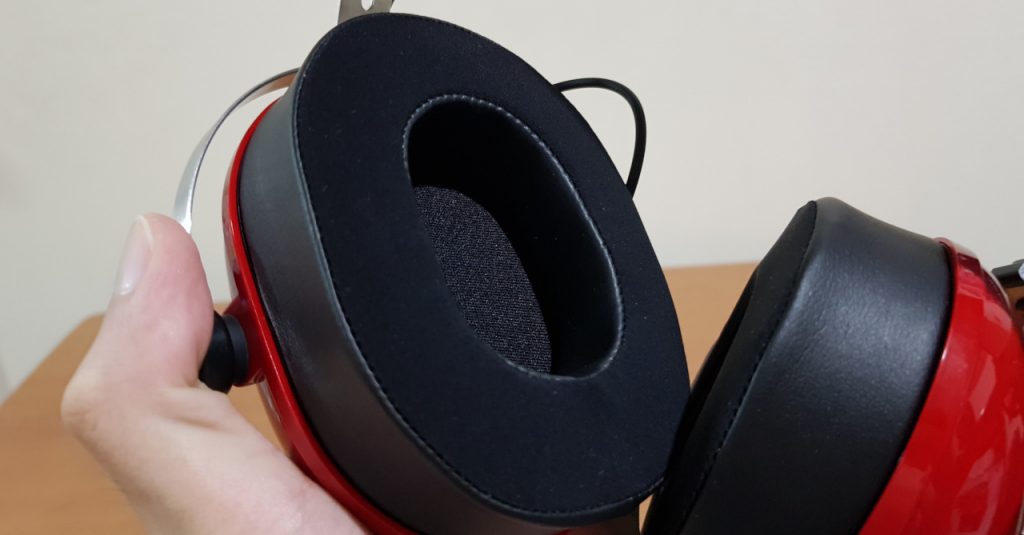 Even though it’s big and a bit heavy, the T.Racing Ferrari Edition is incredibly comfortable, even if you wear it for hours on end thanks to the plush memory foam earpads. What’s even better about the earpads is that while the sides are made out of leather, the earpads have a fabric material at the front, meaning they are more breathable than other gaming headsets. You likely won’t sweat as much even if it’s warm thanks to the earpads’ design.

The headset also has plush padding at the top which adds an extra layer of comfort. Though take note that you have to loosen the knobs at the top before adjusting the headband. While this extra step may not be the most convenient, it does help keep your preferred headband adjustment secure.

As for its mic, the T.Racing Ferrari Edition has a mic on the left side. Aside from being able to put it up or down, you can even remove the mic attachment in case you don’t need to use it. If you do choose to detach the mic, the headset comes with a rubber cover to keep the headset looking sleek, as well as to protect the mic port.

Now we move on to sound quality. As expected, the T.Racing Scuderia Ferrari Edition did not disappoint for racing games. On titles such as Project Cars 3 and Gran Turismo Sport on the PS5, the T.Racing headset provides a great audio experience as it nicely reproduces the engine noise and other sounds in-game. The only thing that could’ve been better with this headset is volume as it is a bit on the quiet side when connected via the DualShock 4 controller,

Aside from racing sims, the T.Racing headset also worked well for other titles. In FPSes such as Overwatch for example, the headset was able to accurately convey where enemies are coming from when they use their abilities. The headset also provided good sound quality for other types of multiplayer games, as well as for triple-A titles. 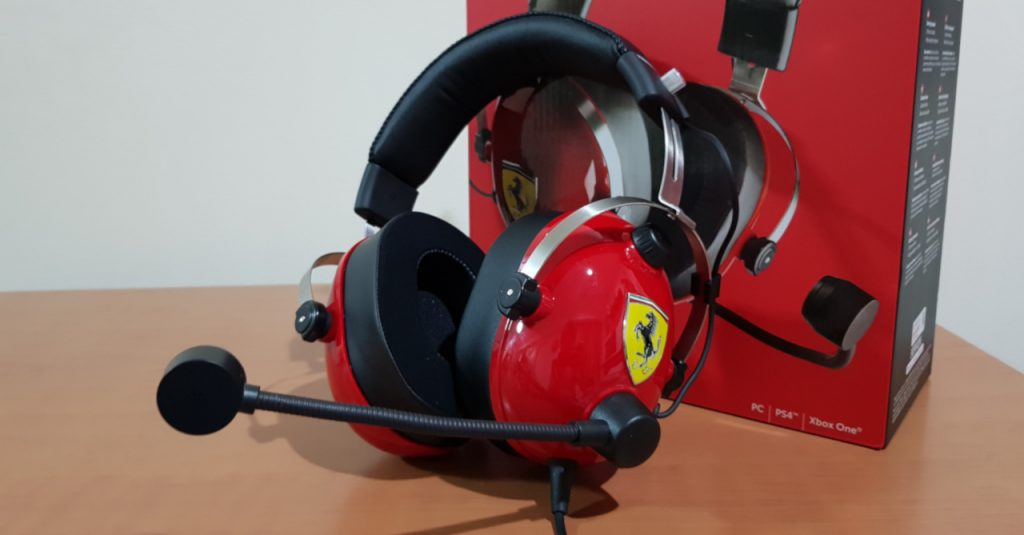 For music though, the T.Racing Scuderia Ferrari Edition should be good enough for most users, though audiophiles may not like the rolled-off high notes and slight lack of bass impact. Still, music overall sounds good on this headset, with most songs sounding clear and having a decent soundstage.

As for the mic, the T.Racing headset’s detachable mic allows users to communicate with teammates clearly in-game. While I wouldn’t recommend it when recording audio for podcasts or videos, it performs well for communicating in multiplayer titles. 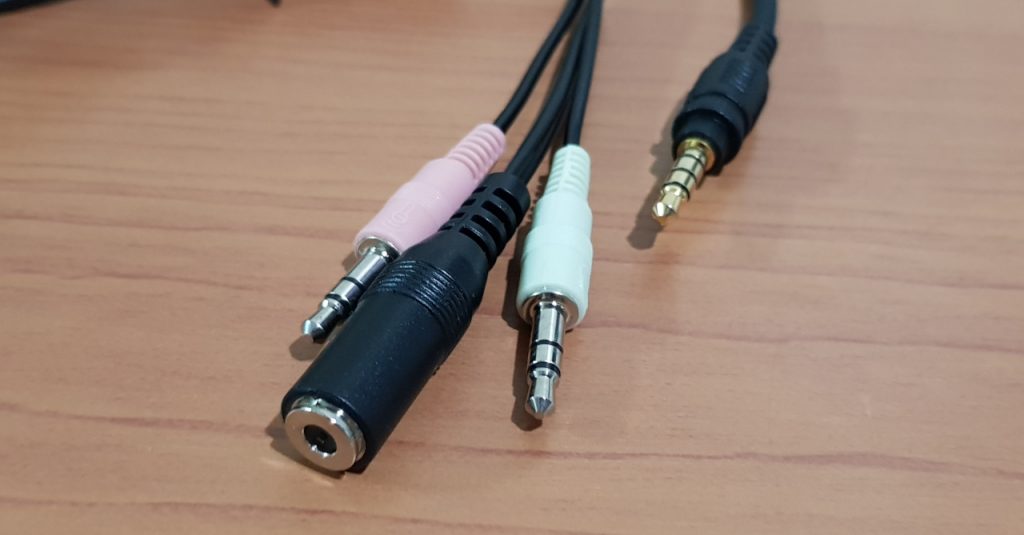 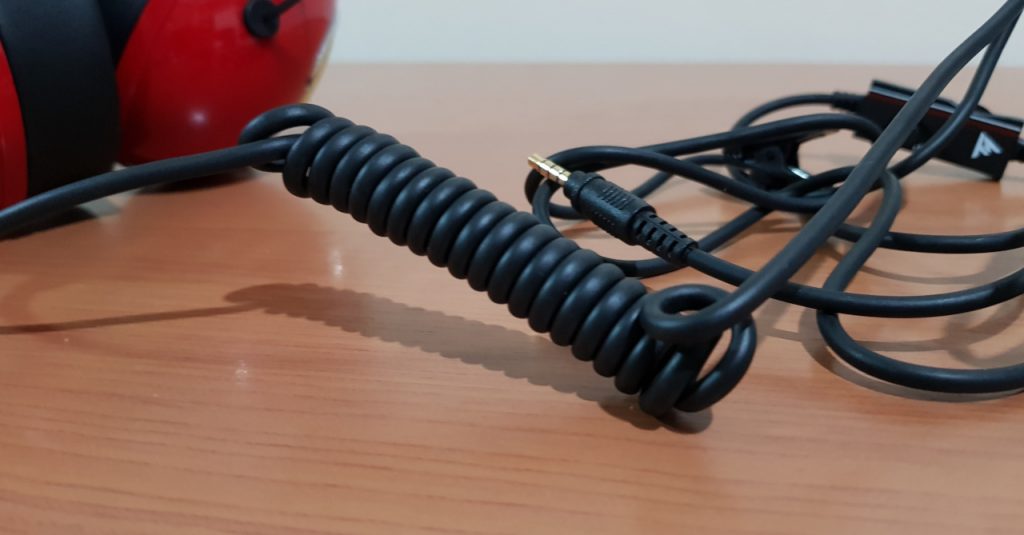 The T.Racing headset’s cable also has a coiled portion. While it adds a bit of bulk, it’s a nice touch as it adds extra protection to the cable, especially if you move around without taking off the headset. 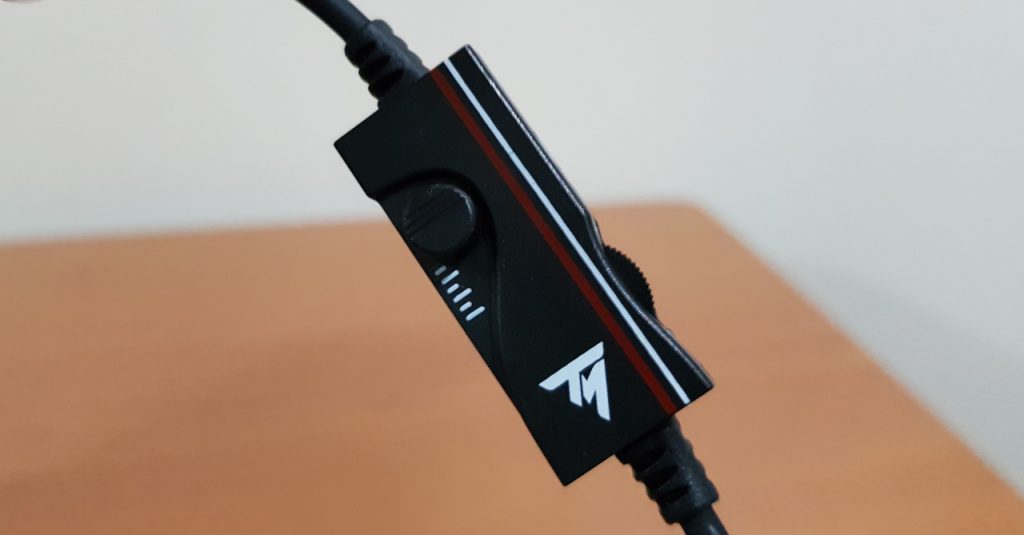 The cable also has a nifty mic control unit. This unit lets you mute the microphone, as well as control the volume. Much like the coiled cable, this is definitely a nice touch as it lets you easily control the headset’s mic without having to play around with settings in-game (or in VoIP apps). 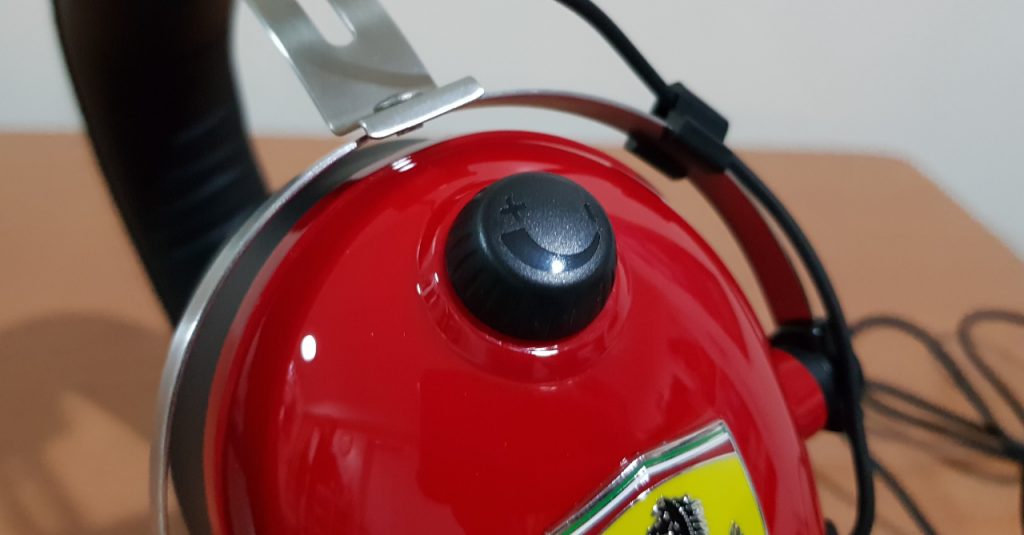 As for audio volume, the T.Racing Ferrari Edition has a volume knob on the left earcup. While it’s a bit of an unusual placement, it was done as a reference to F1 team headsets, some of which have volume controls on the earcup.

Overall, this T.Racing headset is great for daily use thanks to its various control features, as well as its solid build quality. The only real knock against the headset is that the cable is not removable. 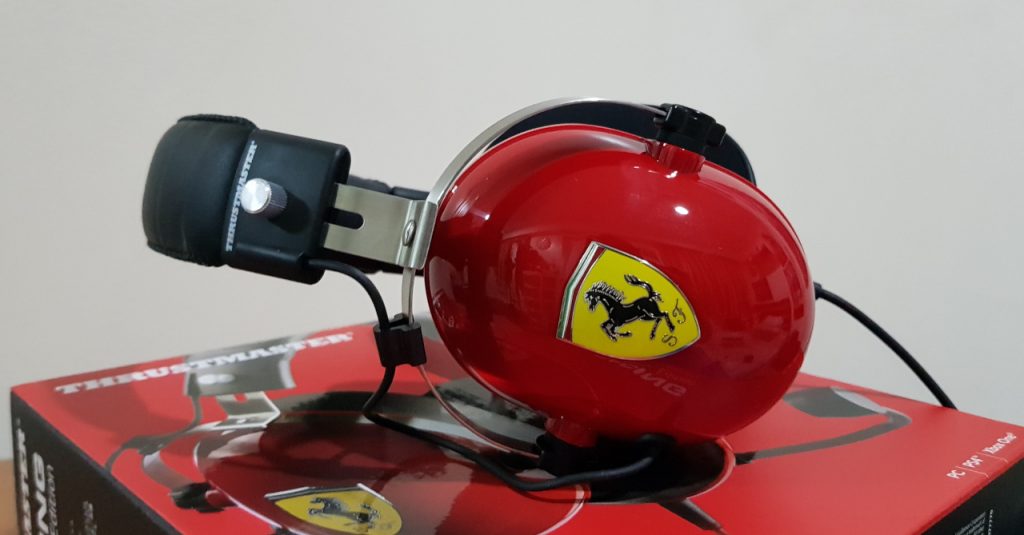 Thanks to good sound quality for games, great day-to-day reliability, and excellent design (both looks and comfort-wise) the Thrustmaster T.Racing Scuderia Ferarri Edition is a great gaming headset, whether you primarily play racing games or are more of an FPS/MOBA player.

This headset is priced in the Philippines at PHP 5,995, a price that is on the more expensive side. Though if you’re a big F1 fan or a car lover in general, the T.Racing Scuderia Ferari Edition is definitely worth a buy.

Interested in getting your own Thrustmaster T.Racing headset? We’re giving one away along with a T150 Pro wheel!