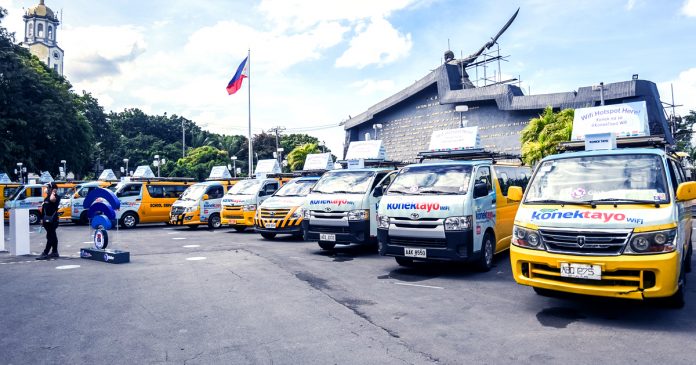 If you grew up in the 90’s then you’d probably remember riding in one of Ms. Frizzle’s magical adventures aboard the Magic School Bus on one of those Saturday morning cartoon block hours. Every episode opened new worlds for the students stuck-er-lucky enough to join and, just like magic, they end up enjoying themselves in a medium that entertain and informs. Fast forward a couple of decades later, while we don’t have the luxury of having Ms. Frizzle whisk us away, we do have something that takes us into new worlds and opens up new information should we seek it – it’s called the internet and in this day and age and given the current situation of the entire world, it has become an essential.

(Raise your hands your hands if your remember this! Congrats, you’re old!)

Sadly, getting a wired service isn’t as easy as it can be and telco’s are scrambling left and right to service a sudden surge of population that needed to be connected. Globe’s forward-thinking pushed them to conceive one of the best ready solution to cater to the more underserved public. With the given mandate of DepEd to open classes on a blended (or distance learning) level, this means students, even those that go to public schools need to be connected.

Getting a laptop, tablet, or mobile device is one thing and getting data – the main highway in which information is being transmitted—is another. And this is where Globe’s latest ingenuity comes in. Ladies and gents let’s welcome their version of their own Magic School Bus, Globe’s KonekTayo School Bus WiFi. 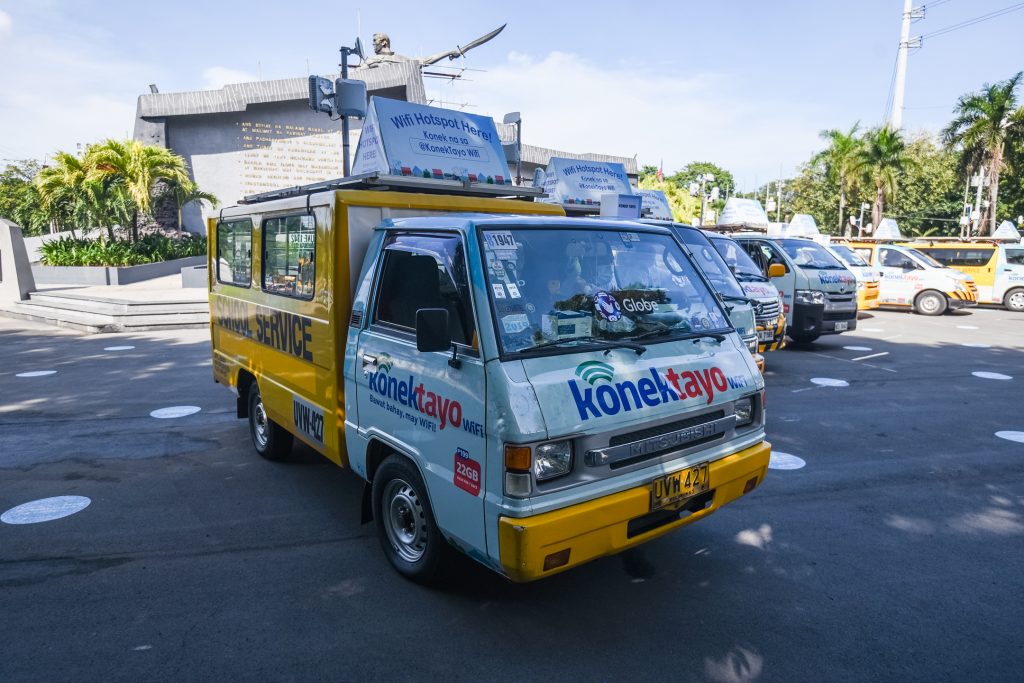 With a pilot run at the City of Manila, KonekTayo School Buses are, school buses retrofitted as a roving WiFi Hotspot that aims to serve and augment data allocation to even the most remote of location within the city. Contrary to popular belief, there are sectors within the city that do not have access to free-flowing data, Mayor Isko Moreno revealed during the inaugural launch of KonekTayo School Bus WiFi.

“Against the backdrop of COVID-19, internet access has become a lifeline more than a luxury.  Internet access is needed by students to pursue online education, by workers to continue earning a living while working from home, by families to stay connected with each other. With Globe’s School Bus WiFi in the City of Manila, we are able to help in ensuring that residents have access to affordable WiFi connectivity.  We look to partner with other local governments to expand this initiative”, said Jaime Augusto Zobel de Ayala, Ayala Corporation Chairman and CEO and Globe Telecom Chairman.

The use of KonekTayo WiFi service will be free for the first hour for public school students and teachers in Manila who were provided 289,000 Globe SIM cards.

The cost of service? According to Ernest Cu, Globe President and CEO, they were able to bring down the cost to as low as 15 pesos per day of usage! 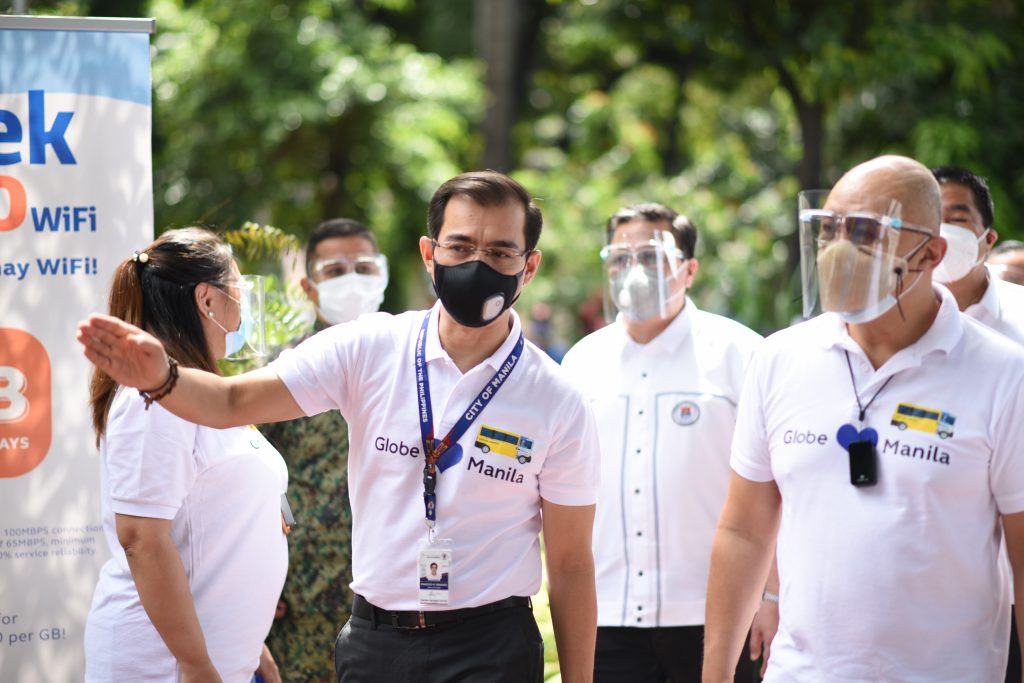 “We recognize the difficulties faced by the private school transport industry, especially now that classes have started. We sought to develop an innovation that will not only provide this industry with a new opportunity, but will also bring connectivity to students and communities in areas that need it most”, said Mr. Ernest Cu.

Formerly known as KapitWiFi, KonekTayo WiFi is a fast and secure community WiFi service that aims to provide households with affordable internet. The School Bus WiFi campaign is part of KonekTayo WiFi’s bigger purpose of making internet connectivity more accessible for underserved families and communities across the country. With KonekTayo WiFi, customers simply need to connect to a KonekTayoWiFi hotspot, purchase a promo and surf all day.

Best of all, KonekTayo WiFi is made available to all mobile networks, and requires no device cashout, monthly fees or modems. You just need a unit that can get WiFi signals (Laptop, Tablet, Mobile Phone) and the required verification code.