Yakuza meets Streets of Rage in ‘Streets of Kamurocho’ for PC

The game will be available for a limited time only! 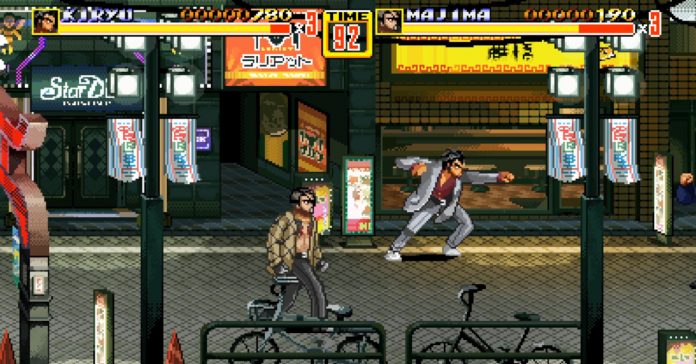 2020 is Sega’s 60th anniversary, and to celebrate, Sega is releasing four free mini-games on PC. One of the four freebies is Streets of Kamurocho, a game that combines Yakuza’s iconic characters and setting of Kamurocho, with gameplay and graphics straight out of Streets of Rage 2.

In Streets of Kamurocho, players will be able to play as Kazuma Kiryu and Goro Majima, the two most popular characters in the Yakuza series. The game will have players face off against various enemies in a 2D rendition of Kamurocho.

“In celebration of SEGA’s 60th Anniversary, SEGA mashed Streets of Rage 2 with the ever-popular Ryu Ga Gotoku Studio’s Yakuza series, and Streets of Kamurocho was born.

Play as two of the most loved characters – Kiryu and Majima – to brawl your way through Kamurocho.”

Aside from Streets of Kamurocho, Sega also has three more free mini-games for its 60th Anniversary. The other games include:

Better hurry though, these three titles are also available only until October 19!