Bakugan: Champions of Vestroia is available now on the Nintendo Switch

The game is out now in Southeast Asia! 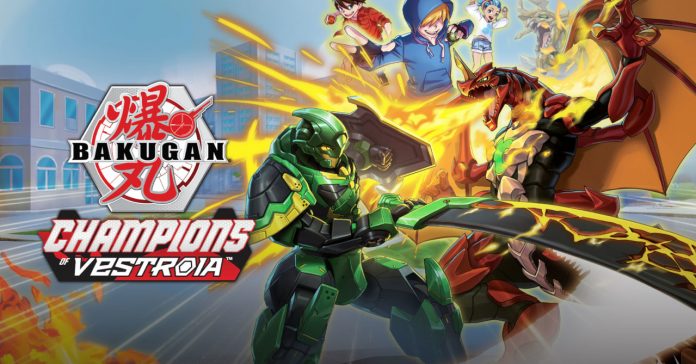 Bakugan is one of the most popular anime/toy lines from the 2000s; and back in 2019, the ‘Battle Planet’ reboot of the series started airing. To go along with the new series, Spin Master teamed up with Wayforward for the newest video game entry in the series–Bakugan: Champions of Vestroia.

Bakugan: Champions of Vestroia is available now on the Nintendo Switch, and it promises brawling action featuring the series’ signature creatures!

Bakugan: Champions of Vestroia is described as:

“The game will take players on a journey where they befriend powerful Bakugan and customise teams for fiercely strategic head-to-head battles. The game features a fully navigable 3D world divided into different districts each with dedicated battle arenas. Players can interact with other characters, go on quests, and explore with their Bakugan friends. The game is accessible for players of all ages and skill levels to enjoy and more advanced players can explore the depth of the game’s unique combat system. They can also test their brawling skills online in head-to-head multiplayer against friends or players from the around the world to become a true Champion of Vestroia.”

The Standard and Deluxe physical edition of Bakugan: Champions of Vestroia is available now in Southeast Asia, including the Philippines, Singapore, Malaysia, Indonesia, and Thailand.