Check out the PS5 launch celebrations all over the world

Sony celebrated the launch of its newest console in style! 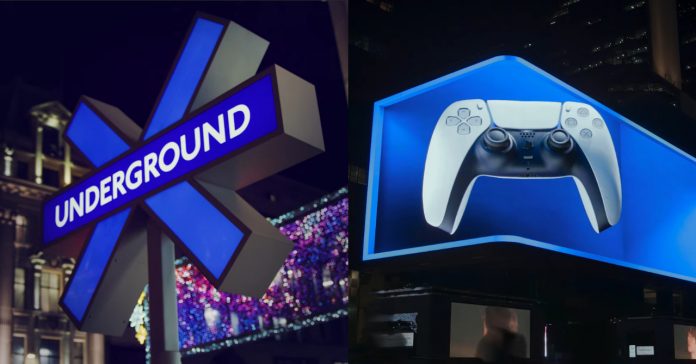 While it’s not out worldwide, Sony has now launched the PlayStation 5 in a lot of countries all across the globe. Starting November 12, the PS5 was launched in the North America, Australia, New Zealand, Japan, Singapore, South Korea. Now, the PS5 has been released in several other countries, including most of Europe and other countries in Asia.

To celebrate the launch of its newest console, Sony pulled out all the stops by putting up big installations and light shows in major cities all around the world.

Here’s a look at the impressive PS5 launches all over the globe:

First up, PlayStation took over the Oxford Circus in the London Underground, changing the Tube signs into the iconic PlayStation buttons.

So we’ve renamed (for real) some London tube stations for the PS5 launch. 👀

From Ratchet & Clankaster Gate to Gran Turismo 7 Sisters, feel free to add your own great/bad puns.

In Sinagpore, a PlayStation-themed light show took place in the iconic Gardens by the Bay.

Another light show took place in Taiwan for the PS5’s launch, specifically in the downtown area Taipei’s Xinyi district.

For the console’s launch, eye-catching PS5 ads can be seen in Chong Hing Square in Hong Kong’s Mong Kok district.

Sony definitely grabbed attention to celebrate its launch in the Middle East as the Burj Khalifa (the world’s tallest building) was lit up with PlayStation’s iconic buttons.

Another cool celebration is in Italy as PlayStation lit up Piazza San Marco in
Venice to mark the PS5’s launch in the country.

For the German-speaking countries of Germany, Austria, and Switzerland, Sony showed off some eye-catching launch lights in what seems to be some part of the Alps.

For the launch in Denmark, Sony put up an awesome living room installation in TheKrane hotel in Copenhagen

To mark the console’s release in France, Sony put up an eye-catching ad in the Cafe de la Paix at Place de l’Opéra in Paris.

Unlike in other countries, PlayStation Spain did something a bit different for the PS5 launch as they tapped the renowned football club, Real Madrid! Sorry Barça fans.

Here’s another building takeover, this time in Östermalm in central Stockholm to mark the launch of the PS5 in Sweden.

Sony also had another eye-catching light show in a building in Warsaw’s Śródmieście borough for the PS5’s Polish release.

In what is easily one of the biggest installations we’ve seen from Sony, PlayStation branding took over the Holmenkollen National Ski Arena in Oslo for the PS5’s launch in Norway.

Another unique celebration by Sony is in Japan as PlayStation took over the Kanda Myojin, a Shinto shrine in Akihabara!

In the US, Sony celebrated in both its headquarters in San Mateo, California, and in New York City.

For the PS5’s New Zealand launch, PlayStation had a big light show at the Sky Tower in Auckland.

Up in Canada, the big PS5 light show happened in Toronto, specifically at the Princes’ Gates monument.

In South Korea, the console’s launch was marked by a massive ad at the SM Town Coex Artium in Gangnam, Seoul.

Finally, we have the PS5 launch celebration which featured a takeover of the iconic Torre Latinoamericana in Mexico City.

The PS5 is out now in a lot of countries, though the console will release in the Philippines on December 11, 2020.

- Advertisement -
Previous article
Cyberpunk 2077 gets an action-packed official gameplay trailer
Next article
PS5 Digital Edition confirmed to release in the Philippines for PHP 23,990