KonoSuba: Fantastic Days mobile game is getting a worldwide release 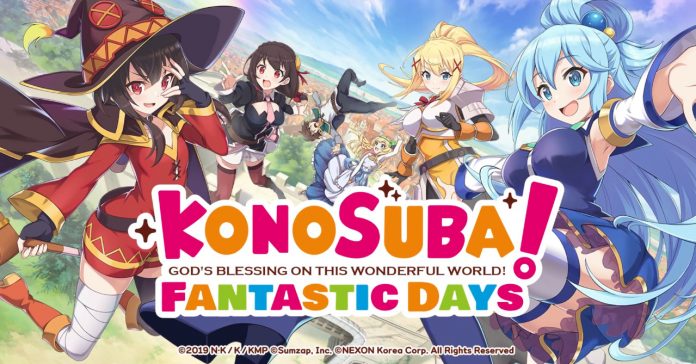 KonoSuba is no doubt one of the most popular isekai anime right now, so it’s no surprise that the series has already received a feature-length film, as well as video game adaptations. The latest KonoSuba game is KonoSuba: Fantastic Days, a mobile RPG that released in Japan, China, Hong Kong, Macau, and Taiwan earlier this year.

Check out the worldwide announce trailer for the game here:

In case you’re unfamiliar with the series itself, KonoSuba is an isekai light novel series that received an anime adaptation that’s currently two seasons-long. The series follows Kazuma Sato, a boy that’s sent to a fantasy world after his death. While it may seem like your typical isekai anime at first, KonoSuba is far from serious as it’s Kazuma is joined by a dysfunctional party consisting of a useless Goddess, an explosion-happy wizard, and a masochistic crusader.