Watch Loonie and Sinio drop bars and dueled on the virtual court! 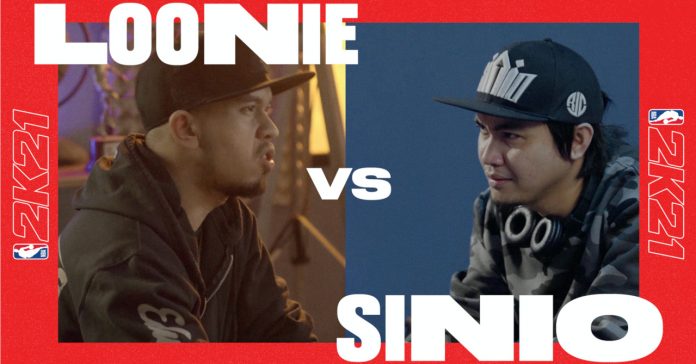 NBA 2K is an incredibly popular video game series here in the Philippines, which is no surprise as the country has a massive NBA fanbase. Given the series’ popularity, 2K has released its first-ever fully Tagalog video, and it features two FlipTop legends, Loonie and Sinio.

The new video from 2K features Loonie and Sinio who face off in the virtual court, and spit bars in the process. If you love NBA 2K and are an avid follower of FlipTop, this video is definitely worth a watch!

In their best-of-three match, Loonie and Sinio faced off in a 3-on-3 showdown, with Loonie taking control of NBA superstars LeBron James, Stephen Curry, and Giannis Antetokounmpo. Meanwhile, Sinio took to the court with NBA legends Michael Jordan, Magic Johnson, and Larry Bird. The two also traded bars that paid homage to the NBA’s legends and superstars.

NBA 2K21 is now available on PlayStation 4, Xbox One, Nintendo Switch, and Windows PC, with the game’s Standard Edition being available for up to 50% off for a limited time only. The game will also be playable starting December 11, 2020 on the PlayStation 5 when the console launches in the Philippines.