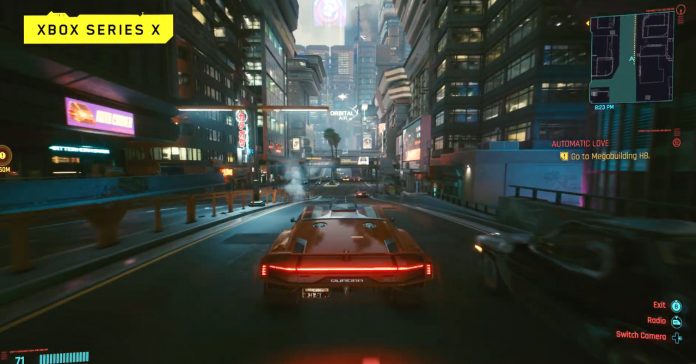 We’ve already seen a lot of Cyberpunk 2077 gameplay footage, though most of them are captured from the game’s PC version. Now , CD Projekt RED has released a special Night City Wire episode which features 10 minutes of new Cyberpunk 2077 footage running on Xbox One X and Xbox Series X. While the footage is cut and edited, it still gives us a nice look at a certain quest in the game, as well as combat an exploration.

Even with YouTube’s 1080p video compression, the difference between the One X and Series X gameplay is apparent. Cyberpunk 2077 on the Series X looks noticeably better, not to mention that it seems to have a more stable framerate. Even though Cyberpunk 2077 already looks good on the Series X, the gameplay footage shown doesn’t even seem to be the next-gen version of the game.

On Xbox, the Series X is definitely the best console to play Cyberpunk 2077 on. For players on the base Xbox One or One X though, the game should still be playable, though there might be some slight dips in framerate given the console’s age.

Cyberpunk 2077 will release on Xbox One, Xbox Series X|S, PlayStation 4, PlayStation 5, and PC on December 10, 2020. Owners of the game on consoles will get a free upgrade to a next-gen version of the game which releases sometime in 2021.