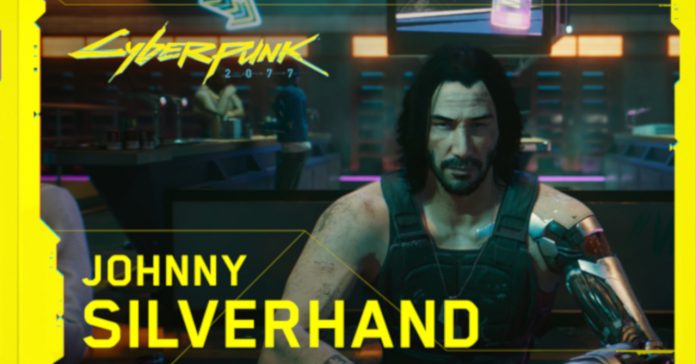 At the latest Night City Wire episode, CD Projekt RED shared a lot of new info on Cyberpunk 2077, the highlight being a new Johnny Silverhand trailer as well as a behind the scenes feature with Keanu Reeves! Aside from these, the episode also had a featurette on the game’s music, along with a 5-minute long official gameplay trailer.

In case you missed it, here’s a quick recap of Night City Wire episode 5:

One character that a lot of gamers are definitely excited to see is Johnny Silverhand, the punk-rocker who inhabits the mind of protagonist, V. In the game, Silverhand has been presumed dead for decades, though player sees his “digital ghost” pop up at certain points. While these info have been revealed before, the new trailer sheds a bit more light into this mysterious ‘rockerboy.’

Aside from being an interesting character in his own right, what makes Silverhand already a fan-favorite is that he is played by Keanu Reeves, the beloved action star of the Matrix and John Wick fame. The latest Night City wire episode gave us a behind the scenes look at Keanu Reeves in the studio for Cyberpunk 2077.

Another interesting behind the scenes look is of JALI, CD Projekt RED’s innovative tech that powers facial expressions and lip sync for characters in the game.

During the episode, we were also given a look at how the game’s score was produced by Marcin Przybyłowicz, P.T. Adamczyk, and Paul Leonard-Morgan. To go along with this, the Original Score EP, featuring 6 tracks for a total of 22 minutes listening time, has also been released. The EP is available now on several streaming sites.

Cyberpunk 2077 will release on December 10, 2020, for PC, Xbox One, PlayStation 4, and
Stadia. The game will also be playable on Xbox Series X|S and PlayStation 5. In 2021, a free upgrade to Cyberpunk 2077, taking full advantage of next-gen hardware,
will become available for free for owners of the Xbox One and PlayStation 4 versions respectively.