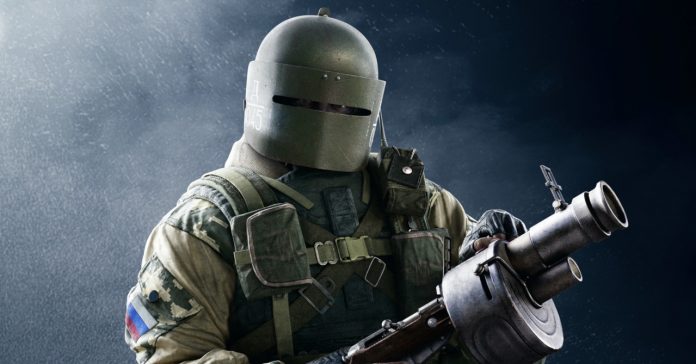 Following its test phase on PC, Ubisoft has now released the Tachanka Rework on Rainbow Six Siege on all platforms. The major overhaul to Tachanka’s kit in the game includes a loadout change and a new gadget. These changes promise to improve Tachanka’s viability in competitive play.

For the longest time, Tachanka was not picked much in the game’s competitive mode. This is because of his weapon–the RP-46 Degtyaryov Machine Gun. While powerful, using the machine gun meant that Tachanka had to stand still, which meant he was pretty much at the mercy of opposing Attackers.

Now, the Russian defender is equipped with a DP27 LMG as a primary weapon, which gives him more mobility along with a massive destruction ability to walls. Tachanka also now has a Shumikha launcher which fires incendiary grenades to deny entry or zones while damaging enemies in its area. While Tachanka had the withstand ability in the test server, it is not present anymore in the live version of the game.

To go along with the Tachanka rework, the defender has received a new Elite skin called “Slava Korolyu” (“Glory to The King” in Russian), and it features a shirtless Tachanka that’s ready to set his enemies ablaze.

For more info on the update and the game, visit rainbow6.ubisoft.com.

- Advertisement -
Previous articleDemon Slayer The Movie gets another PH fan screening on December 12
Next articleShare 20GB of Data with up to 4 people in Globe’s first shareable data wallet promo, Share & Surf 249