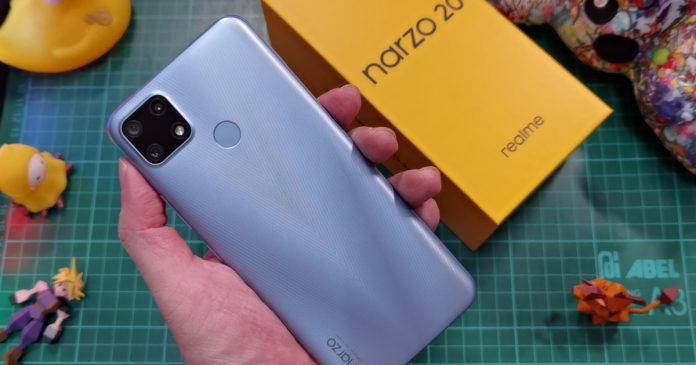 realme just won’t slow down! Already bagging the number 2 smartphone brand slot in the country a couple of weeks back, and launching their latest numbered line, the realme 7, it seems that this challenger brand is gunning for the top spot.

The releases of this might help with that goal as this is looking every bit the winner it ought to be thanks to carefully chosen specs and features and a price-point that’s hard to beat.

This, ladies and gents, is our take on realms latest offering to what seems like a new line, the realme narzo 20. 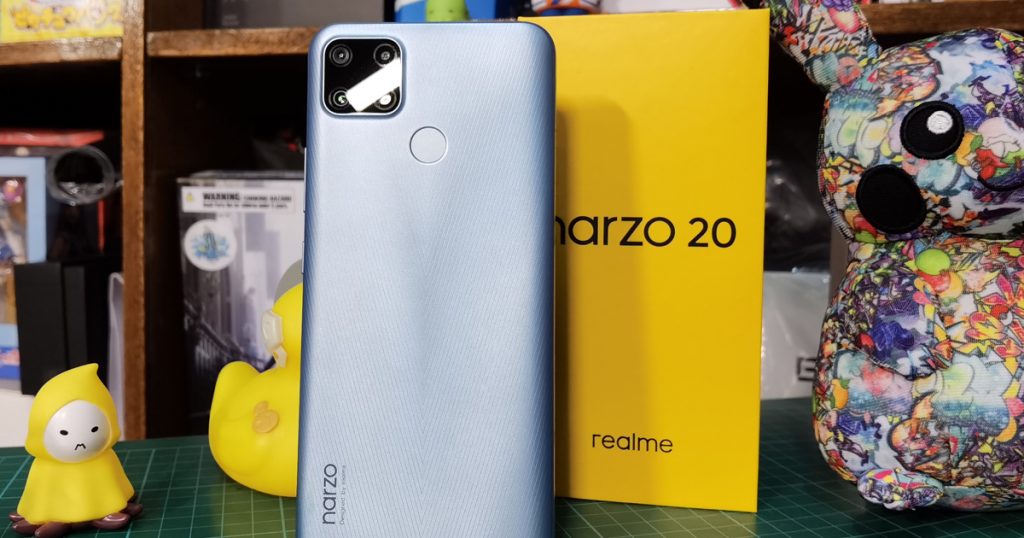 Now, granted we have no idea about the naming convention, the narzo 20 doesn’t seem to belong to any pre-existing lineup from realme. So, if that’s the case then it’s certainly carving out a whole new sub-segment inside an already seemingly packed product structure. To review, there’s the super entry-level C series, then the main numbered series which typically encompasses the entire gamut of midrange devices to an upper mid-range to low-flagship X-line. With this in place, where does narzo come in?

Let’s get the price out of the way so you know what we’re talking about. The realme narzo 20 retails for a measly Php 7,990 and that’s outside of the usual realme discounts that come with pre-orders and other promos.

Impressed yet? Here’s our deep dive into the whole thing.

Right off the bat, the design harks back to the fun whimsical aesthetic of the realme 6 series. Gone are the straight-edged natural mirror inspiration from the realme 7, this one screams personality. It’s youthful, vibrant and has these almost action-line chevron arrows running down the center. According to realme, the inspiration is the “V for Victory” pose, a pose that’s known to most gamers and establishes the intended market for the narzo 20: young gamers. Even the color name screams gamer. We were given the Blue Blade color of the narzo 20 to try but if you want something more subdued, you could opt for the Silver Sword color variant. 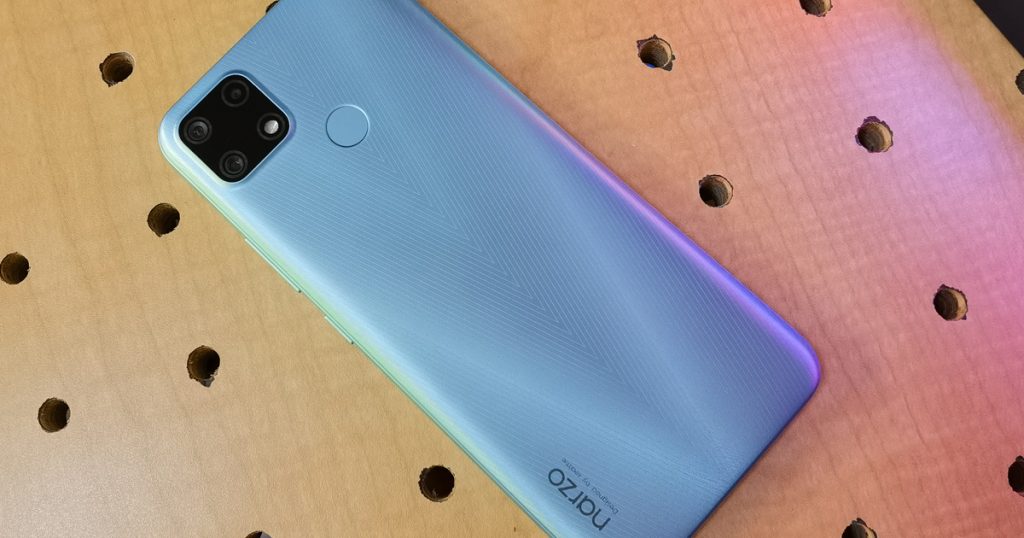 Flippin the phone over, you’re greeted with a large 6.5-inch display with a mini drop notch. While a part of the bezel still peeks in, it’s still a large enough screen for you to enjoy gaming and other media with. 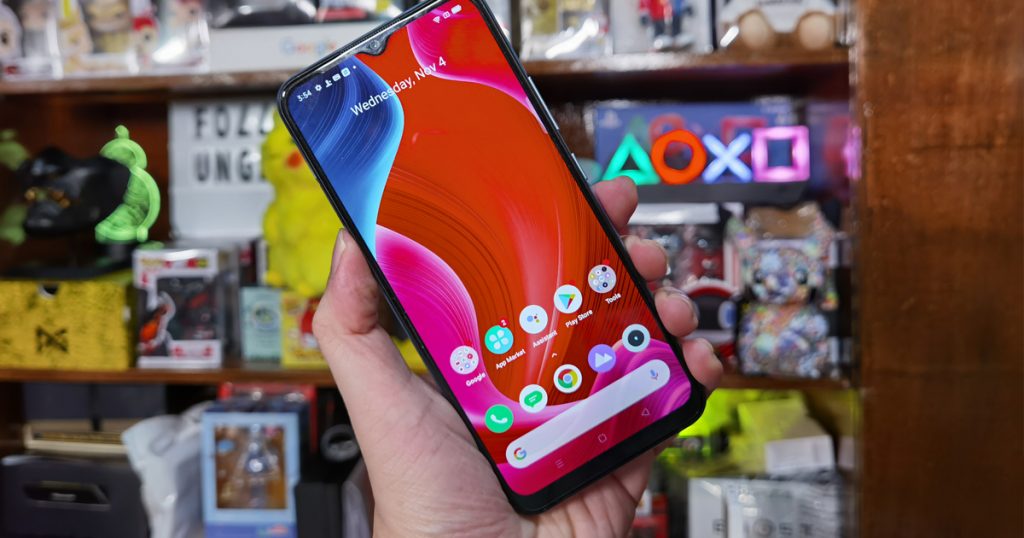 While not having the fastest refresh rate, nor getting FHD marks, this 6.5-inch HD+ screen has adequate display size for you to enjoy watching your favorite shows on Netflix or abusing the replay button on the latest Twice video. 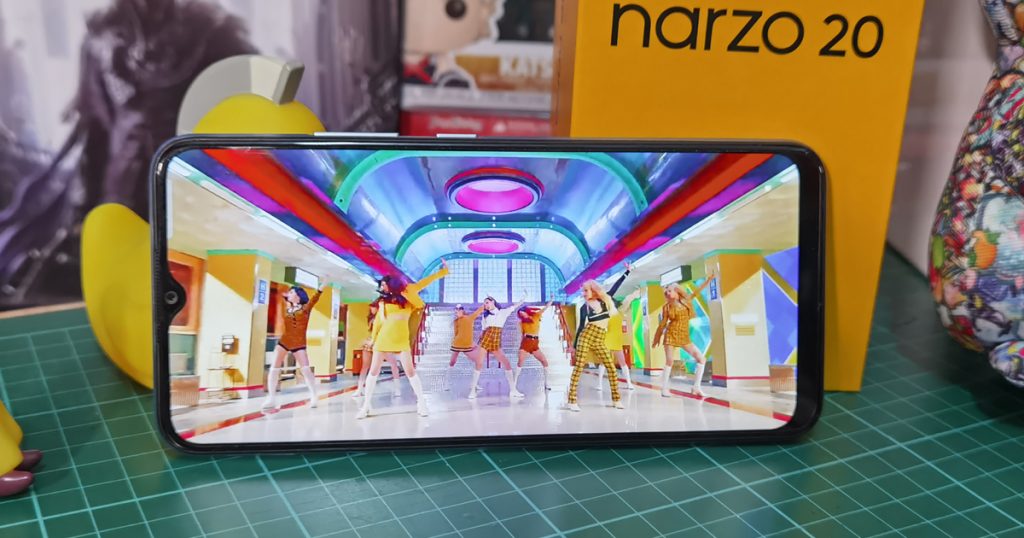 The 720p display may lack the clarity that we’re used to especially if you’re coming from something with higher resolution or screen refresh rate. Audio output is quite decent although I would have preferred dual speaker grills for this for a truly immersive experience. Still, for the price, the device delivers. 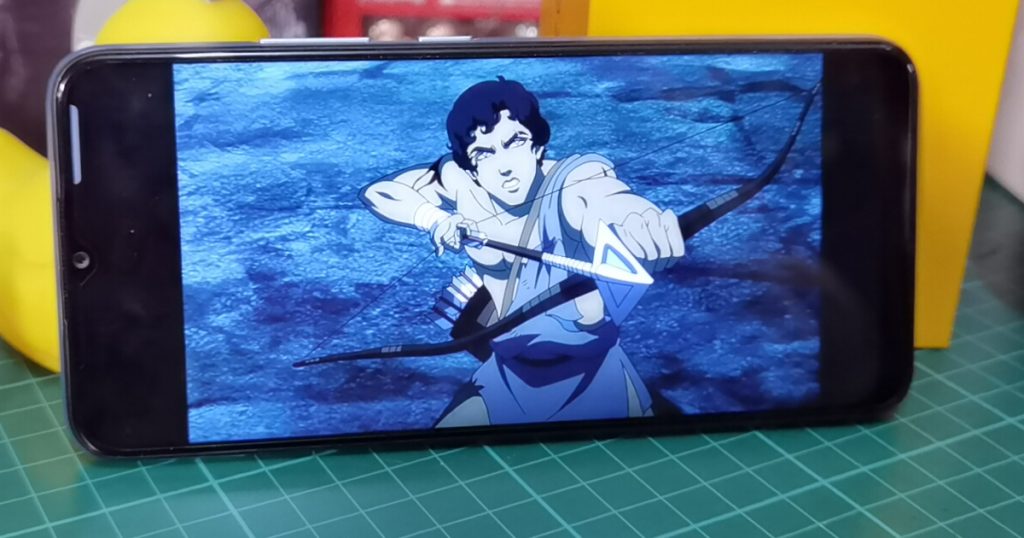 This is where the unit truly shines. Sporting a MediaTek Helio G85 processor and being pumped up by 4GB of RAM, the realme narzo 20 is huge step-up among other entry-level devices when it comes to playing your favorite mobile games. We tested a couple of games on the narzo 20 and for the most part they ran with relative ease – albeit some tweaking on the graphics. 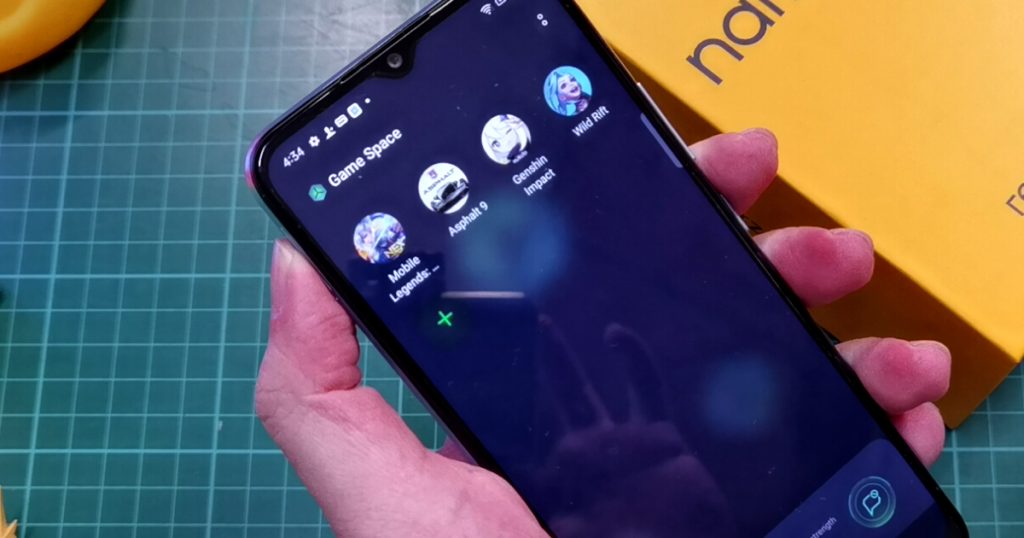 However, for an entry-level device, we’re glad to see that we don’t have to bring everything down at low settings just to be able to enjoy a couple of hours of game time. Yes, hours. 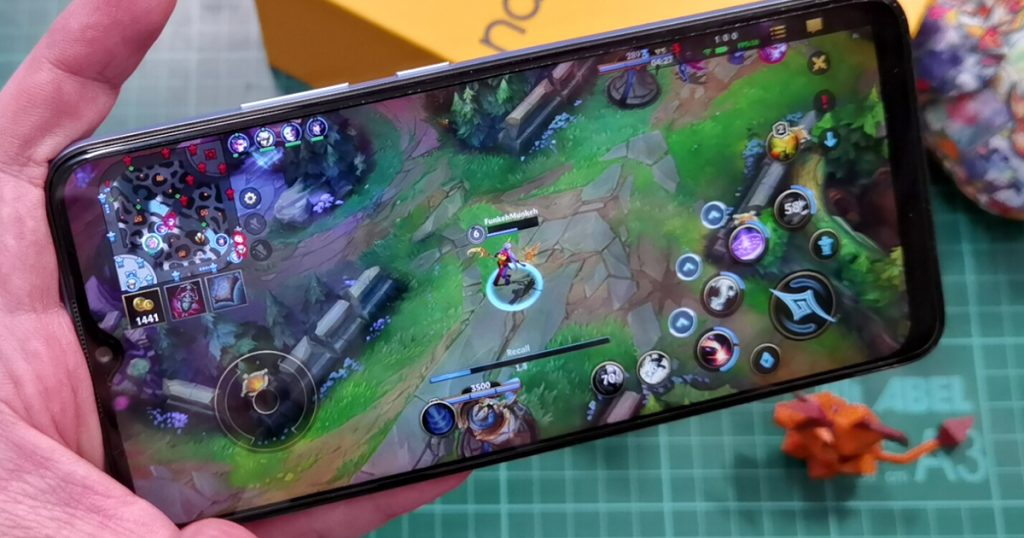 For MOBA, both Mobile Legends and recent Open-Beta League of Legends: Wild Rift sets the game at a default setting of “high” instead of the usual mid or low that we’ve grown accustomed to in various entry-level offerings. It’s great to see quality models and shadow effect while still keeping gameplay surprisingly smooth. No visible hiccups or framerate drops here, at least for these two games. 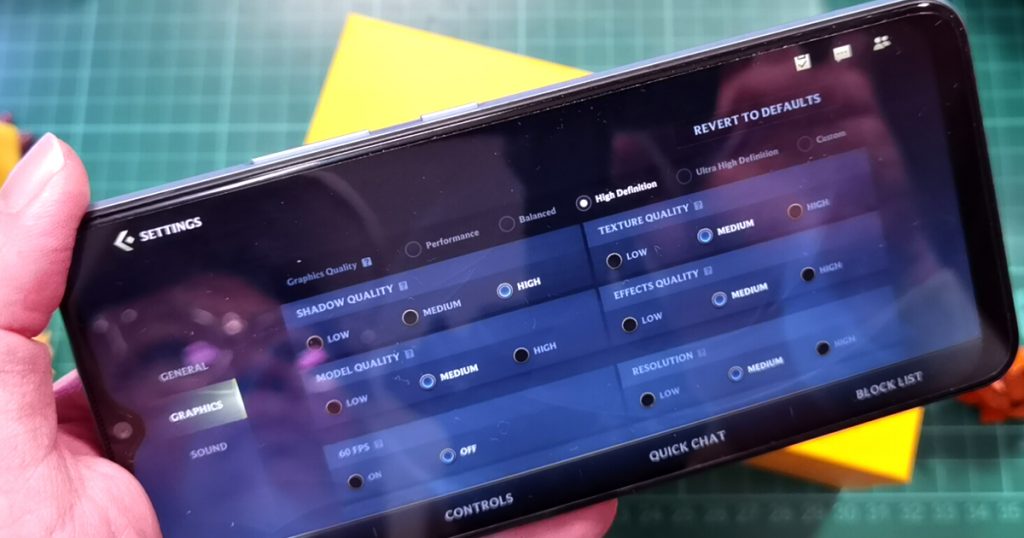 The animation spike does occur but only-ever slightly in Asphalt 9. You could tune the graphic settings to performance mode so you can get the most out of your gameplay but to be honest even at default, the game is still quite enjoyable. 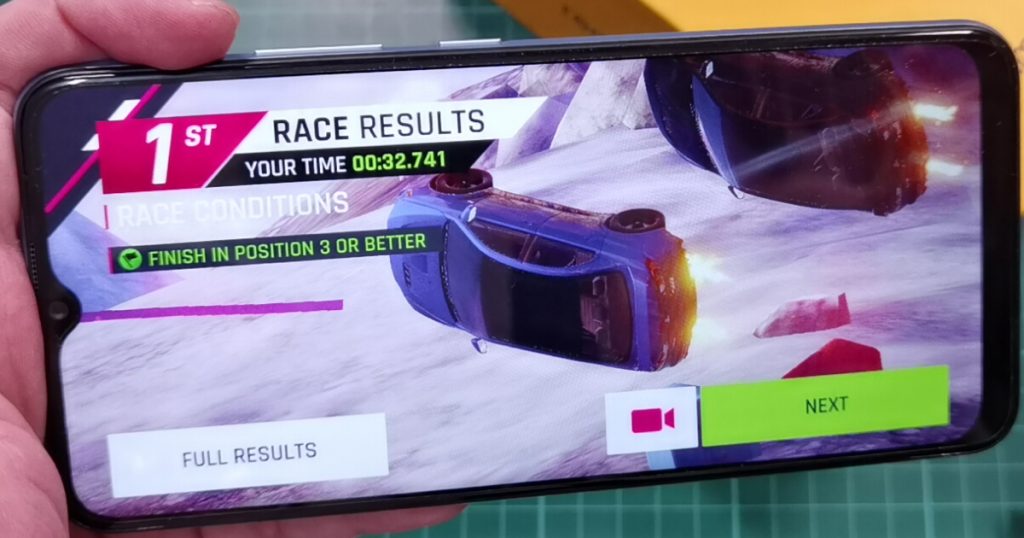 Now to truly test the unit out, we tried see if the realme narzo 20 can run the Triple-A RPG game that’s converting everyone into Hololive fanatics, Genshin Impact (aka Breath of the Waifu). We’re glad to report that you can pretty much play Genshin with this phone. You will have to crank everything at low, though, and even then, you will experience some frame drops here and there. However, it’s not enough to render playing the game impossible. You’ll still get an enjoyable experience; you’ll just have to temper expectations. 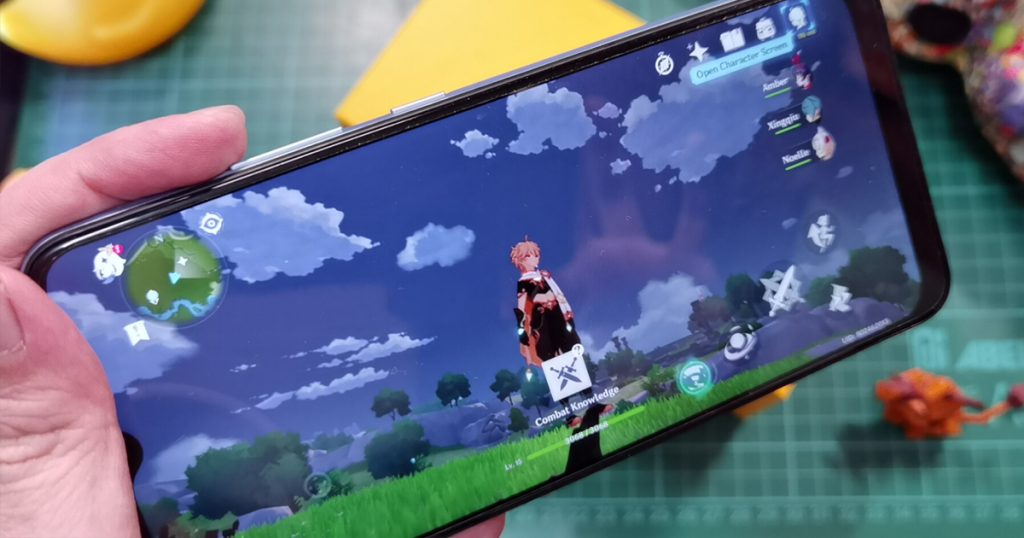 Still, for a phone that’s less than 8k, this is mighty impressive.

While gaming is at the core of the narzo 20, the phone still comes with a pretty decent shooter set. It’s no quad-rear cam, though but it should still suit your daily needs. The realme narzo 20’s rear camera module comes packed with a 48MP main shooter, an 8MP ultrawide shooter and a 2MP macro lens. While, we’d they included a 2MP bokeh camera instead, the macro lens does give you variety should you find the need to use it. 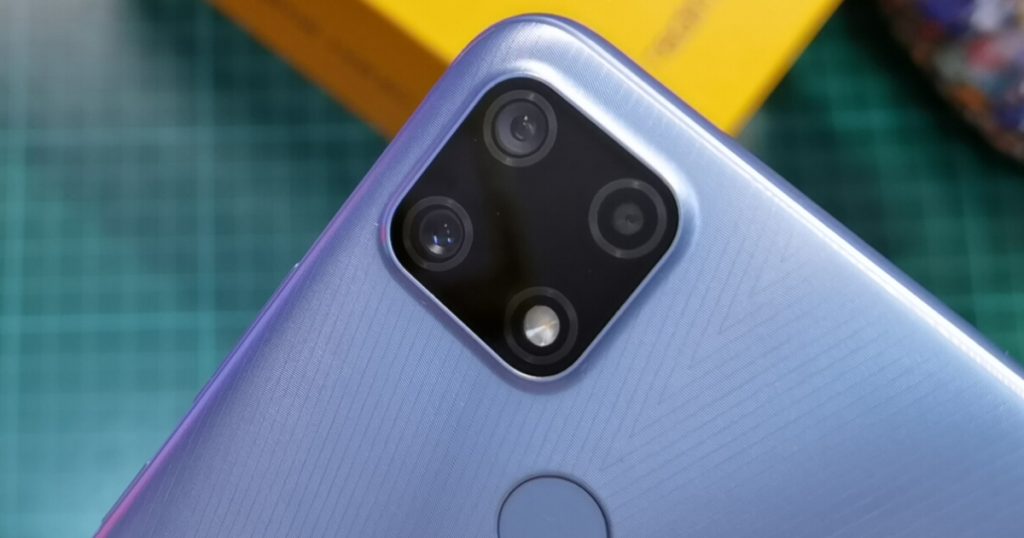 With ample lighting, you could produce amazing works with the narzo 20. Here are a couple of sample photos we took:

The only problem that we encountered is its night mode. While the phone does have a dedicated night mode button, Ai rendering seems a bit spotty still – and can give you much noise if your hands or subject move even for a bit. If you have enough light, you should be fine but aside from that, prepare yourself for photos with a bit of camera grain. Hopefully they can fix this in future patches considering the lenses and sensors we’re working with.

For those who love to take selfies, the unit has an 8MP front-facing camera. It’s decent with good light and the Ai beautification still renders subject with more natural tones and details. I like how you’re not too overblown and glossed up.

One of the key selling points of this phone, aside from the very competitive pricing, is it’s superbly large 6000 mAh battery! This should be more than enough to get you through the day with moderate to heavy usage. According to realme the 6000mAh battery is equivalent to 45 days on standby mode, or a 117 hours of music, or 25 hours of YouTube. The phone is equipped with an 18W fast charger out of the box which should help you charge this monster of a battery when you finally drain it after maybe a day and a half of use. 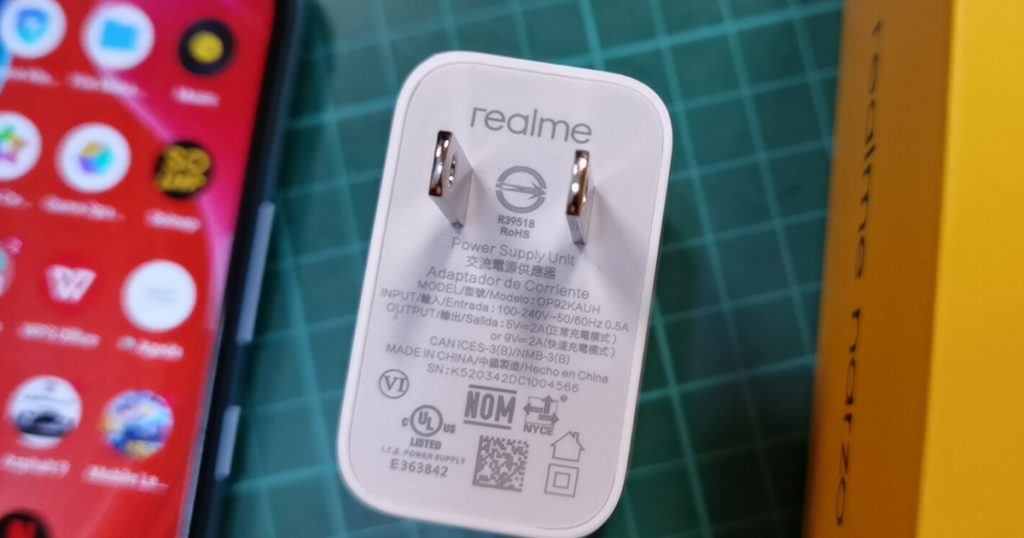 Because of the price-point of Php 7,990, the realme narzo 20 is an excellent offering as they establish this new product line of realme. If the focus is going to be for gaming, then they could start developing the narzo line to truly encompass all aspects of mobile gaming, including maybe even up to eSports level. It’s no surprise that realme has its eye on mobile gamers as the brand is all about courting the youth market – and successfully doing so. Heavily supporting local esports endeavors like MPL and other tournaments, it’s only a matter of time before realme launches their hardcore gaming phone and who knows, maybe the narzo 20 is that first step that they need to take in order for that to be a reality. 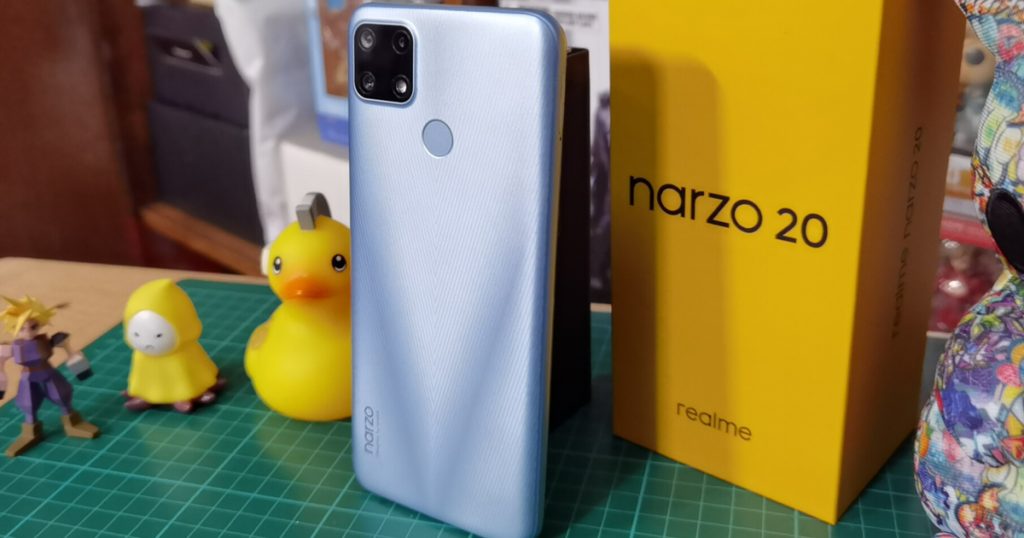 If you want to get more out of your narzo 20, stay glued to your keyboards and hit that checkout button at Lazada on 11.11 when the phone officially starts selling. realme is slashing off Php 500 pesos as an introductory price and you can get an additional 400 pesos off if you purchase the unit with your Lazada Wallet and get the 400 peso discount voucher. Effectively you can get the realme narzo 20 for just Php 7090. Now that’s great value!

- Advertisement -
Previous article
Bakugan: Champions of Vestroia is available now on the Nintendo Switch
Next article
The PS5 will be only be available online at launch day