Run the Jewels releases ‘No Save Point’ Cyberpunk 2077 music video

The song will also be in the game! 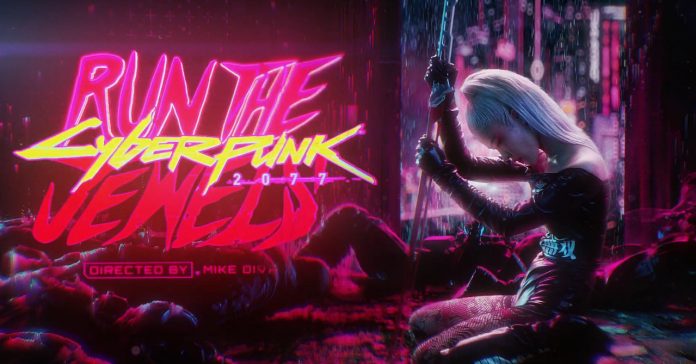 To create the music for the game, CD Projekt RED not only got Witcher soundtrack composer Marcin Przybyłowicz, the studio also tapped several renowned artists, including the likes of Run the Jewels, Grimes, and A$AP Rocky. In fact, CD Projekt RED released a music video for Grimes’ song for the game — 4ÆM last year.

Now, just a few weeks before the game’s release, CD Projekt RED and Run the Jewels have released the music video for the song ‘No Save Point.’ Check it out here:

The music video stars Killer Mike and El-P–the hip-hop duo that makes up Run the Jewels. The video also features various elements and imagery taken straight out of the world of Cyberpunk 2077. No Save Point will be featured in the game itself, as well as on the game’s official soundtrack.

Cyberpunk 2077 will release on December 10, 2020, for PC, Xbox One, PlayStation 4, and Stadia. The game will also be playable on Xbox Series X|S and PlayStation 5. At a later date, PS4 and Xbox One players will receive a free upgrade to Cyberpunk 2077’s updates PS5 and Xbox Series X|S versions respectively. These updated versions of the game will take full advantage of next-gen console hardware.