The classic PlayStation RPG is finally getting a remaster! 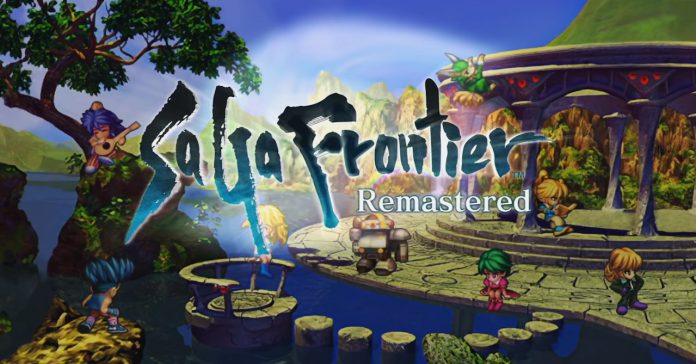 Following the remakes of Final Fantasy VII and Trials of Mana this year, Square Enix is giving another classic RPG some love with the announcement of SaGa Frontier Remastered. Releasing in Summer 2021, the remaster retains the gameplay of the classic PlayStation graphics but with updated graphics.

“The team of eight have returned – now with Fuse added as a playable character!

Choose your favorite character and embark on your own unique journey.

Each of the eight characters have different goals and endings. Your choices will affect how events unfold using the Free-Form Scenario System. This in-depth system will allow you to manipulate and expand a story all your own.

With beautiful graphics, as well as the addition of new events and features, SaGa Frontier Remastered is an experience not to be missed!”

In case you’re unfamiliar with the game, SaGa Frontier was released back in 1998 for the PlayStation, and it’s a JRPG that’s set in a science fantasy setting. The game’s highlight is the “Free Scenario System” which lets players to play as any of the game’s seven protagonists, freely travel between regions, and allows for a lot of non-linear gameplay.

SaGa Frontier Remastered releases in Summer 2021 on PS4, Switch, PC, iOS, and Android. The game will feature English and Japanese text only.

- Advertisement -
Previous article
Huawei announces big holiday deals with its ‘Together 2021’ Christmas promo
Next article
Man forced to sell PS5 after wife finds out it was a game console, not an air purifier