Capture your favorite moments in Night City with the game's fully-featured Photo mode! 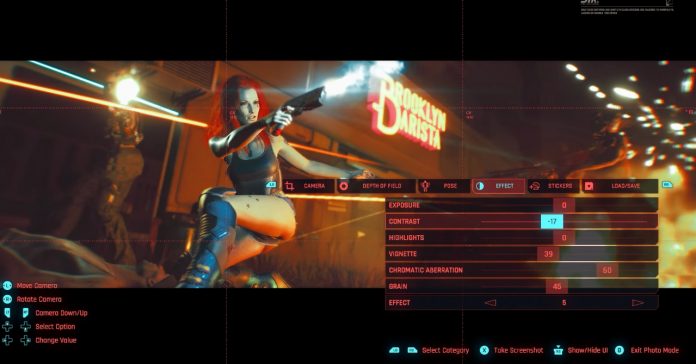 With the game’s release just a week away, CD Projekt RED released a new trailer for Cyberpunk 2077, and it showed off the game’s Photo Mode.

As with most of today’s triple-A titles, Cyberpunk 2077 will come with a Photo Mode that will let player capture their best and most memorable gameplay moments. For a first look at the Photo Mode, check out the trailer here:

While the Photo Mode can let players edit the camera placement and add depth of field effects, it also has way more features than that. For one, the Photo Mode in Cyberpunk 2077 has a ton of pose options, meaning players can create more dynamic (or wacky) photos. The mode also features a wealth of filters, stickers, and other effects which should make for more creative shots.

Given the Photo Mode’s range of functions, we expect to see a ton of Cyberpunk 2077 screenshots online after the game releases!