All the next-gen goodness. 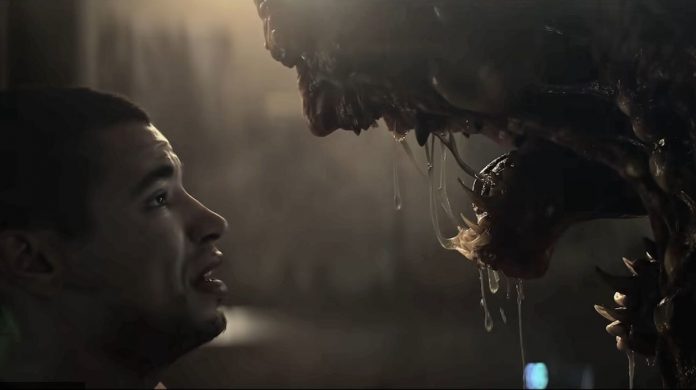 It’s been almost a week since The Game Awards 2020 concluded and with it came some very explosive reveals. For the busy people out there who missed all the biggest announcements, here’s a brief round-up of the trailers that happened during that night.

The first exclusive trailer that The Game Awards 2020 presented came out strong as Nintendo announced the newest character for the Super Smash Bros. Ultimate and it is none other than the One-Winged Angel himself, Sephiroth from Final Fantasy VII fame!

A new trailer for the NieR Replicant Remaster was released, and it showed off new, action-packed gameplay. Fans of NieR Automata will definitely be delighted with how the game looks!

I’m sure a lot of fans are eagerly anticipating The Calisto Protocol, from the makers of the popular survival horror Dead Space.

Perfect Dark, from developer The Initiative is back! And from the looks of it the game is shaping up to be a really good first-person shooter.

For fans of Dragon Age, the cinematic trailer for their next title might not seem much but hey, I’ll take it!

This is something that I really did not expect, well maybe its because of all the Dragon Age buzz we’ve been getting but hey, its here and I can’t wait for the next installment of Mass Effect!

Ark II features Vin Diesel as a Dinosaur Hunter of sorts and hey, just take my money on this one! At least we’ll not see him in a car this time.

Back 4 Blood, the spiritual successor to Left 4 Dead has a lot going on. For the fans who miss dishing out bullets to a horde of undead, check out the short gameplay demo.

Ruined King: A League of Legends Story is probably the game I’m most excited about. Riot Games really is on a roll in touching every genre they can get! Check out the gameplay trailer above.

The Evil Dead franchise is still going strong with no signs of stopping.

Open Roads  Stars Keri Russell and Kaitlyn Dever and is made by the same developers who brought you Gone Home.

You won’t have to wait much for this indie title. Super Meat Boy Forever will roll out on the Epic Games store on December 23.

How about you guys? What was your favorite trailer or moment from the Game Awards 2020? Here’s to everything getting better in 2021 with the barrage of next-gen games rolling out.

- Advertisement -
Previous articleHow does Cyberpunk 2077 run on the PS5?
Next articleAmong Us is now available on Nintendo Switch