If only combat were more enjoyable. 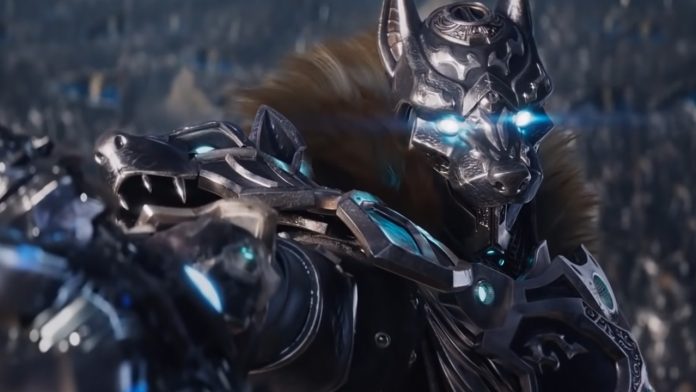 When booting Godfall for the 1st time you are thrown straight into a cutscene which gives the whole premise for the game. You play as Orin, who has been at war with his brother, Macros, for a thousand years. Orin is defeated and left for dead, You must then restore and gather strength to once again confront Macros and stop him from ascend to Godhood. The story is very mediocre, as it is your typical revenge story. A lot of the campaign is basically just talking to two NPCs then do a mission then repeat. You must traverse 3 different realms which is where you will be completing missions that will unlock the next story segment. However, the missions are repetitive and lack variety, as it has you go to the marked location and defeat all enemies or bosses found at said location. 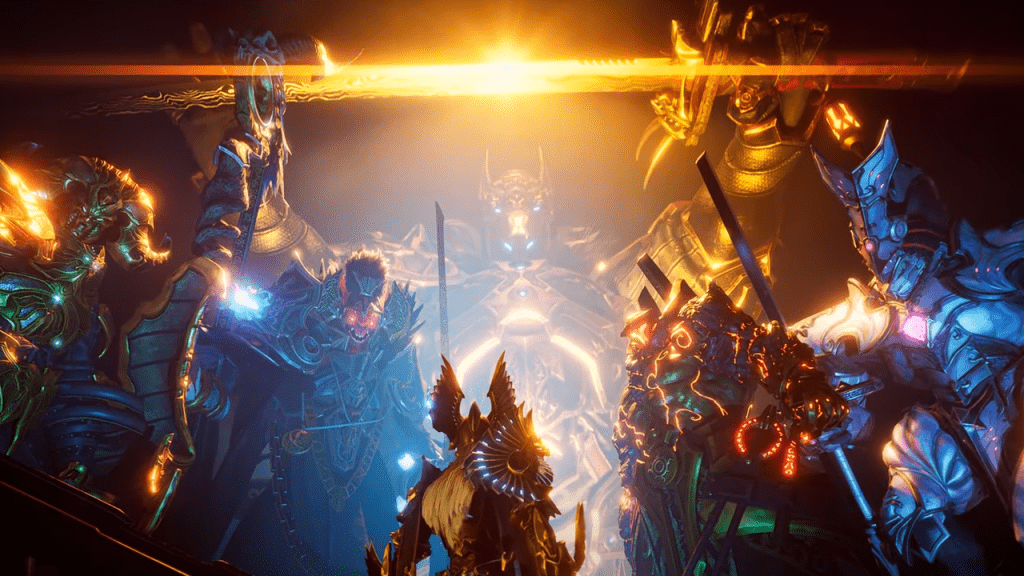 Combat felt like they tried to use Monster Hunter combat in a God of War game, but it feels clunky in many aspects. With the way enemies are programmed and the way they telegraph their attacks, you need to be able to respond immediately. However, when you perform any action in the game, you have to wait for the animation to play out. Many of the enemy attacks are almost instant and the window to react is very small. This can make combat feel like it has input lag but it just lacks animation cancelling and button input priority. The camera angle also does not help combat and limits your situation awareness. Especially when enemies attack you from behind and your only cue is a danger arrow which is barely visible at your avatar’s feet. 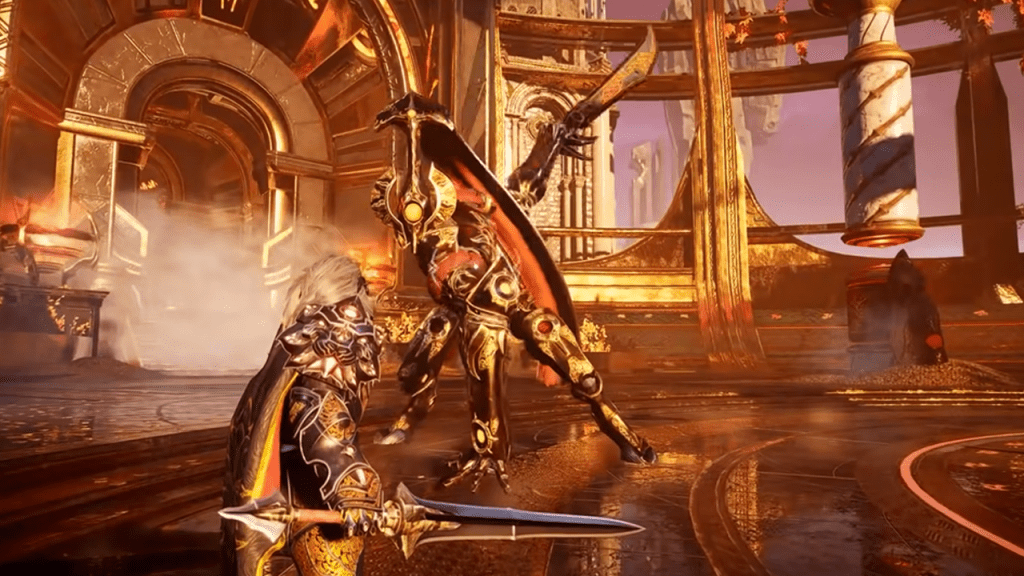 There are numerous battle mechanics that does make combat interesting. You have your light and heavy attacks, a block with your shield and an evade, which you should upgrade almost immediately. Soulshatter is when you damage an enemy enough with light attacks while finishing them off with a heavy attack, causing them to burst apart. There are also weakpoints on enemies that when targeting them cause extra damage. Weapon skills are called Techniques and they perform differently depending on the weapon type. These are all cool, but with the way combat is handled, it feels like it could use more polish.

As this game is coined as a looter slasher, the game is generous in constantly giving you more powerful versions of equipment with better stats. There are 5 weapon types in the game, my favorites are the Longsword and the Warhammer. You can also equip various gear, such as charms, augments, banners, rings and such. It always cool to get a higher stat/rarity weapon but it wears thin quickly since it doesn’t translate into any new moves or attacks. 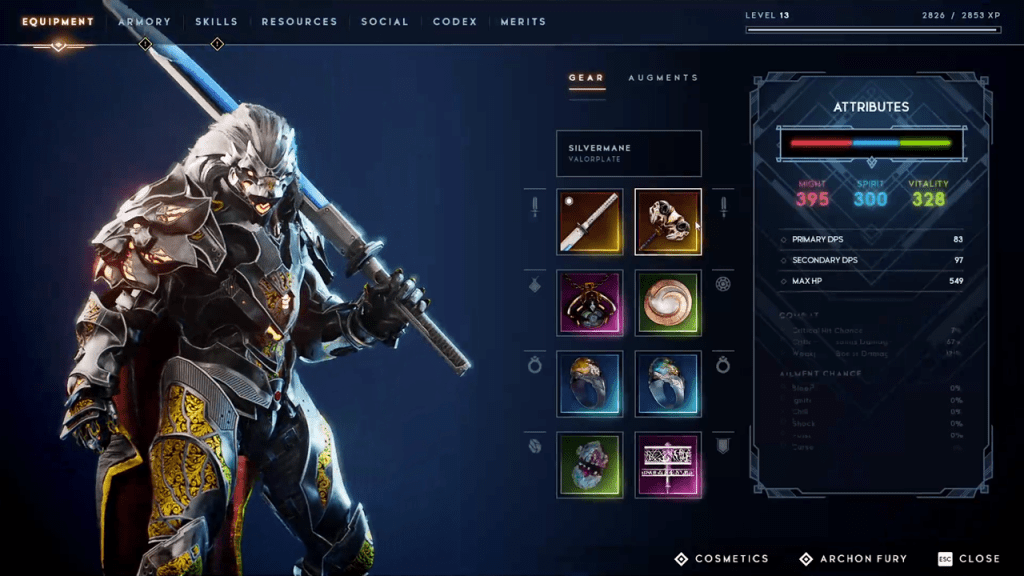 Valorplates looks really cool and I personally like the designs on many of them, like Iron Man but designed in sci-fi mythology sense. These basically your armors that can be unlocked and equipped as you collect more resources in the game and each one focuses on improving a specific battle mechanic or ailment like Burn or Curse. Though, it is regrettable that they do very little in terms of changing the gameplay. The Archon Fury ability does very little to make each valorplate unique aside from stat bonuses. Then you also see two or three valorplates with very similar effects but the only difference being a color or particle effect. So after unlocking a few, I really didn’t care about unlocking more. 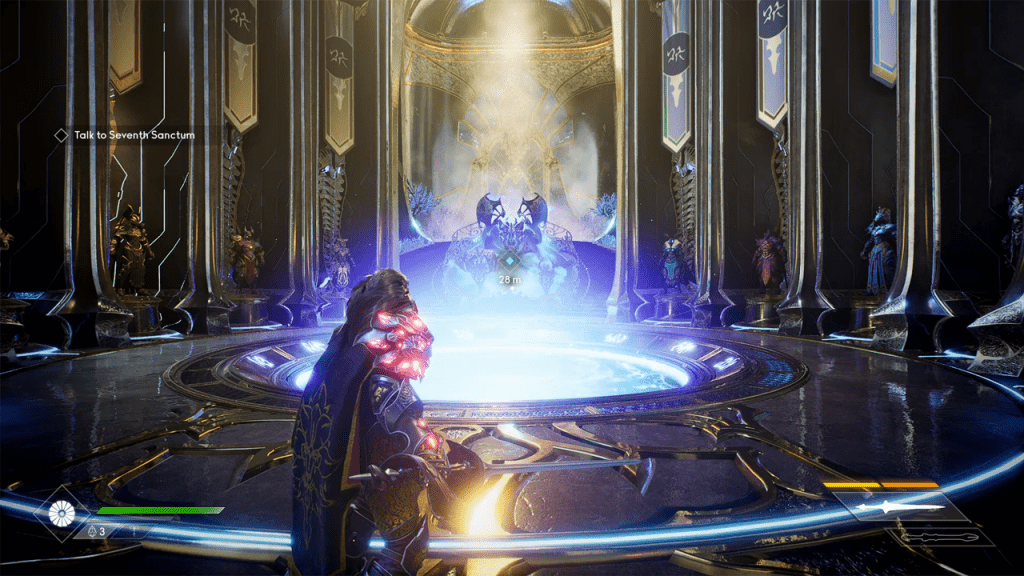 More of the Same

Most of the endgame will revolve around a mode called Dreamstones.  It is just doing the same missions from the campaign but with mutators which makes small changes to a mission.  The mutators can give in interesting flare to mission, but it is, ultimately, just more of the same experience which is go to waypoint and kill target. Even though boss fights might have few new attacks at higher difficulties, it doesn’t fix the repetitive nature of game. Another piece of endgame revolves around the tower challenge in which you kills waves of enemies to progress to the next floor. As you progress through the higher floors, it gets more difficult. But in the endgame, it’s basically the same grind for higher stat loot. 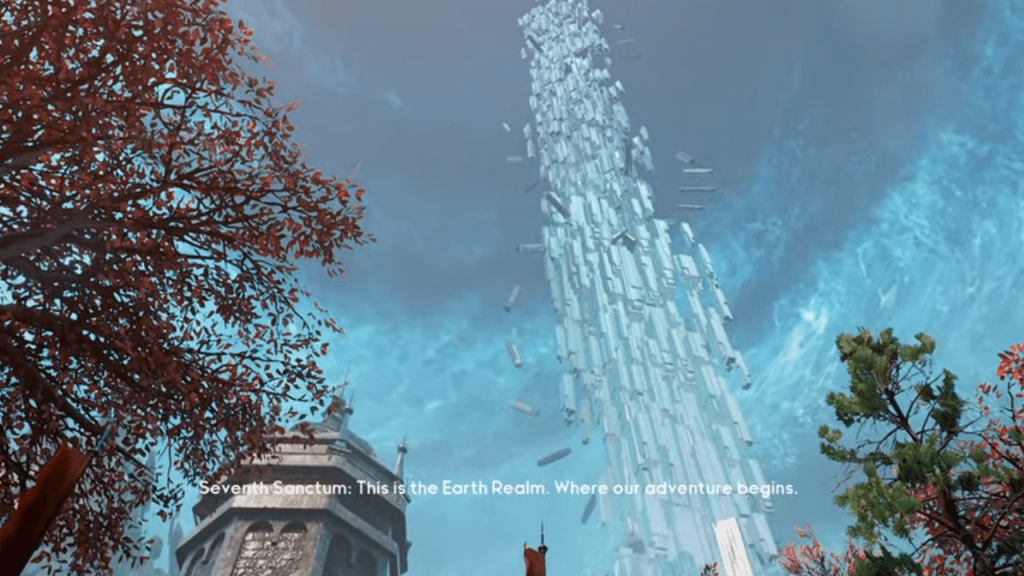 If there is one thing that Godfall does well, it’s with its graphical fidelity. It is the most “Next Gen” looking game, as the environments are very detailed. The three different realms do look unique from each other and represent their theme. The best example would be the water realm. You feel like you are under the sea and surrounded by coral riddled structures that gives the vibe of a dystopian Atlantis. The Earth realm looks more contemporary with nature focused environments. The Air realm is more dry with its sandy landscapes and desert theme.

The Valorplates look really well designed and detailed, more so than most other character models from other games. Silvermane lives up to its name with a metallic look with a lion headpiece. But my favorite Valorplate has got to be Illummina, with its overall Blue color palette and slimmer design. 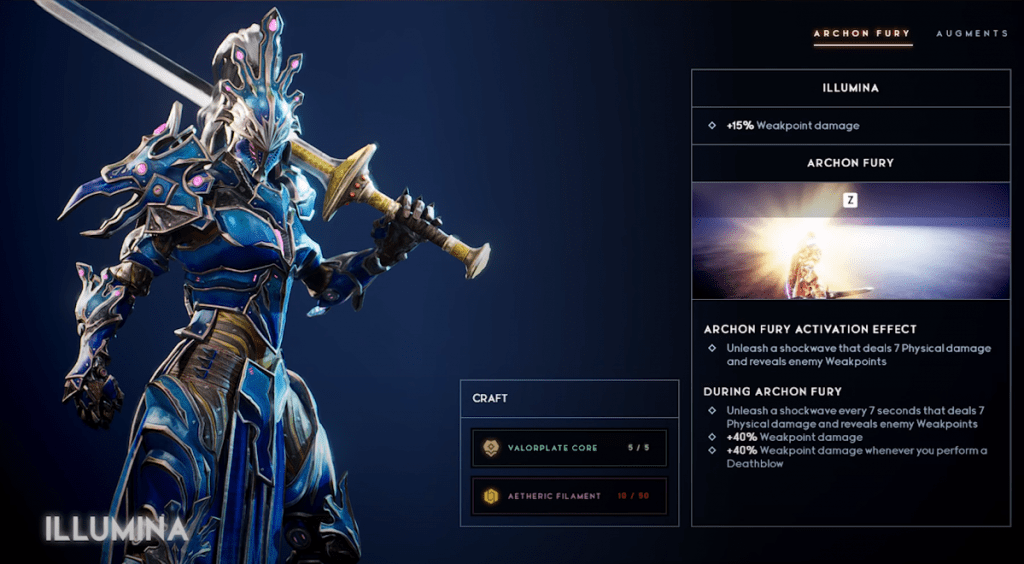 When playing this game, you can’t help compare it to many others like Destiny or Diablo. Godfall tries to bring many gameplay elements inspired from other games but fails to blend them together meaningfully. Game looks really good but combat holds back the experience and the story isn’t enough to drive you further through the campaign.

Previous article
Mortal Kombat 11: Aftermath Review | The Gift That Keeps On Giving
Next article
Five features of the ASUS ZenBook Flip S that creatives will love

There is some fun to be had here and there was definitely some potential. However, with the generic story campaign, clunky combat and lack of content, it is difficult to justify this game given that it has the next gen price tag of $70.Godfall Review | Missed Next-Gen Potential