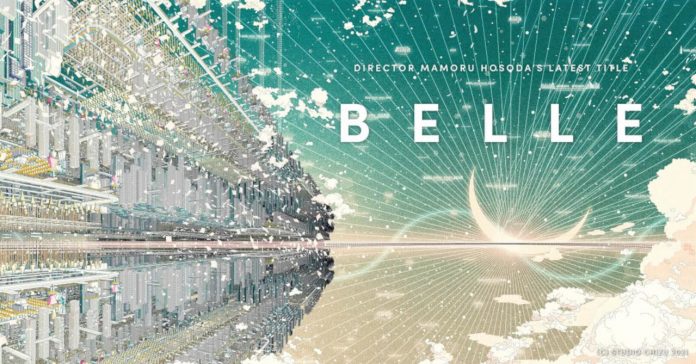 Following his critically acclaimed and Academy Award-nominated film ‘Mirai’, it was recently announced that Mamoru Hosoda is now working on his next anime film. Hosoda’s new movie is titled ‘Belle‘, and it is being produced by his production company Studio Chizu, with distributor Charades handling the film’s worlwide release.

While there’s not much info yet about the film’s story, it was revealed that ‘Belle’ will include sci-fi elements similar to Hosoda’s ‘Summer Wars’. Specifically, the film will follow the life of a teenage girl who lives between modern-day Japan and a virtual world called ‘U’. Aside from the sci-fi angle, ‘Belle’ is also similar to Hosoda’s previous films as it will explore the themes of family and youth.

Alongside the film’s announcement, the first key visual for ‘Belle’ has been released:

In case you’re unfamiliar, Mamoru Hosoda is a Japanese director who is renowned for his anime films, including The Girl Who Leapt Through Time, Summer Wars, Wolf Children, and The Boy and his Beast. His latest film, Mirai, released in 2018 and is one of his most acclaimed films as it was nominated for an Academy Award for Best Animated Feature.