The event is open to players in the Philippines, Thailand, Malaysia, Vietnam, and Indonesia. 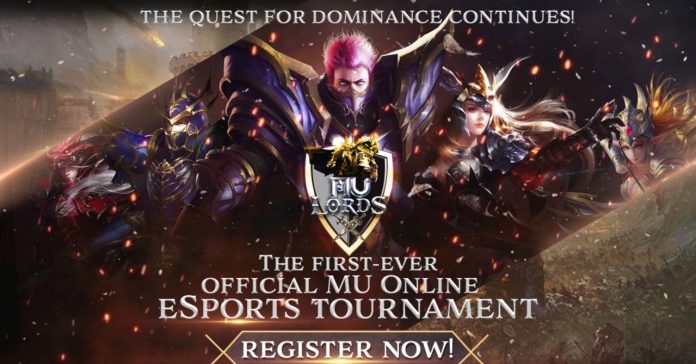 PlayPark has recently announced MU Lords, and it is the first esports event for MU following its relaunch back in March. MU Lords is also the first-ever international esports tournament for MU, and it will be open to players in the Philippines, Thailand, Malaysia, Vietnam, and Indonesia.

“This is the first time an international esports event will happen to MU. This is a big part of MU’s history, because we are finally able to tell the stories of our top players to a bigger audience. We have been coordinating with other participating countries to make sure the first-ever MU Lords is going to be an exciting experience for the whole community,” shared Dan Imperial, Product Manager for PlayPark MU.

MU Lords is happening from December 2020 until January 2021, and there, players will face off in order to determine who will represent each country and guild in MU Lords.

MU Lords kicks off with the qualifiers, which is happening on Sunday, December 6, 2020. MU Lords has four categories, meaning players at different character levels have a chance to participate. Over PHP 300,000 worth of cash and in-game items are at stake for the First ever MU Lord Champion, which will be crowned in the Playpark Allstar 2020 Championship happening in the first quarter of 2021.

All MU Lords matches will be held online and will be streamed on the official PlayPark MU Facebook Page. Games will be casted by veteran MU casters and streamers, KalboGaming and GhostCODEX.