The next-gen version of Siege is also available now on PS5 and Xbox Series X|S. 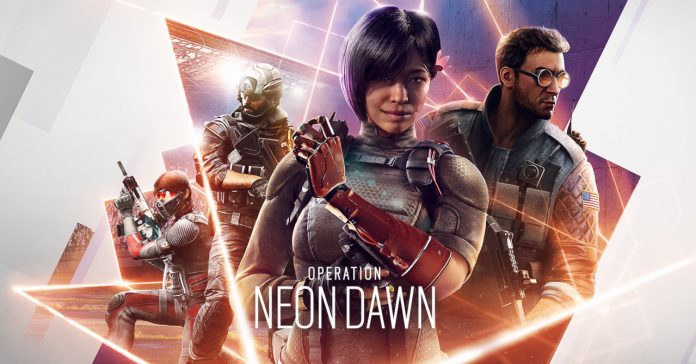 Ubisoft has finally released Operation Neon Dawn, the final season of Rainbow Six Year 5. As with previous Operations, Neon Dawn features a brand new operator, a rework of an existing map, and more improvements. Alongside the new Operation, the PS5 and Xbox Series X|S versions of the game are also available now.

The new Operator in Neon Dawn is Aruni, a Defender hailing from Thailand. Aruni is equipped with a special gadget called the Surya Gate which deploys laser gates on walls, hatches, doors, and windows. These gates damage Attackers and their utilities (such as drones and projectiles), but they turn off to allow defenders to pass. Alongside this, Aruni uses a P10 RONI or a MK 14 EBR as a primary weapon, and a PRB 92 as a secondary weapon.

Operation Neon Dawn also brings a reimagined Skyscraper map. In this new version of Skyscraper, there are a lower number of balconies, as well as an entirely new rotation between the two sides of the building on the second floor. Finally, the bombsites have been balanced to make them all more competitive.

Owners of the Year 5 Pass can now play Aruni, while other players can unlock her with Renown or R6 Credits starting December 6, 2020.

Finally, the PS5 and Series X|S versions of Rainbow Six Siege is available now for purchase. These versions are also available for free to existing Rainbow Six Siege players on PS4 and Xbox One respectively. The updated version of Siege allows for gameplay with up to 120FPS and up to 4K resolution.