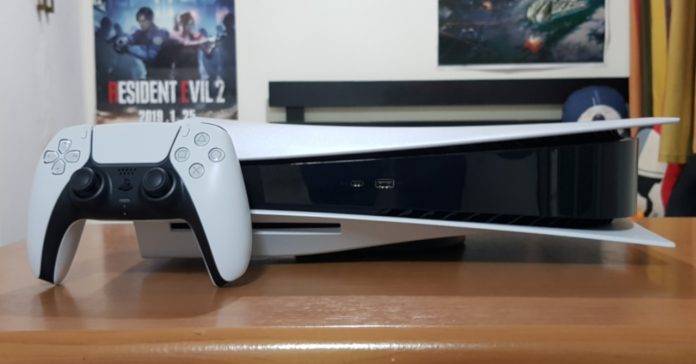 The long-awaited PlayStation 5 has finally released in the Philippines, and those lucky enough to have secured pre-orders should now be proud owners of the next-gen console from Sony. Though in case you’re still on the fence on getting a PS5, or if you missed out during pre-orders, here’s what to expect if (or when) you get one for yourself. 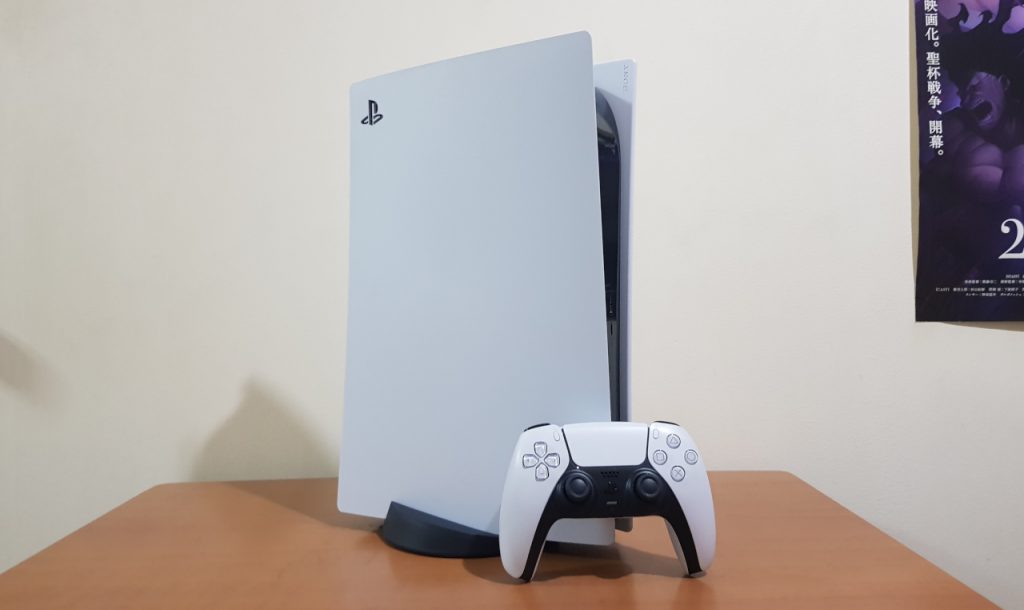 First things first–the PS5 is MASSIVE. While game consoles aren’t exactly small, the PS5 is one of the biggest ever. In fact, it’s easily the biggest console from Sony yet. While it may not seem too big in some photos, here’s a side-by-side of the PS5 with the slim PS4: 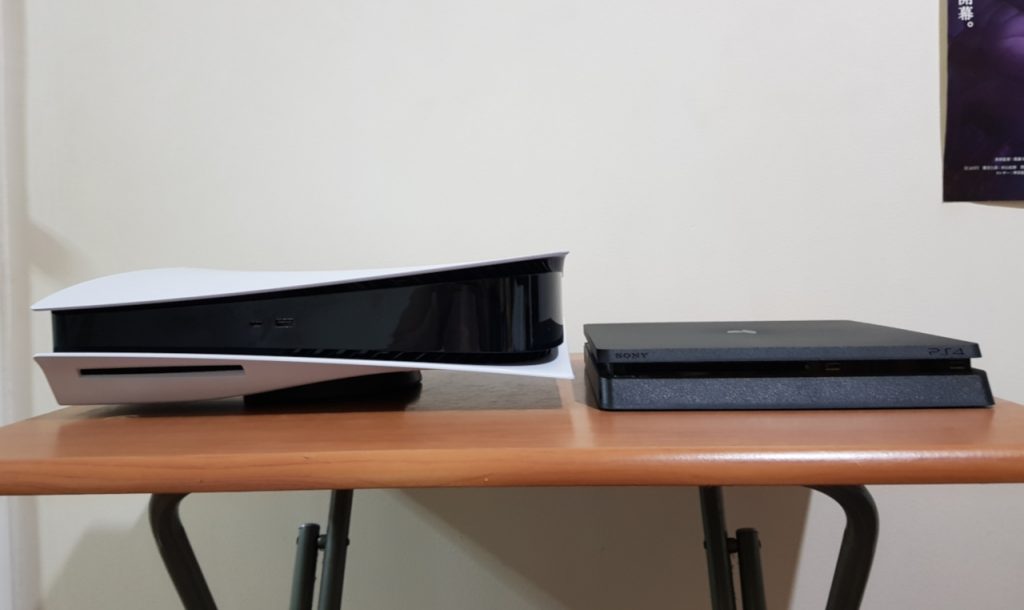 So yes, the PS5 absolutely dwarfs the PS4 Slim, both in thickness and in height. So if you do plan on getting a PS5, you better make sure that there’s enough space under or on the side of your TV/monitor.

Aside from being a huge, the PS5 is also very striking, especially for console standards. While previous PlayStation’s are just black boxes, the PS5 has a white-and-black color scheme, complete with a distinctive design. While it’s a bit hard to describe, some people have likened the PS5’s design to a WiFi router or an air purifier.

The PS5’s design may be a bit out there, but personally, it grew on me after a while, especially when I saw it in person. This is because the details on the console are pretty nice. For one, the matte white panels look great and have eye-catching curves. What’s more is that on the inside of the panels, you can see a unique pattern consisting of tiny PlayStation button.

Another detail I liked about the PS5 is the lights. The console has lights built in along the fan exhaust. This makes for a cool light effect, especially when your room’s lights are off when playing. Though don’t worry, they shouldn’t be distracting enough to take your focus out of the game. 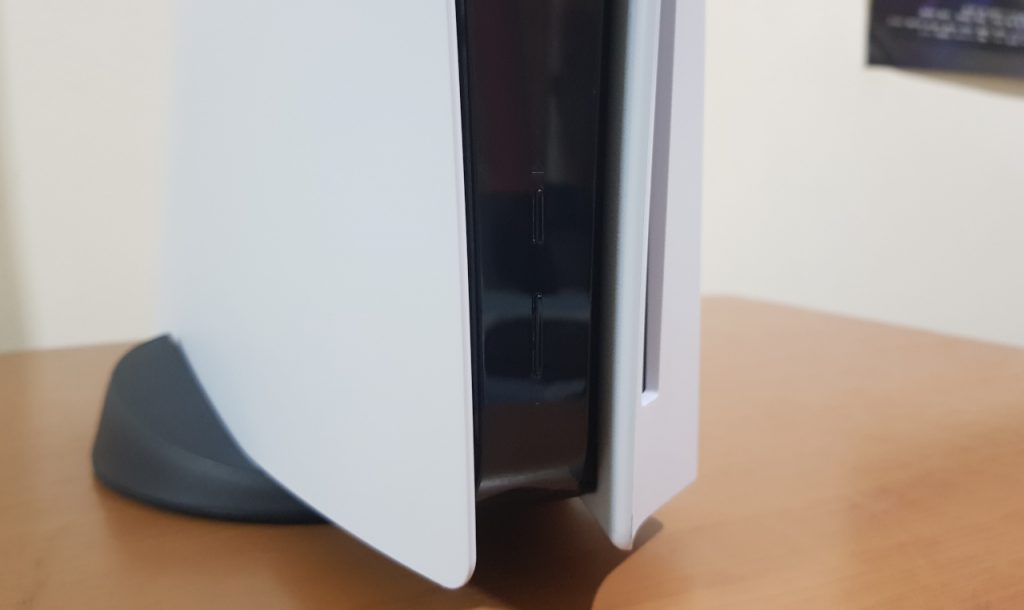 On the other end of the exhaust are the Power and Disc Eject buttons which are a bit hard to see, even in person. While the fact that they blend in to the black inside of the PS5 makes the console look sleek, I would’ve appreciated if there was a clearer marking for each button.

Given its unique design, the PS5 needs a stand whether you’ll use it vertically or horizontally. So inside the box, the PS5 comes with a proprietary stand that can be used in either orientation.

The stand is easy to use, whether you choose to orient your PS5 vertically or horizontally. Though it does feel a bit flimsy, especially as it’s made of plastic that’s not exactly the thickest. While it remains to be seen how long this stand will last, hopefully Sony releases a PS5 stand that can be bought on its own. 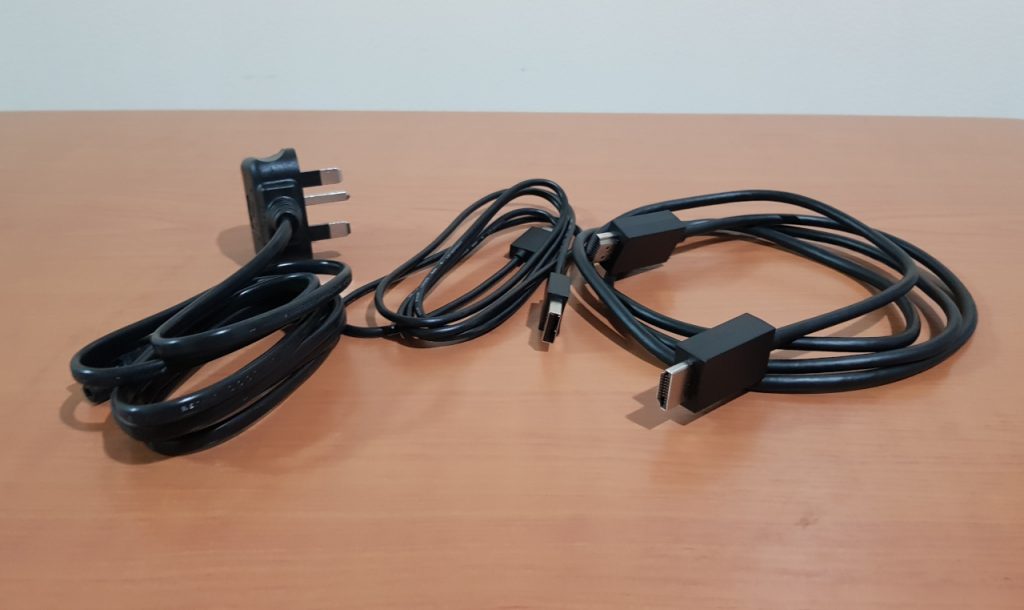 Aside from the stand, the PS5 also comes with a power cable, a USB-C to USB-A cable, and and HDMI cable.

Now for I/O, the PS5 has a USB-A and a USB-C port at the front. At the back meanwhile are two more USB-A ports, an ethernet port, an HDMI port, and the power port. 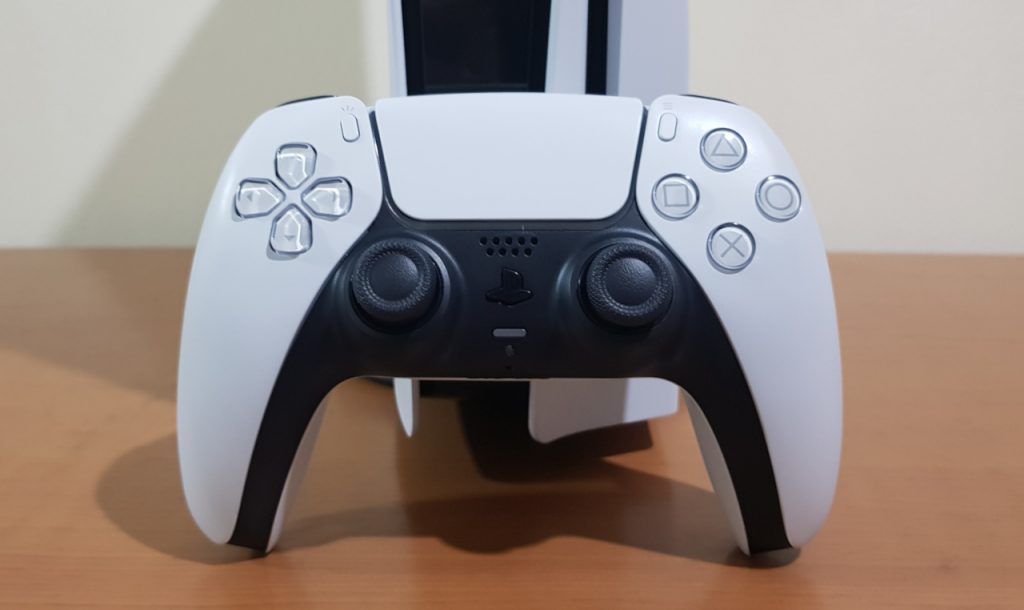 While the PS5 by itself is already interesting, the next-gen console comes with a new controller called the DualSense. This controller comes with a host of advanced features, including haptic feedback–which is like a better controller rumble, as well as adaptive triggers which can put varying levels of tension to the L2/R2 buttons. These new features promise to make gaming on the PS5 feel more immersive (more on that in a bit).

Along with these highlight features, the DualSense also brings a host of improvements. For one, the controller now comes with a USB-C port. Next is that it now has a built-in mic, all while keeping the headphone jack at the bottom. As a bonus, the DualSense also has the unique “PlayStation button pattern” finish. 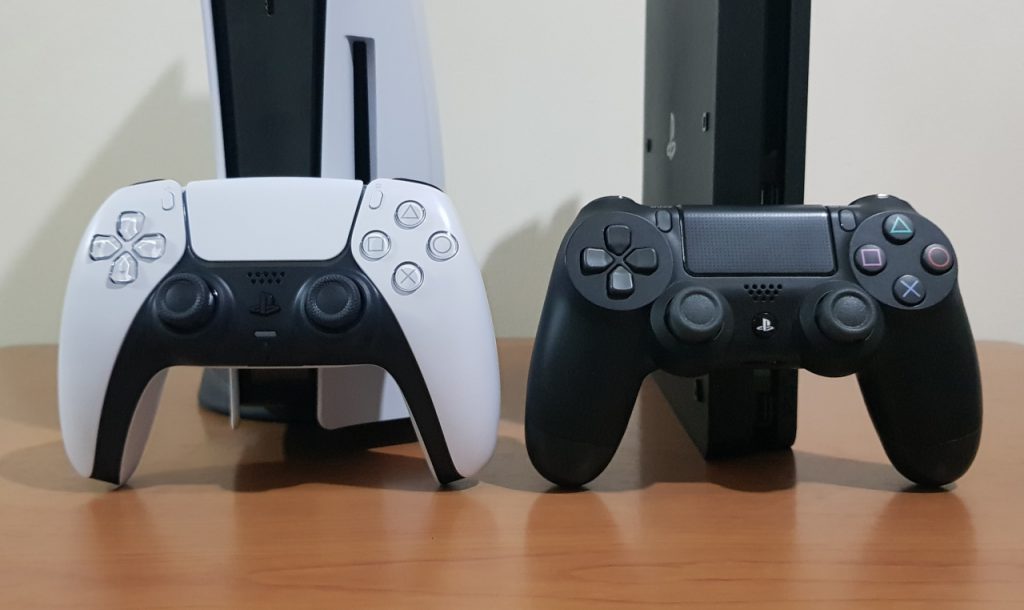 Compared to the DualShock 4 of the PS4, the DualSense is bigger and slightly heavier. Personally, I found the DualSense to be more comfortable to use given its larger size and better shape. Though of course, your mileage may vary.

As I’ve only recently gotten my hands on the PS5, I have yet to have some longer gaming sessions on it. Though in my initial gameplay on it, I tested Astro’s Playroom, as well as God of War (for the PS4) to test its backwards compatibility. 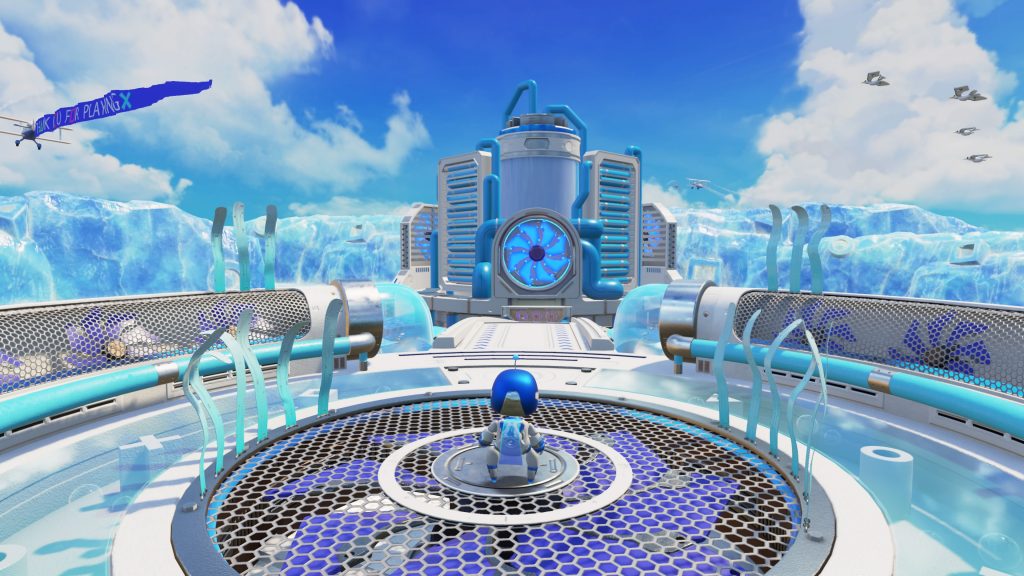 For Astro’s Playroom, I was only able to play a couple of levels, but I had a blast! While it’s a fairly simple platformer, it’s an excellent showcase of what the PS5 is capable of, both visually and experientially thanks to the DualSense controller. In my initial run of Astro’s Playroom, I was already impressed with the controller’s feedback as it managed to convey the feeling of moving across different surfaces. 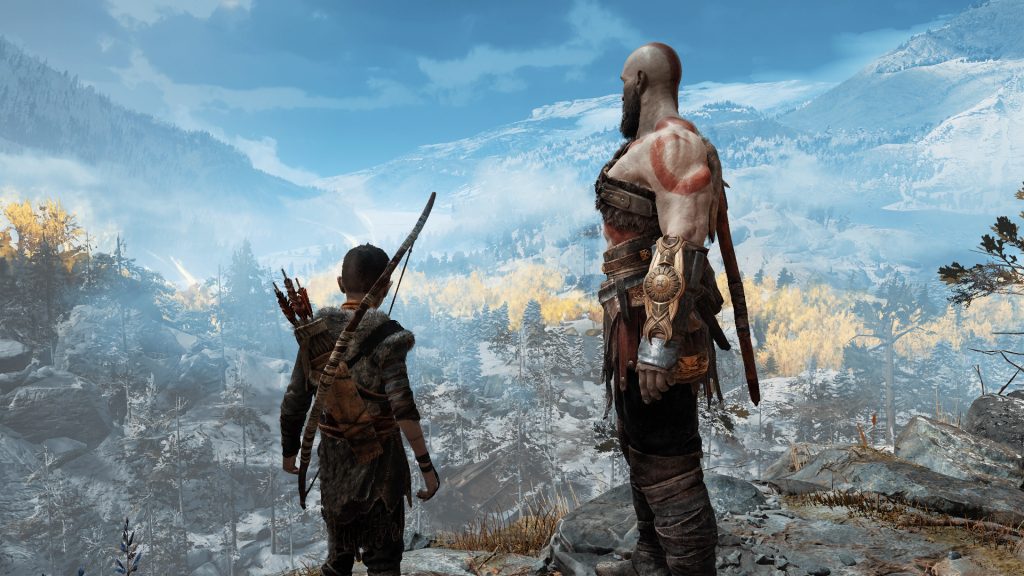 God of War also proved to be a great experience on the PS5. Thanks to the console’s power, God of War is able to run at a smooth 60FPS on the Favor Performance mode. For comparison, the PS4 Pro is only able to run the game at on or under 50FPS. 60FPS may not seem like much, but it’s a massive improvement for action games such as this one. 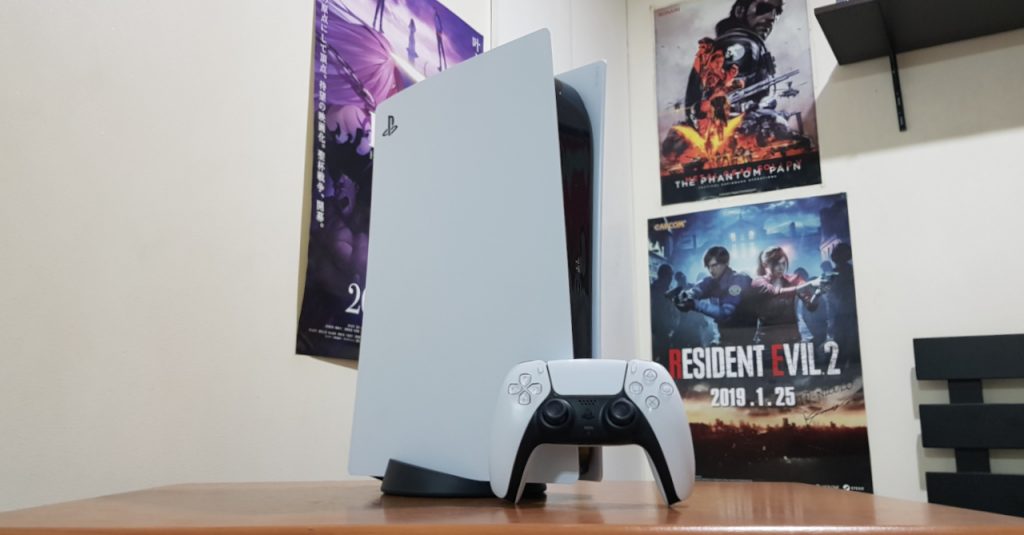 Right now, I still need to test the PS5 some more, but my first impressions of it are highly positive! The PS5 is definitely a beast, both in terms of size and performance (based on my initial gameplay at least). Plus, the DualSense is shaping up to be an incredible controller that’s more than just a gimmick.

For our final verdict on the PS5, watch out for our full review which will come out soon!

If you want to watch our unboxing experience, head over to our YouTube channel — and you could potentially win a PS4 or PS5 game of your choice. 😉