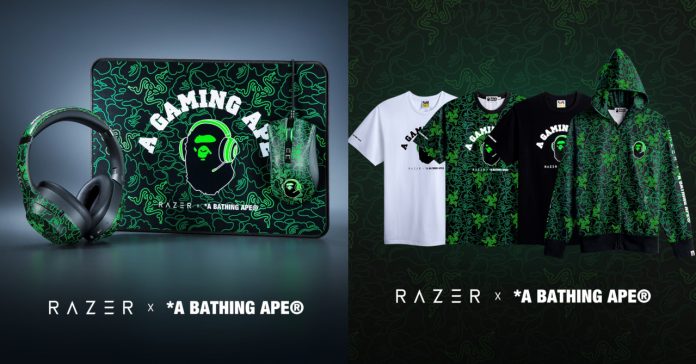 First announced last week, Razer and Bape have finally given us our first look at their new collab. The new Razer x Bape collection features various Razer gaming accessories and Bape apparel, all featuring a new design that incorporates Bape’s signature camo with the Razer logo and color.

The collab items also come with a modified Bape logo that features Razer’s color, and Kraken Pro headset. Plus, the collab log features the words “A Gaming Ape.” 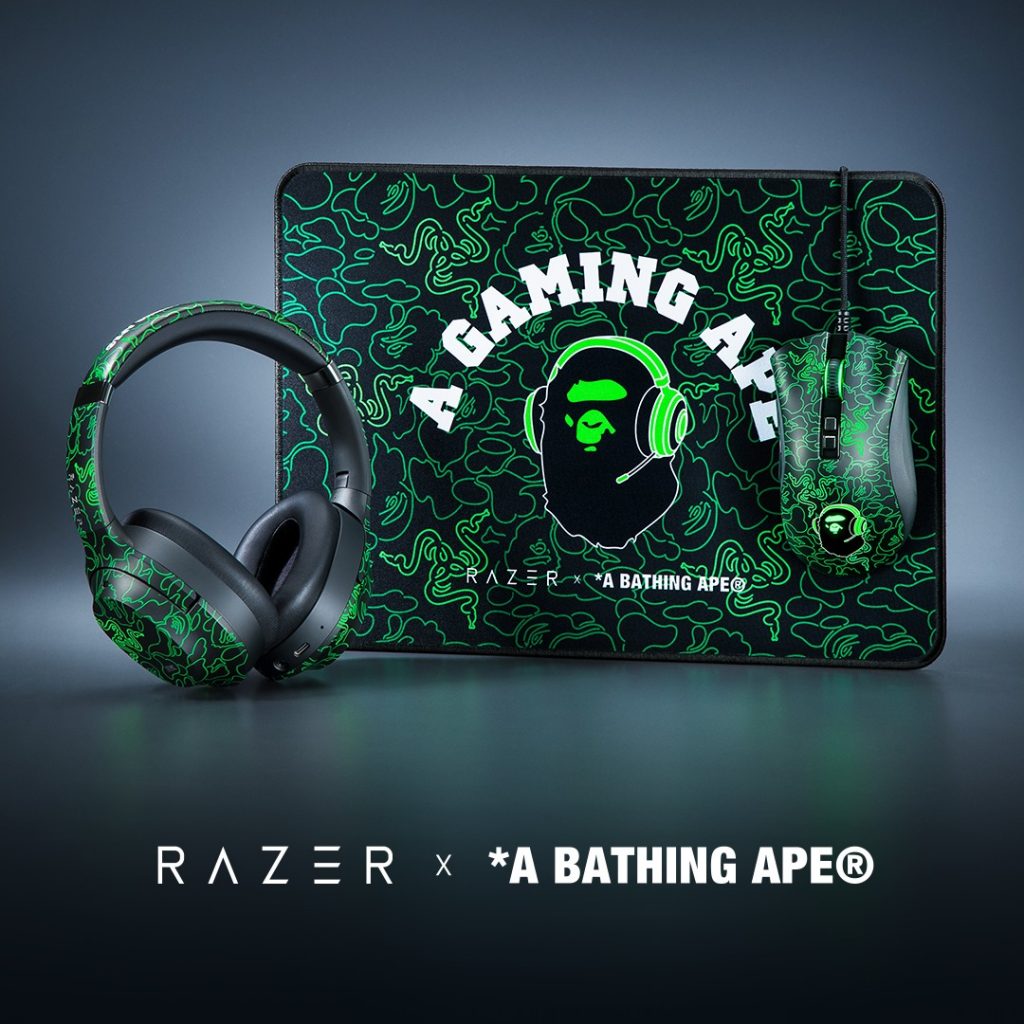 First up, we have the accessories, including a gaming headset, mouse, and mousepad. 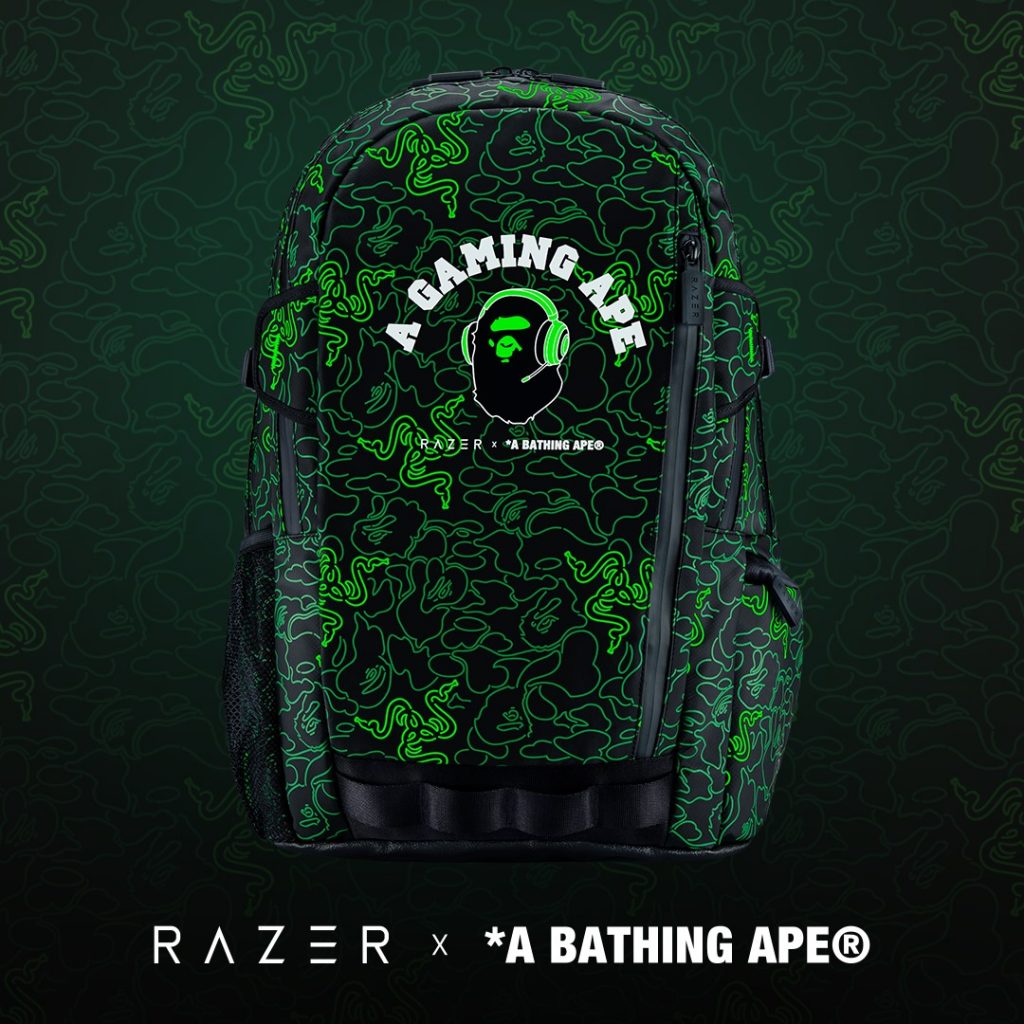 Aside from the aforementioned items, Razer and Bape’s collab also features a razer backpack. 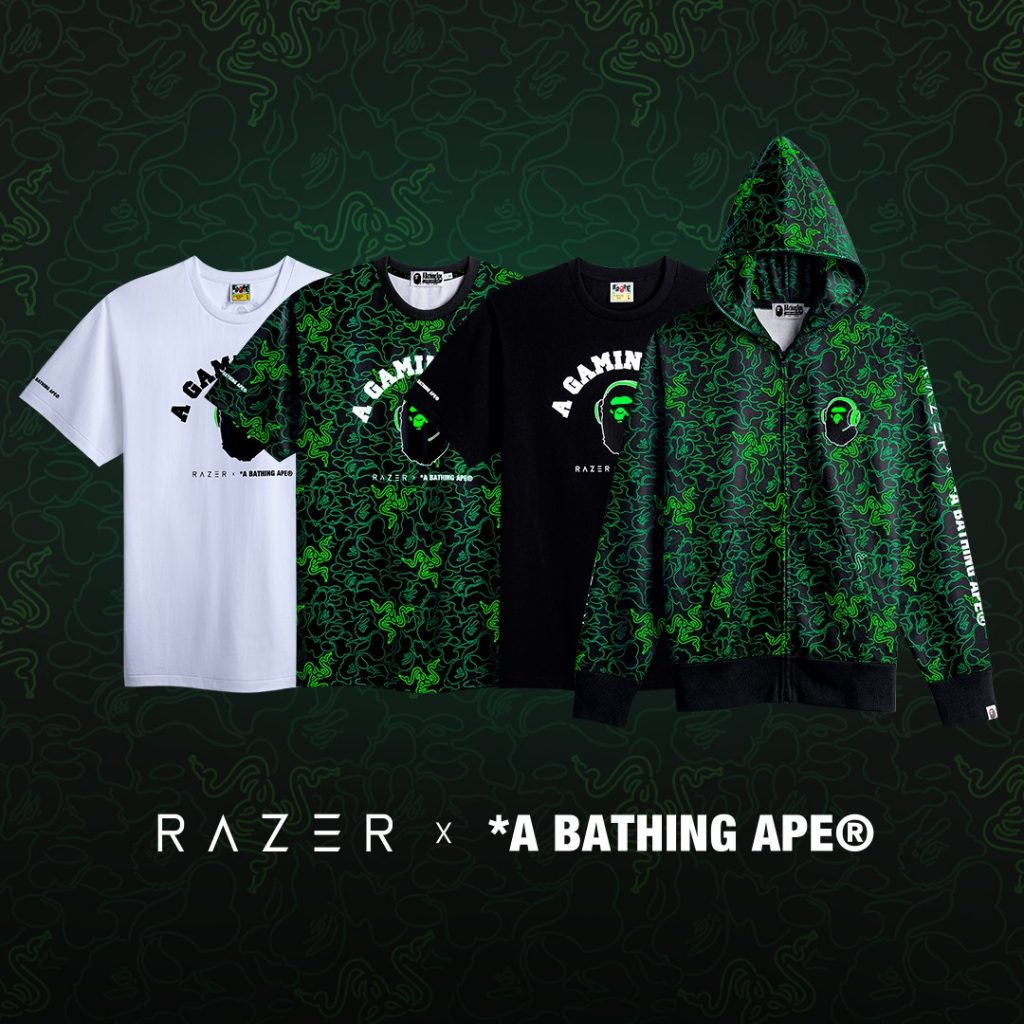 Rounding out the collection are Razer x Bape apparel, including t-shirts and a zip hoodie.

Check out some more images of the collab here:

The Razer x Bape collection will release on December 4, 2020 at 6pm PDT / December 5, 2020 at 11AM JST. The collab will be available on Razer.com, Razer Stores, and select Bape stores, including the US.BAPE.COM and BAPE.COM webstores.

While Razer is definitely a well-known brand among gamers, some may not be familiar with Bape. In case you’re unfamiliar, Bape (or A Bathing Ape) is a fashion brand from Japan that’s easily one of the most popular in streetwear. Bape was founded back in 1993, and has become a fixture in the streetwear scene thanks to its iconic designs, as well as various collabs.