A new Cells at Work! game is currently in the works 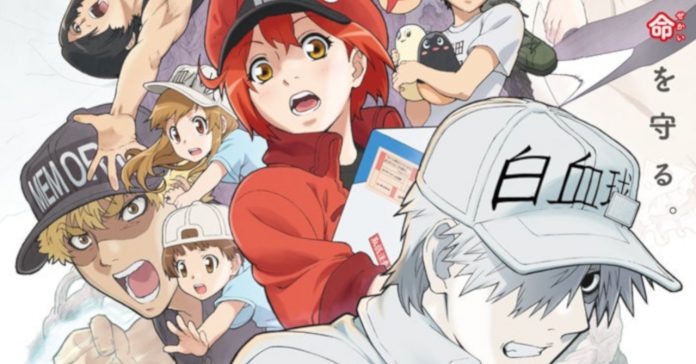 During a recent livestream, it was announced that a new Cells at Work! game is currently in the works, with the game being developed by NetEase Games.

While the game has been confirmed, there’s no word yet on when it will be released. NetEase has also yet to reveal what kind of game it is and on what platform will it be made for.

In case you’re unfamiliar, Cells at Work! is an ongoing manga series that’s set inside a human body and follows the story of anthropomorphic cells (including red blood cells, platelets, and more) as they help keep the body healthy. The manga has been adapted into an anime series, with the anime’s second season currently airing.

Cells at Work! is described in MyAnimeList as:

“Inside the human body, roughly 37.2 trillion cells work energetically 24 hours a day and 365 days a year. Fresh out of training, the cheerful and somewhat airheaded Sekkekkyuu AE3803 is ready to take on the ever-so-important task of transporting oxygen. As usual, Hakkekkyuu U-1146 is hard at work patrolling and eliminating foreign bacteria seeking to make the body their new lair. Elsewhere, little platelets are lining up for a new construction project.

Dealing with wounds and allergies, getting lost on the way to the lungs, and bickering with similar cell types, the daily lives of cells are always hectic as they work together to keep the body healthy!”