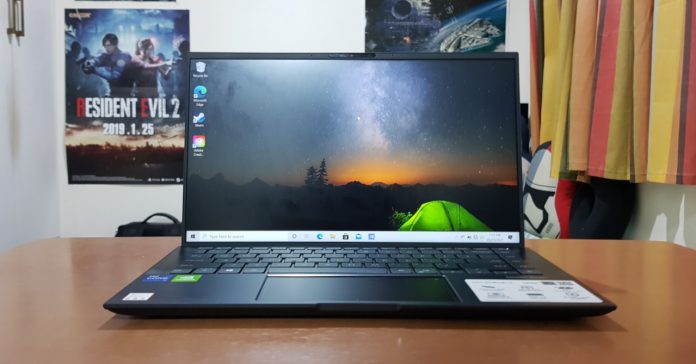 Last September 2020, ASUS unveiled its new laptop lineup that’s powered by Intel 11th gen processors. Shortly after ASUS launched the ZenBook 13 UX325EA in the Philippines, the first Intel 11th-gen powered laptop by the brand in the country. While the ZenBook 13 is a nice laptop, ASUS has just launched something even better! 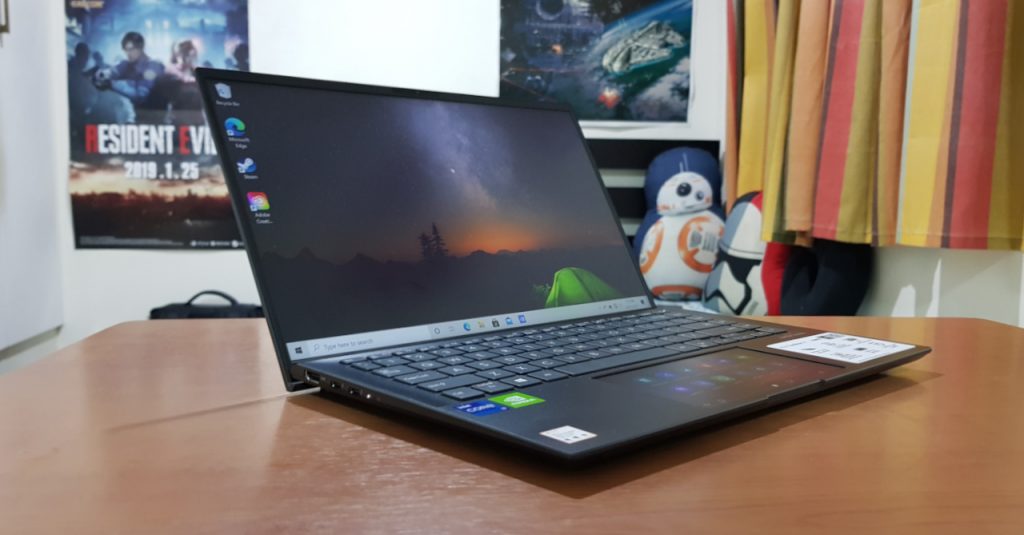 The brand recently launched the ZenBook 14 UX435 in the Philippines, and it’s a productivity-focused laptop with impressive specs. Though the highlight feature of it is no doubt the fact that it has a secondary screen–the ScreenPad 2.0. In case you’re unfamiliar with it, the ScreenPad is essentially a second touch display that takes the place of the usual laptop track pad. 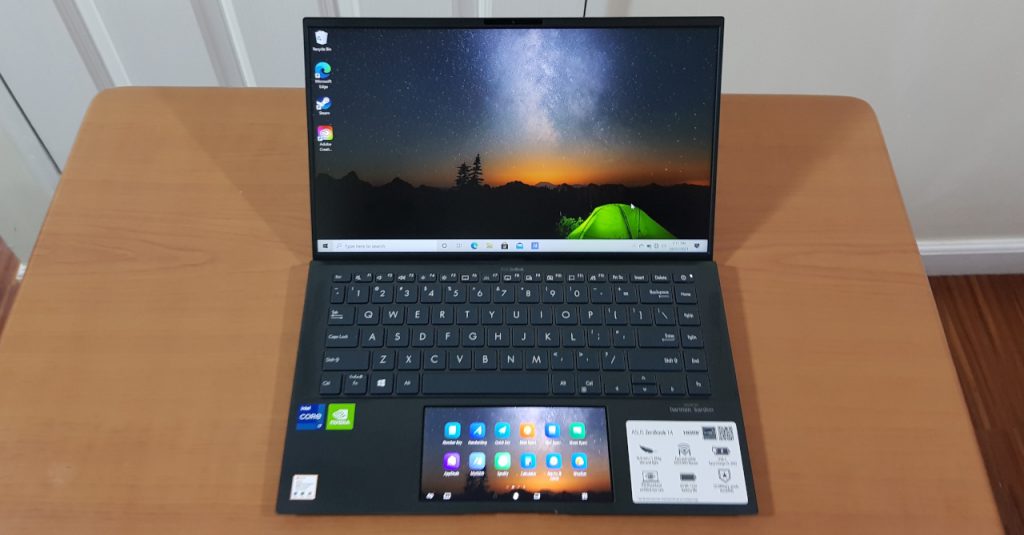 While this isn’t the first ASUS laptop that packs the ScreenPad, its version of the touch screen trackpad promises to be the best yet. Thanks to the ScreenPad 2.0, the ZenBook 14 is a laptop that’s an excellent match for users who want to get more out of their device. 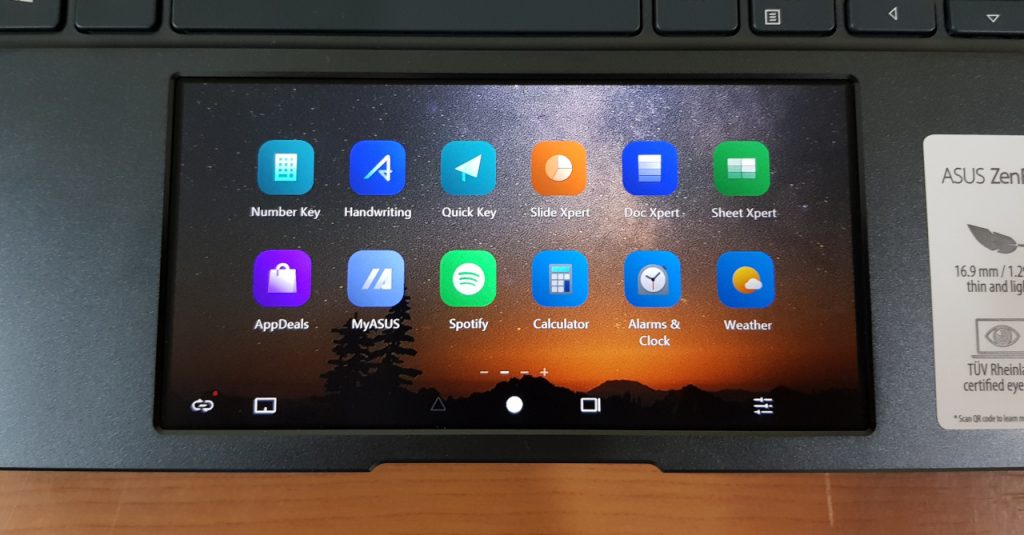 Why you may ask? For one, the ScreePad 2.0 has a bevy of apps, including Handwriting, Calculator, Spotify, and more. To take better advantage of these multiple available apps, the ScreenPad has the Task Groups feature which lets users open multiple apps with one tap.

Navigating the ScreenPad is also made easier thanks to the smartphone-like ScreenXpert software. With this, launching apps within the ScreenPad is made easy and intuitive. And if you do need to turn the screen off for a more standard touch pad experience, you can do so with just one tap on the bottom part of the ScreenPad. 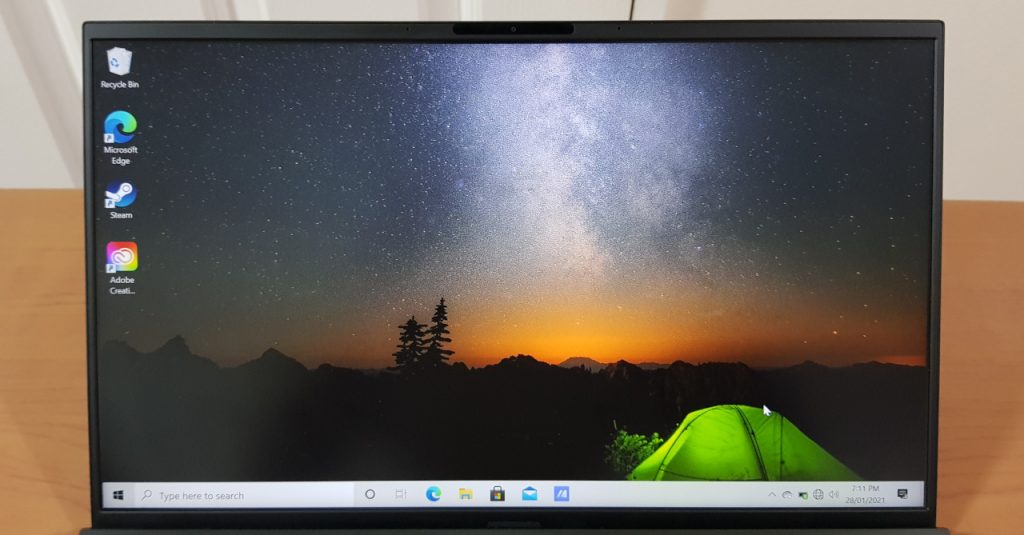 For its main display, the ZenBook 14 has a 14-inch LED-backlit FHD display with 2.6 mm-thin side bezels for a 92% screen-to-body ratio. Thanks to this, the display should satisfy most users, whether for work or for watching movies/shows.

Design-wise, the ZenBook 14 doesn’t look far from ASUS’ other ZenBook laptops. This is because the UX435 has the same concentric circle design, as well as the ErgoLift hinge that lifts up the display when opened. While it doesn’t stand out among other ZenBooks, it’s still a great-looking laptop on its own. Plus, the fact that it has a 14-inch screen while only being less than 1.3kg makes it a great laptop for users who want portability without sacrificing screen real estate. 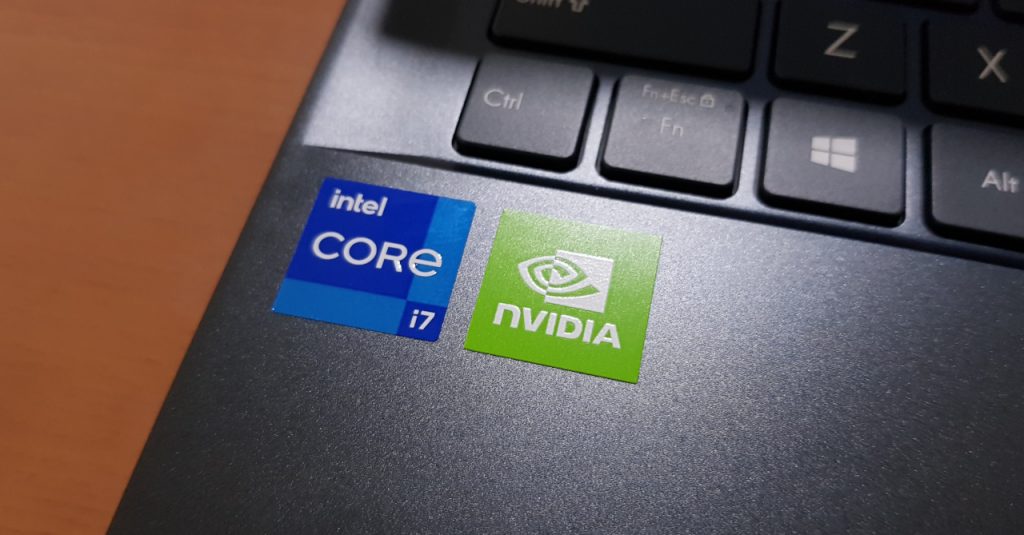 Powering the ZenBook 14 is up to an 11th gen Intel Core i7 CPU and an NVIDIA MX450 GPU. Because it has a dedicated GPU, the ZenBook 14 should be better for content creation compared to other ultrabooks that only have integrated graphics cards. Of course, we’ll have to test the laptop out some more to determine its performance capabiilties.

For I/O, the UX435 has 2 x Thunderbolt 4 USB-C, 1 x USB 3.2 Gen 1 Type-A, 1 x HDMI 2.0, 1 x 3.5 mm audio jack, and 1 x MicroSD Reader. While another USB Type-A could have been useful (for a wired mouse for example), the fact that it has an HDMI port, headphone jack, and microSD card gives it more connectivity options compared to other ultrabooks (such as the Macbook).

Inside the box, the laptop comes with a USB-C charger, a USB Type-A to ethernet dongle, and a laptop sleeve. 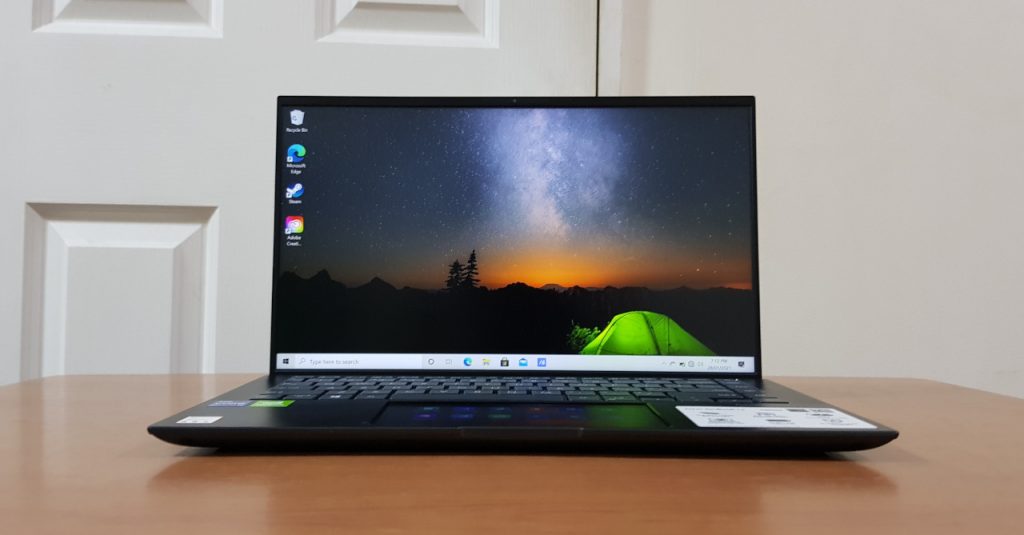 Thanks to the ScreenPad 2.0 and capable CPU+GPU combo, the ZenBook 14 UX435 seems to have all that a working professional will need from an ultrabook. But before we can give our full recommendation, we’ll have to test out the laptop a bit more. So for our final verdict, watch out for our full review!