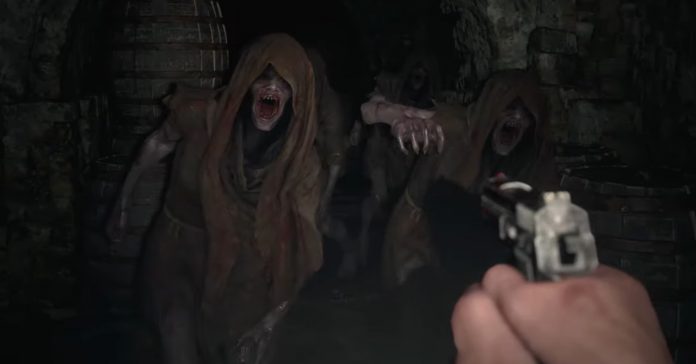 Along with the reveal of the game’s release date, Capcom gave us our first look at Resident Evil Village gameplay at the recent RE showcase.

As the game is a direct sequel to Resident Evil 7, Village will have a first-person perspective; though unlike RE7, Village will have an emphasis on blocking enemy attacks aside from simply shooting. Along with this, RE8 will feature various puzzles, as well as a wide range of enemies to fight (or flee from).

Combat wasn’t just the only thing shown in the gameplay trailer though. The showcase gave us a look at the game’s Castle, a place where protagonist Ethan Winters must go to in order to save his daughter. Inside the Castle, Ethan will have to face fearsome Vampires!

Watch the full gameplay reveal from the RE Showcase here (via Gamespot):

In case you’re unfamiliar with the game’s premise, Resident Evil Village is described as: