FAIRY TAIL: Forces Unite! is available now in the Philippines, Malaysia, and Singapore

Get the game now on Android and iOS! 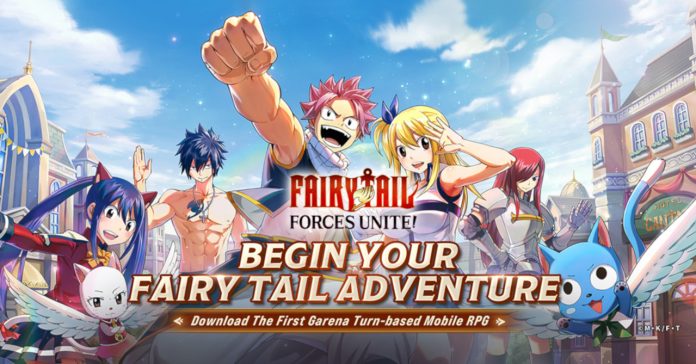 Garena and Kodansha have announced that the new mobile game FAIRY TAIL: Forces Unite! is available now in the Philippines, Malaysia, and Singapore. This new free-to-play mobile title is based on the popular Fairy Tail franchise, and it promises exciting RPG gameplay that Fairy Tail fans will love.

Prior to the game’s launch, “FAIRY TAIL: Forces Unite!” has garnered more than 500,000 sign-ups across the 2-week pre-registration period in Singapore, Malaysia, and the Philippines.

FAIRY TAIL: Forces Unite! will also feature trading, social systems, and more to complement the turn-based action. Finally, players who download and register their team now will get to claim the SS-Class Erza! Aside from being a Fairy Tail fan-favorite, Erza is a powerful and versatile addition to any team.