The event goes live on January 10. 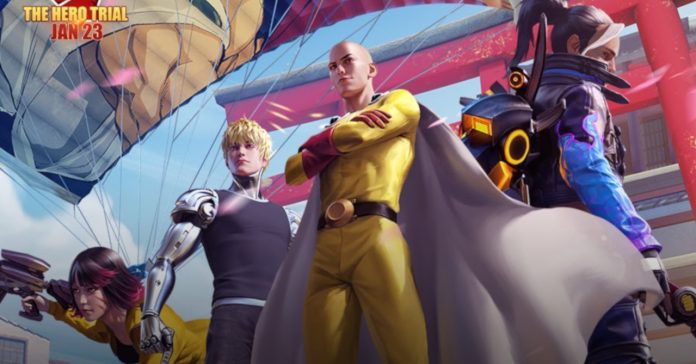 This new Free Fire event is kicking off on January 10, and it will offer plenty of in-game content inspired the by the popular anime/manga series, including reskins, costumes, a special event interface, and more! 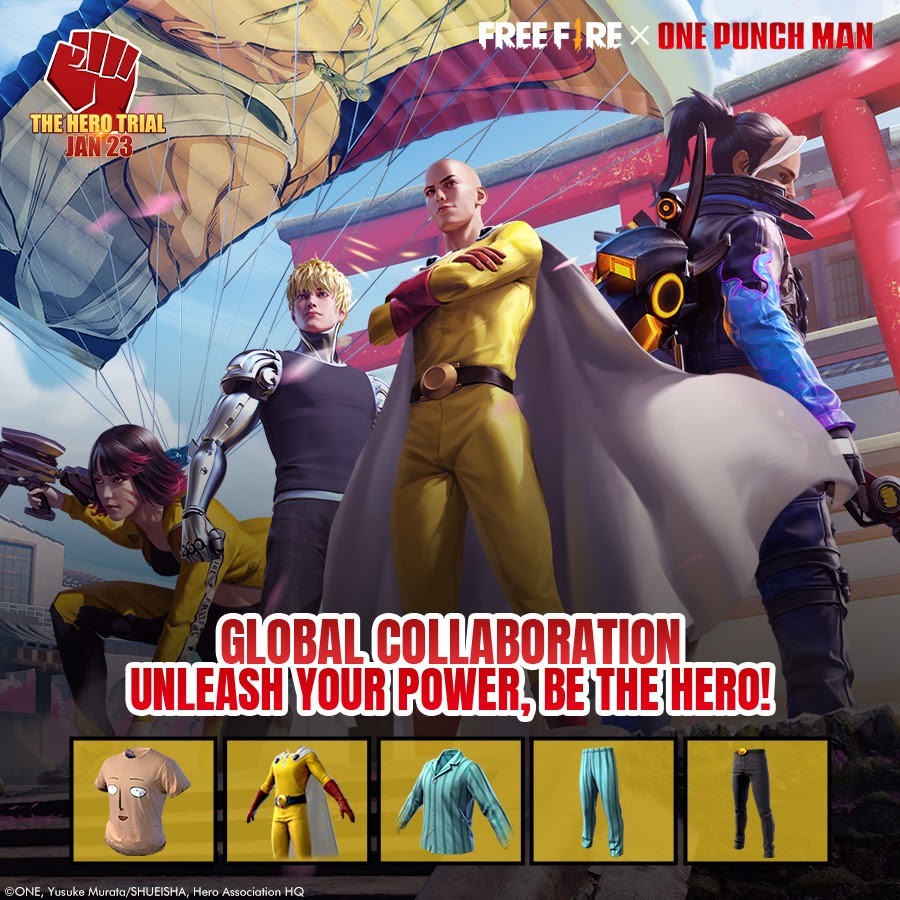 After The Hero Trial Event goes live, on January 15 players will be able to see the redesigned main interface that will reflect several One-Punch Man elements. Aside fromt he interface, players will also be treated to easter eggs and reskins of in-game elements such as airdrops and airships. 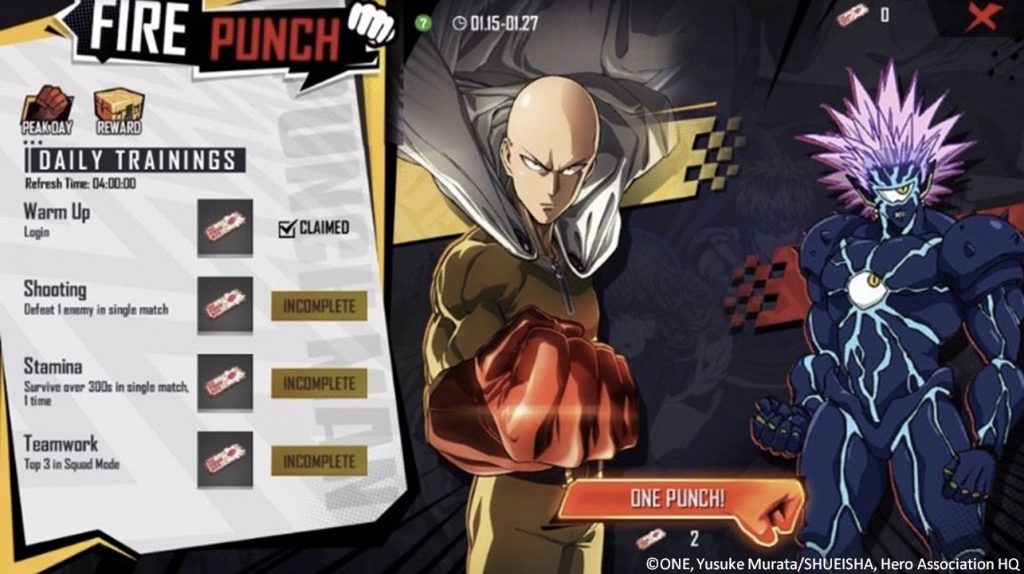 As a crossover event, The Hero Trial won’t be complete without in-game items. In that regard, the event does not disappoint as players will have access to a variety of One-Punch Man fashion items inspired by the series. These items include  Saitama and Genos character costumes, backpack and Gloo Wall skins, as well as the “I’m Saitama” emote!

From January 15, there will be special training sessions that will offer players the chance to earn various rewards. To attend these training sessions, players must collect One-Punch Man Tickets from in-game map drops and by completing the daily missions. 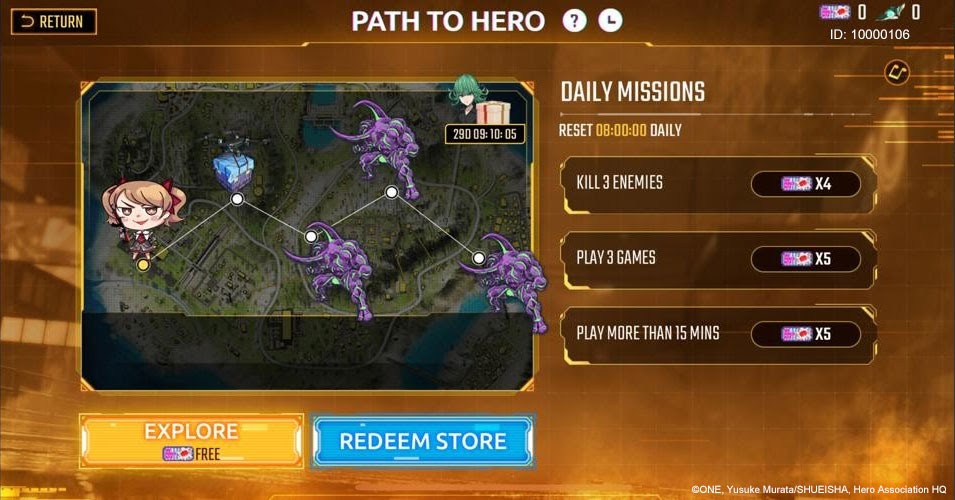 Finally, a web event called ‘The Path to Hero’ is happening from January 16 to 26. This web event will send players down the hero path filled with both monsters and treasure boxes. Each treasure box will give players tokens that can be exchanged for rewards in the redemption store. Players will need to earn exploration tokens by completing daily missions.