Asuka joins the Hyperion in this event! 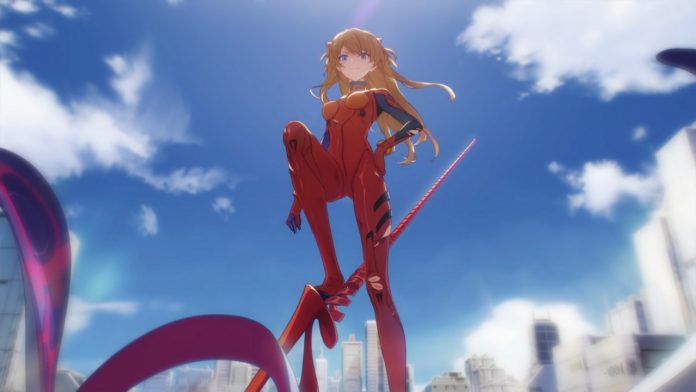 After unleashing the mega hit Genshin Impact last year, miHoYo’s previous game that pioneered their global success, Honkai Impact 3rd, seemed to lay low in the public eye. That’s not to say there were no updates though; in fact, miHoYo added tons of new contents over the past few months. Updates and events that I admittedly skipped because I was guilty of enjoying their new game (I really want that Cocogoat). But it seems that version 4.5 brings enough reasons why I should be heading back to the Hyperion as their biggest event to date has finally begun!

The Honkai Impact 3rd X Evangelion collaboration event is finally here and boy, I just can’t find the right words on how excited I was when I re-entered the bridge after a few months of absence. I’m not even sure if I’m still in the Hyperion as instead, the ship’s elevator took me straight to the Eva Unit-01 hangar. 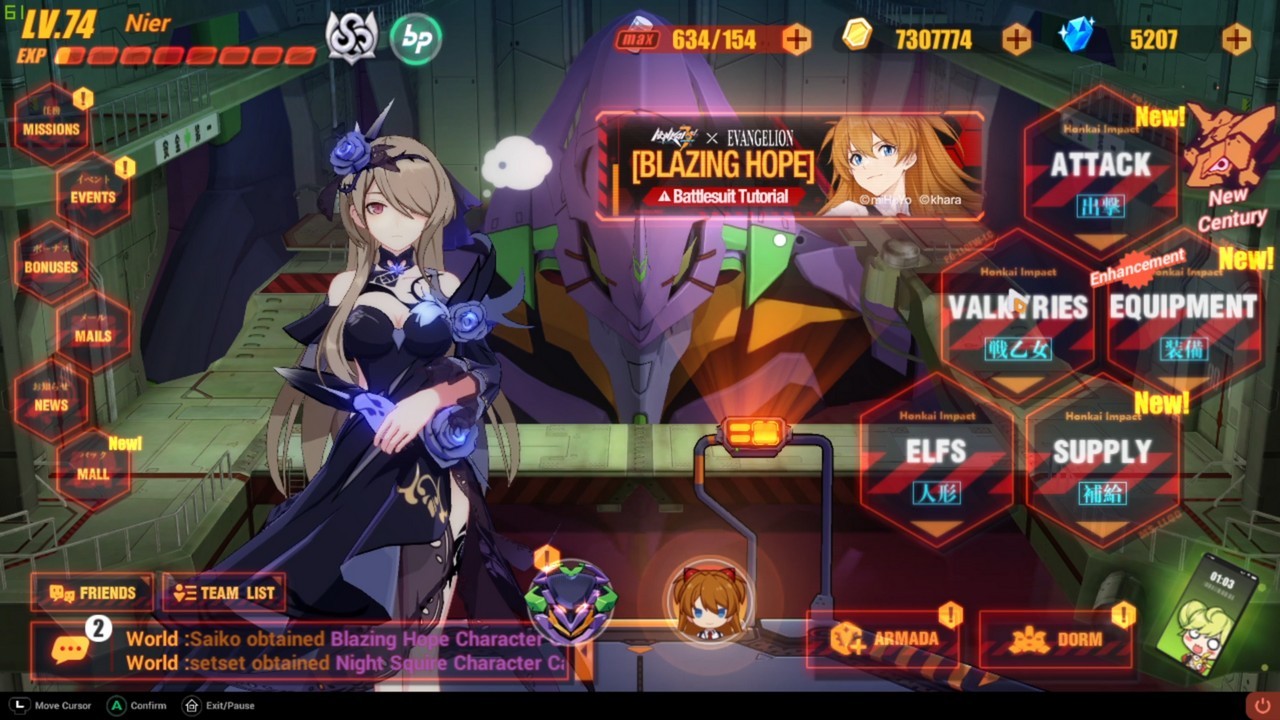 Try not to pay attention to my unconsumed stamina, but notice the things they brought with this update. One of those things that I want to highlight is instead of going up, the elevator now goes down this time. A minor detail but still a welcome one as EVAs are all deployed from underground in the anime.

The event chapter of this collaboration is called New Century. And while I haven’t touched the main event yet,  by digging into the game’s files and based on the trailer, Mei will play the role of Shinji and scenes from the anime are recreated. Plus, the Angels will even make an appearance! 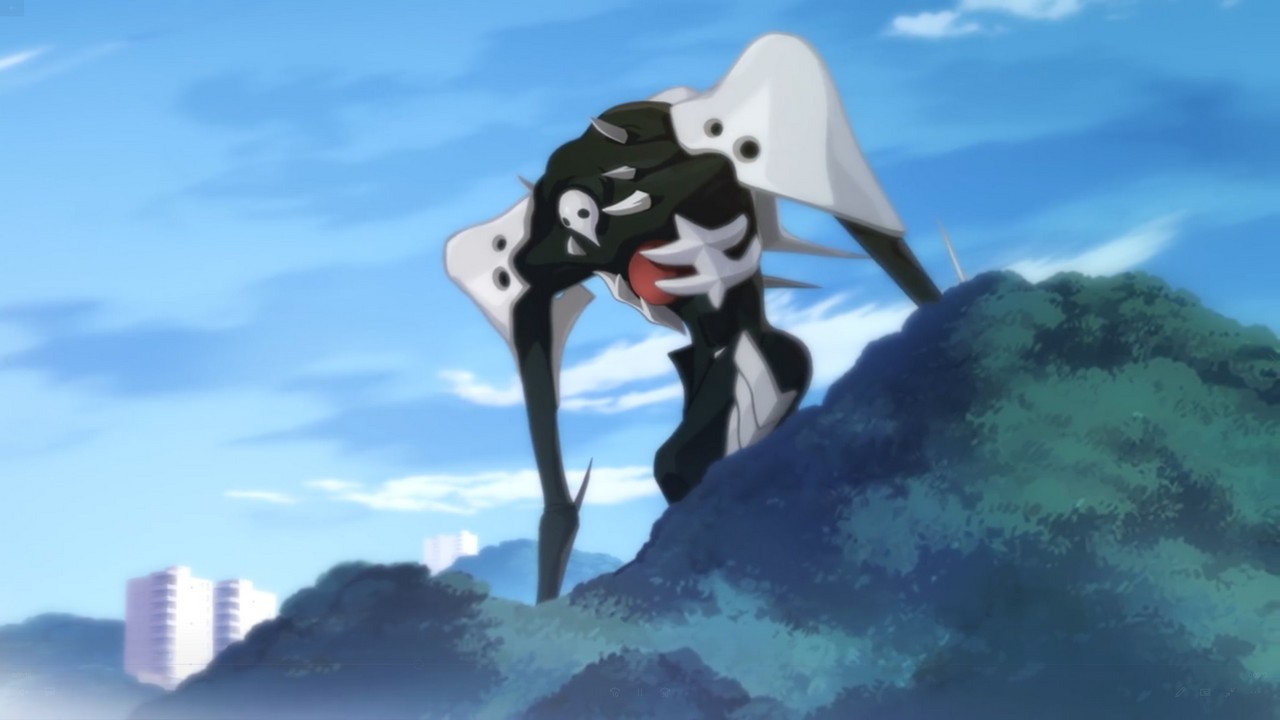 Although the best thing and perhaps the one thing that people are really losing their minds over right now is the addition of the guest Valkyrie Asuka (based most likely on the Rebuild series instead of the original anime). In Honkai Impact, her battlesuit Blazing Hope is recruitable throughout this event by either trying your luck on the special supply gacha or by collecting her valk frags.

My first impressions of her kit is that she’s a bit tricky with her combos as they require timed charged attacks to release their full damage. Also, her kit can be compared to the Valkyrie Gloria as Asuka also wields Lances and relays heavily on building up her own bar. Called the Field Energy, spending this bar modifies her attacks by holding the attack button; it can also be chained to other attacks.

Her Ultimate meanwhile is Thorny Lance Bloom, and it not only modifies her overall attack moves, but also skips her charging attack to deal 3*200% + 800% attack as physical damage. Tapping again will let Asuka toss her lance to deal 1500%+15*50%+500% of physical damage. Though keep in mind that these stats are all in its base form.

Lastly her Ultimate Evasion will trigger a Time Fracture that also deals bonus damage when an attack input is chained. Just to add, out of all Valkyries that I tried I find the animation of her evasion not awkward as it feels natural to dodge. 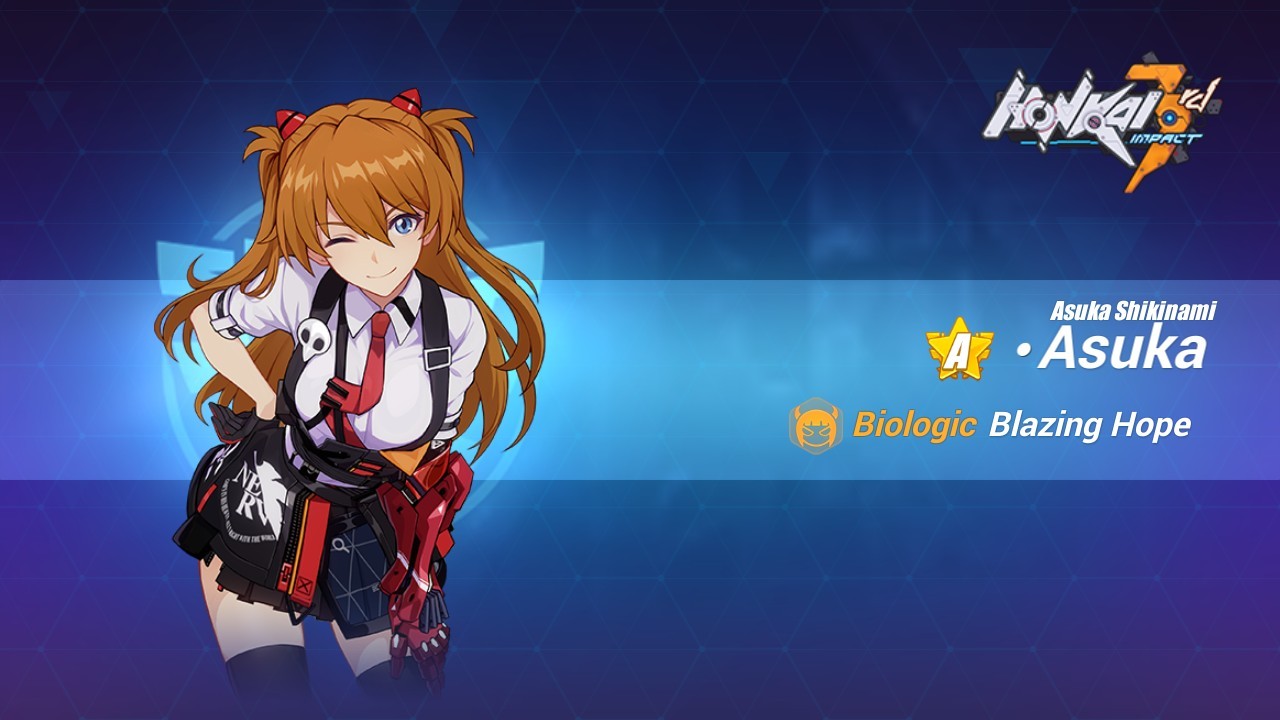 Though once you get past Valkyrie Asuka’s learning curve, her heavy physical damage can be really handy, especially when accompanied with characters like Starlit Astrologos as Kongming or Teri-teri. But Asuka’s full Valkyrie potential can only be attained by collecting her signature weapon and stigs–the Lance of Longinus and the Children stigmata set. These greatly enhance the wielder’s charge attacks; they even gain more bonuses when equipped to Asuka. Overall Asuka can provide huge DPS for your team, though I can’t really say if she can compete with the Meta Valks. Regardless, she is still worth recruiting so try not to miss out on this opportunity. 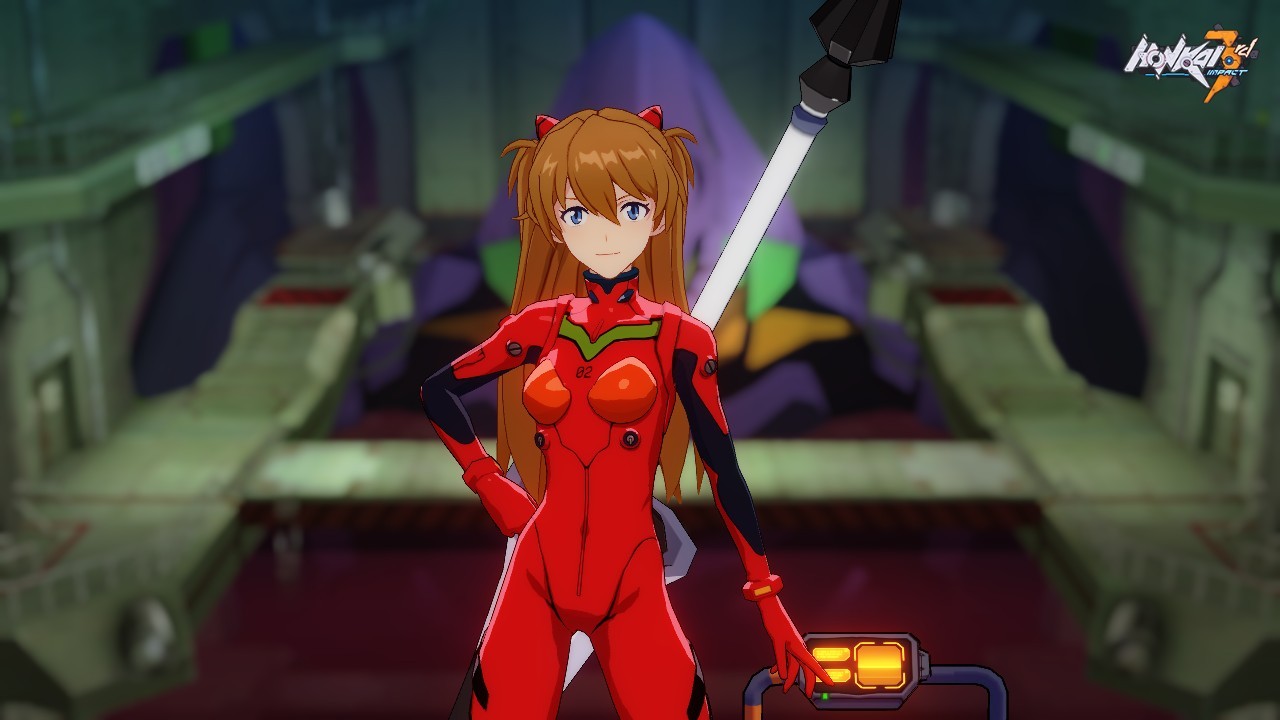 Not only you can recruit Asuka as a playable Valkyrie on this event, Captains can also collect Evangelion themed costumes for Void Drifter, Herrscher of Reason, and Asuka. By default, when Asuka is recruited, she looks like she borrowed some clothes from Tesla. But by collecting Ration tokens and exchange it to the event shop, you can get her iconic Eva Unit-02 plugsuit that completes her signature look.

So without question, this collaboration event brings a ton of reasons to return to the Hyperion if you’ve been away for a while like myself. But keep in mind that this event runs only from January 22 till Feb 21. So if you really want to recruit Asuka and max her stats, you better start now.